Being able to articulate an empathetic response within an appropriate time frame is key to managing a brand reputation crisis. However, Ryanair’s recent handling of a racist incident displays a complete lack of understanding of the situation, as well as its inability to manage the negative backlash.
In a video filmed by another passenger, it showed David Mesher shouting at 77-year old Delise Gayle in a dispute over seating arrangements, using very strong, abusive and racist language.

By looking at the timeline of events, you can see that Ryanair has failed to contain the crisis by delaying its initial response, putting out a corporate statement and then responding in a very defensive manner.
19 October – Racist outburst occurs on a flight from Barcelona
19 October – Video uploaded onto social media
20 October – News story picked up by global media
21 October – RyanAir issues statement

Statement: We are aware of this video and have reported this matter to Essex Police

22 October – Petition started on change.org for Ryanair to apologise and compensate Delsie Gayle
22 October – #boycottryanair is trending on Twitter
26 October – Ryanair issues a seven-point statement with a statement from Robin Kiely

In one week, Ryanair has found itself being published in over hundreds of media with comments about its failure to deal with a customer issue, as well as thousands and thousands of tweets calling for the company to take more decisive action.
To date, the change.org petition has received over 341,000 supporters. The #boycottryanair, according to hashtagify.me is now 25.7 in popularity and has increased by 33 percent over the month. Below is a typical example of the comments made on Twitter by a disgruntled customer.

Sadly, @Ryanair care so little for their passengers that they haven’t bothered to respond to anyone’s comments about them on Twitter. I’m ashamed to see an Irish company behaving in such a vile way; but do @Ryanair give a damn about that? Of course not! #boycottryanair

What should have been done

While Ryanair was not able to control the breaking of the crisis, it could have controlled how the crisis played out with a more robust communications approach. Within hours of the video circulating, there should have been a holding response posted on social media maintaining that the company was investigating the issue and it did not condone any form of inappropriate behaviour by its passengers.
Over the next few days, the company should have been demonstrating on social its passenger charter that “we will strive to make your travel an enjoyable experience”. Simply saying the matter had been reported to the Essex police was not enough to demonstrate to customers that it was taking the matter seriously.
Hiding behind corporate statements is not the way to deal with a very public issue. The company needs an Executive to talk about how racism is not acceptable behaviour and how it has trained its staff to resolve these situations.
Remember how Starbucks tackled a similar issue early in the year? Within days after there was an issue in its Philadelphia store, Starbucks closed all of its stores across the US to retrain all of its 175,000 employees to complete racial bias training.
Ryanair passengers have taken compensation claims for cancellations or delays to arbitration this year than any other airline. Statistics from the Alternative Dispute Resolution (ADR) service showed that Ryanair accounted for 30%  of all appeals,

When trust in the brand is already at a low point, its minimalist response on social suggests that the company simply doesn’t care about the treatment of its passengers and it has a lot of work to rebuild that consideration in the wake of this new crisis. 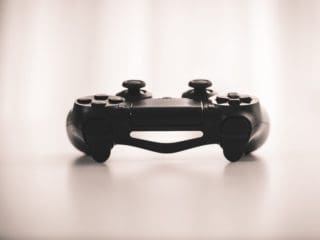 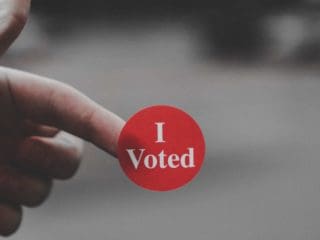 Next Post (n) Authenticity in Marketing and Customer Service: a lesson for brands from the US Election