A little while back we noticed something strange going on with the Emoderation Twitter Account – our follower numbers had increased exponentially overnight.
While it’s nice to think it was because of our amazing content, it didn’t take much to see something was wrong. The rate of the increase was astronomical and a quick scroll through our new-found friends quickly revealed that many of them were spam accounts.
The @emoderation account had shot up from around 5,000 followers to around 25,000 followers over night and was increasing by hundreds every hour. It looked like someone had sent us tens of thousands of fake Twitter followers.

More than just a number

We’ve never paid for followers, would never condone that as a tactic and this situation presented us with a serious reputational risk.
It is however a fairly common tactic and there’s plenty of instances of big names shelling out for a boost to their numbers. The market for fake followers is big and it’s getting cheaper to buy your way to a huge following.
But is artificially increasing your follower count really that bad? We think it is. Buying followers (or Facebook Likes, Pinterest re-pins or YouTube views) might be easy to do but it’s also risky.
Buying followers is a breach of Twitter’s terms of service, so anyone who does this runs the risk of having their account suspended. Considering the kind of companies that sell these services, your chances of getting a refund if this happens are slim.
Fake followers pose a risk for your real followers through the phishing and spam links they tend to auto-post.
Fake followers are useless for engagement apart from the initial follow, fake followers will never engage with your content in a meaningful way.
It looks desperate and inauthentic. It’s really easy to see how many of an account’s followers are fake and you can easily be found out.
Also, the followers you paid for aren’t likely to stick around forever – the accounts will die off over time as they get blocked and reported – taking your money with them.

Everyone gets followed by the occasional fake account and they’re usually pretty easy to spot.
Spam Twitter accounts will usually show a combination of these signs:

With the accounts that followed us, the following to followers ratio was the biggest red flag – many of them had profile pictures and bios. It also seemed that quite a few were compromised accounts that had once been legitimate and abandoned, then hacked. In the end we gained about 37,000 fake followers, deployed in two waves.

Taking out the trash: removing the fake Twitter followers

We decided to actively clean up our follower list clean rather than wait for them to dissipate naturally. However, it wasn’t easy.
Blocking a single fake follower is simple and can be done through the Twitter interface but isn’t feasible when you’re looking to remove upwards of 30,000 accounts.
There’s a number of tools available that can help you remove the fakers, however, none of the ones we used offered a completely automated solution. Our own tech guru, Paul Elson, also wrote a macro to speed up the application of these tools.
We ended up using three different tools – Tweepi, ManageFlitter and Status People’s Fake Follower Check. These tools all require a subscription and each take a slightly different approach. While they do offer free services, the paid versions are the most help in removing fake followers.
Tweepi was useful as it allows you to sort your follower list by a number of different account attributes. You can then remove any fakes 200 at a time by using its ‘force unfollow’ function, although you do need to apply your own criteria for what is considered fake.
Fake Follower Check and ManageFlitter are both similar in that they can analyse your follower list for and round up potential fakes. However, keep in mind that no algorithm is 100% accurate so you need to check the results to ensure you’re not blocking legitimate accounts.
Even with the help that these tools provide, it’s no small task to remove that many fake Twitter followers and it didn’t help that we received a second wave after we’d started removing them.

We’re now back to where we were before the robot hordes descended on our humble (but extremely useful and entertaining) Twitter account.
The troubling thing is how easy this kind of attack is to pull off. When we contacted Twitter’s @support account, we didn’t get a response, but several other organisations told us that they had experienced similar attacks.
The lesson? It’s extremely important to keep an eye on your accounts for suspicious activity  – if an increase in followers seems too good to be true, it probably is. It certainly doesn’t hurt to check and it’s a very good idea to have a plan if something like this happens.

Learn more about how The Social Element approaches social media monitoring to flag these kinds of issues. 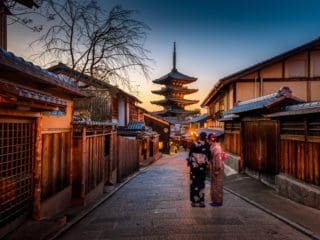 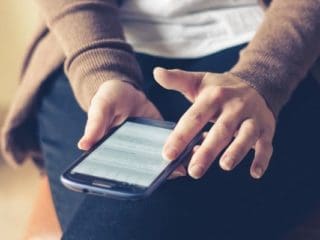