Bots on social media are in the spotlight again as Elon Musk continues to insist on getting accurate bot numbers from Twitter so that he can reevaluate his buy-out offer.

Bots on social media can get a bad rep.

For all the discussion about their dangers, many of them are harmless (and some, like wellness bot @tinycarebot and queer literature recommendation bot queerlitbot, are actively helpful).

There are also some great, activist bots like @infinite_scream, which people can tag into conversations when they want to express their frustration in scream form.

So what makes a good bot on social media versus a bad one?

The bigger question is, should your brand get involved with bots? Let’s see…

What do bots do?

Let’s start with looking at what bots do. There are essentially two types of bots – supervised and unsupervised.

Supervised bots focus on in-the-box thinking. They can answer questions like “Is this picture blue or red?”, that have a definite answer. They can only answer a set number of things, and can’t go off course. (Ask a customer service bot what the weather’s like, and see what happens!)

You can do more with unsupervised bots. They can learn independently of their human programmers, so they can consider answers to more complicated questions and do things like provide recommendations. This brings risk. We saw this with Microsoft’s Tay, which was released on Twitter in 2016 and was taken down in 24 hours when its interactions with people on Twitter had taught it to be racist and sexist.

Some of my favourite Twitter bots do random things that just make you feel better. I love @FlagsMashupBot, which combines different flags to make new ones, and @EmojiMashupBot, which does exactly what it says on the tin.

These accounts get consistently high engagement because they’re simple, fun and have the element of surprise and delight. They’re great precisely because they have no understanding of the context around flags, for example, so you can get some really silly results.

There’s also @TheNiceBot on Twitter, which replies to mean tweets if you tag it. It’s what I call a beneficial content companion – think of them like R2D2, loveable bots, there to make life better in small ways.

More often than not, what people mean when they talk about “social media bots” is fake accounts/followers. The kind of bots that can make it seem as though someone has thousands of followers to seem more influential than they are, or bots created by states as they try to shift political opinion in their own or other countries (although a lot of these are done using troll farms, as opposed to true bots).

These automated accounts spread disinformation on a massive scale, and they’re being developed to become less detectable. The big platforms like Twitter are well aware of these, and are doing as much as they reasonably can to deal with things like Russian infiltrator and crypto bot accounts.

It’s not just a tactic used by foreign governments either. Both the UK and US use bots to spread facts and disinformation on social media. The UK’s 77th Brigade reportedly uses social media to “control the narrative” and as Daniel Lomas from the University of Salford says, to shape “‘the battlefield’ before you go in”.

Can you tell the difference between a bot and a human?

In 2020, researchers at the University of Southern California trained an AI to distinguish between bots and genuine accounts on Twitter.

They found that people tend to respond more often, but their replies get shorter as conversations continue, as the person disengages from the conversation. In contrast, bots respond regularly and consistently – expending the same effort.

(I should note, though, that the research was based on three-year-old data – bots may have evolved considerably over the last five years, becoming harder to distinguish from real people.)

Getting rid of bots isn’t that easy. If you train AI to weed out bot-created posts, you run into problems. The reality is that what an AI may see as a ‘low-quality tweet’ could easily have been posted by a person. If we focus on training AIs to remove these tweets, it would be removing posts by people like Elon Musk and Jeff Bezos, too – who often just reply with emojis, for example. Classic bot-like behaviour, from some of the most influential people on the planet.

Can brands use bots on social media?

In my opinion, there’s a real opportunity for brands to use good bots. They could have a lot of fun with them, or use them for information purposes. For example:

In competitions – Wendy’s used a Twitter bot for a campaign around the March Madness Basketball Tournament in 2017. People could send the bot Direct Messages and use them to build their tournament brackets. They were also entered into giveaways. In total, two million Direct Messages were exchanged with the bot.

To provide real-time information – @earthquakeBot sends a tweet whenever there’s an earthquake of above five on the Richter scale.

To create their own mash-ups – this isn’t something I’ve seen brands do yet, but mash-ups could be a great opportunity for brands that have iconic imagery or products. Can you imagine Netflix creating mash-ups of shows, for example, or generating new ideas for programmes.

To drive site visits by sharing teaser content – Patrón Tequila created a ‘Bot-Tender’ which people could direct message with details of the occasion, flavours they wanted or ingredients and the bot replied with cocktail suggestions and links to the recipes on its website. Thirty-nine per cent of people clicked-through to the site to get the full details.

To encourage online shopping – Make-up brand, Il Makiage, lets you answer a series of questions on its site and then generates foundation recommendations to suit you (withouth photographs). Brands could also run this sort of bot via direct message on social media. It has great potential for increasing conversions when people visit the brand’s website.

Just for fun! – bots like Inspirabot (which creates inspirational quotes) can prove an entertaining distraction for people. Brands could create ones of their own – a paint colour name generator, or a new flavour of crisps. It could help humanise the brand by showing them poking fun at themselves.

So, while it’s true that there are plenty of fake accounts on social media sites like Twitter, getting rid of all the bots would take something away from social. We don’t just go to Twitter to find out the latest news, we go to be entertained and informed about a wider range of things.

Bots are a tool. They’re not good or bad until people use them. Bots can be both useful and fun to have around. 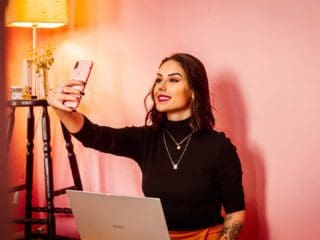 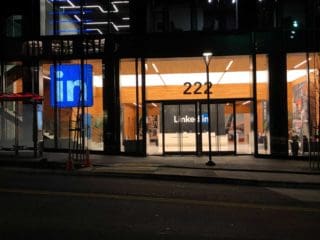