The full report is available to download for free from the organisation’s website, but for me, one of the central issues around LGBTQ+ advertising is how brands prepare themselves on social media when supporting the community, and how far they are prepared to go to stand their ground if their campaigns create a backlash.

Be willing to face the challenge of representation

There’s always a challenge for brands when they create more LGBTQ+ inclusive ad campaigns. Social media will be the first place that people will turn to when they want to express anger or joy at the brand’s campaign.

For example, Oreo posted in support of all gender identities during 2019 Pride, and created pronoun packs, inviting people to share their gender identities. It got a mixed response, with some people showing support, and others saying they would never buy Oreos again.

Once a brand has made a commitment to creating and running an inclusive campaign, there will inevitably be some people who turn against them for it. The exact effect this could have on sales is, as yet, unclear. Yet, a brand who has made this commitment should accept the risk, and be prepared to not back down.

The NSPCC made this mistake in June when it invited transgender activist, Munroe Bergdorf, to work with it as a campaigner for children and teens in the LGBTQ+ community, only to cut ties with her when people protested on social media. While the NSPCC has since apologised, the brand’s change in stance has undoubtedly created deep divisions amongst supporters and the very community they aimed to champion.

Plan for the backlash

We’re living in a time of significant polarisation. While a campaign that supports LGBTQ+ identities will be celebrated, or even simply accepted by many, others will react with fury and rejection. Social media and community management teams need to know how to respond to these reactions (or if they need to respond at all) otherwise they risk getting it wrong. 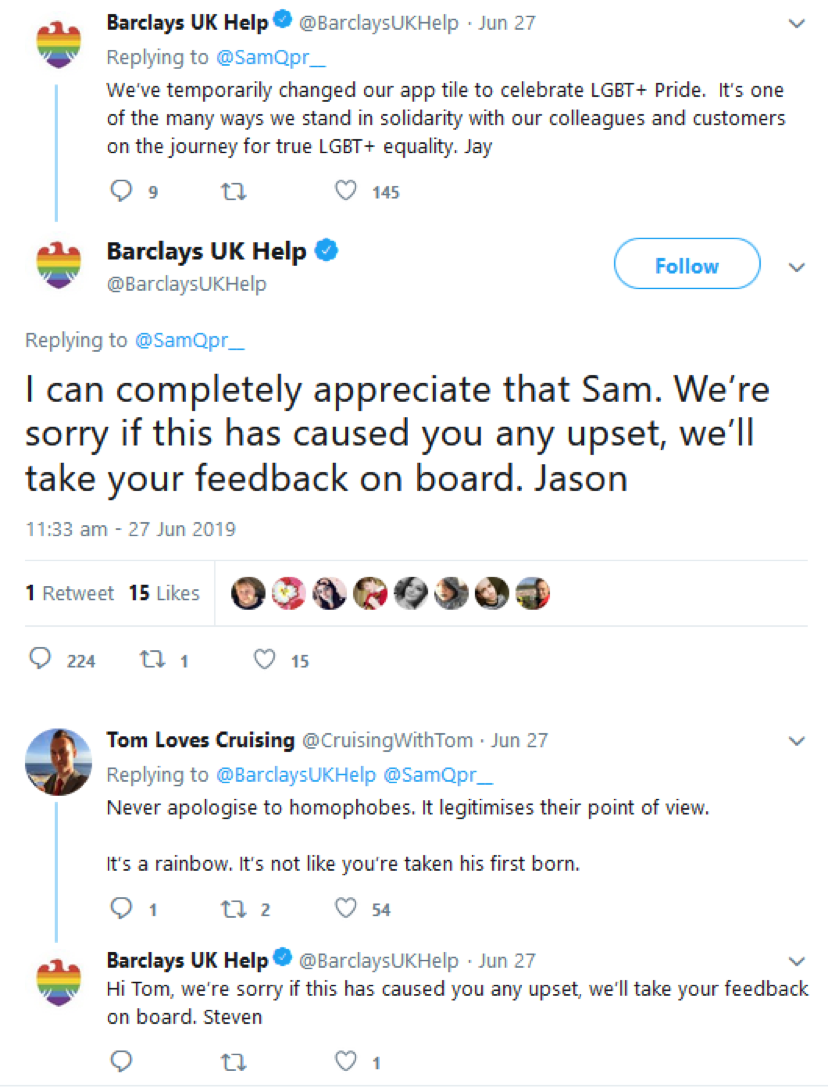 Social media teams should practise their response in a secure, safe environment (for example, by using our crisis simulator, Polpeo).

With these strategies in place, when the backlash hits, everyone on the team will know what to expect and how to respond.

Commit to real change, not tokenism

Brands also need to think about the long term. What happens after Pride? What real change has their campaign helped to create?

Plan for how the brand is going to continue to support the community. As Taylor Bennett said in a blog post earlier this week, it’s easy to show support for a community during a fun, inclusive event like Pride, or when issues are brought to people’s attention during Pride Month. But they could avoid tokenism by doing something as simple as sharing the profits of those rainbow coloured products, released for Pride, with LGBTQ+ charities. Or brands could look internally at their own cultures and HR policies. For example, the Co-Op’s training of their staff about being an ally for the community, in order to create a longer-term benefit to the community.

Test social engagement activity and potential responses within the LGBTQ+ community to ensure that the brand doesn’t accidentally cause offence. This isn’t one homogenised group, and one voice doesn’t represent all people. Pre-testing engagement and content prior to supporting events like Pride helps gain valuable feedback from across the community. It could help avoid a potential crisis.

We’re seeing more brands being called out for appropriating elements of LGBTQ+ culture – such as Pride –  to sell products. But it’s easy to get it wrong. If you’re going to champion the community, make sure your social media team know how to navigate complex issues.

Being an effective ally takes commitment. It means genuinely embedding values through your business, before you communicate them to the outside world; and championing equal rights internally as well as externally. And in communications terms, it means training your team so that they are informed and aware. They are being brave and withstanding any backlash, and making a promise to stand by your support, beyond just Pride season. 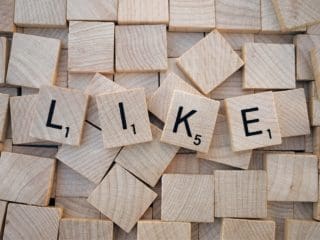