YouTube has had fake cancer cure videos on the channel (as many as 80, the BBC found), during which adverts from brands such as Samsung, Heinz and Clinique are being shown. So not only is the content spreading misinformation, but the creators of those videos are making money from the advertising!

An opinion poll of more than 2,000 Britons, commissioned by MHP and conducted by ComRes in May 2019, showed that 78% of people fear that inaccurate health information shared on social media will cause harm. And 82% said that companies such as Facebook, Instagram and Twitter should do more to stop health misinformation from spreading.

Facebook is addressing the issue of misinformation since the 2016 US Presidential Elections, by setting a third-party fact-checking program which it recently extended  to Instagram.

So what can we do about this, what action can we take – because, yes Google and Facebook have a responsibility here, but so do we as social media users. As a society we need to take responsibility too and call out misinformation when we see it.

We scroll through our newsfeeds, generally looking at photos of friends and family and what they’ve been up to, so when you get to a promoted ad or what looks like an article, which may also have been shared by a friend, are we evaluating that information as critically as we would on other news sites?

If you’re thinking about sharing a story, read as many articles as possible from reliable outlets, so you can verify a story’s accuracy by tracking down the original source.

Also think about checking the date of the original information being shared – sometimes older articles are re-surfaced on social.

This function is available on most platforms and while you may have varying degrees of success (depending on the platform), if you believe the content to be inappropriate, report it.

On Facebook, Instagram and Twitter all you have to do is hit the three dots in the upper right hand corner of a post, and choose ‘report’. Snapchat is the same, and then look for the flag icon in the bottom left hand corner of the post. On TikTok, press the  arrow icon and the ‘report’ option will pop up.

Claire Wardle takes the concept to a whole new level with a plan to ‘Crowdsource the fight again misinformation’. Her proposal, outlined in a TED talk, is to create a sort of WIkipedia of facts that integrates to the social media platforms, where facts are verified or misinformation debunked by volunteer editors.

Brands, too, should play a part in putting pressure on the platforms where they advertise, to ensure they are not unwittingly funding (and putting their brand’s endorsement to) misinformation. It is only when the social media platforms, the brands that fund them, and ordinary people all come together that we can effectively fight the spread of so-called ‘fake news’. 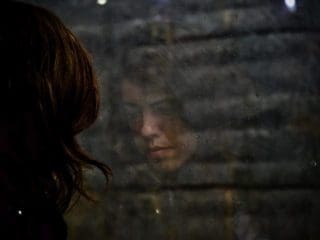 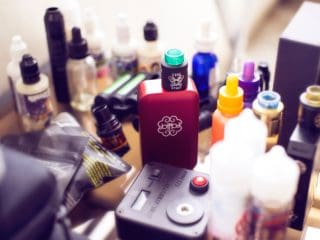