Does your brand use emojis? You might question whether it’s even necessary for your brand to use them. What if we told you that emoji usage on Twitter alone went up 7.1% in just 8 months in the last year?

The need for human connection and emotions in conversations has always been there. Remember emoticons? They started in the early 1990’s with symbols as simple as :). The need and desire to have human emotion in text is what prompted emojis to be created in 1999. You could argue now that since the pandemic, the need for that is bigger now than ever.

But, keep in mind that whilst emoji’s are a clever tool, they have the potential to be dangerous if they’re used in the wrong way. Some seem perfectly harmless on their own, but when they’re used in the wrong way and in certain contexts, they can cause major backlash. As a brand, knowing the true culture behind emojis and what works for your brand is so important if you really want to make a human connection with your audience.

Emojis are a language

If you know your tone of voice, understand your audience and know the role emojis play in different communities, you’ll be able to use them in a way that connects your brand and your fans.

It’s important to remember that they contribute to conversations in different ways, whether it’s communicating an identity, defining a culture and simply showing someone is joining the conversation.

Emoji’s with deeper meanings often pull from symbolism much older than the internet itself. Emoji used as identifiers (think Twitter bios where characters are extremely limited) often function in this way.

In the US, the red rose emoji is a symbol for the Democratic Socialists of America and is used especially on Twitter to identify political leanings.

”Apes” or “Apes together strong” is a reference to a meme taken from the 2011 movie Rise of the Planet of the Apes. The WallStreetBets community has taken the identity of being an 🦍 to identify each other, to emphasize that, even if it does not make logical sense to invest in a stock, when investing together the community can influence the market.

The pick axe emoji is used often when discussing sandbox games that are centered around world building like Animal Crossing, the Tycoon games, the Sims, and especially Minecraft.

Without any words, 👀 conveys that the reader is invested in the topic of conversation and only wants to express that they are there and watching.

Outside of adding emotion like 😆🙈😂, use them as part of your brand identity.

The evolution of emoji over time really shows just how important it is to understand your audience and how they define emoji before you press send. 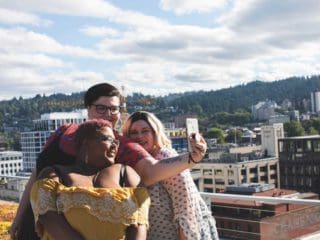 Previous Post (p) Want to perfect your inclusive language in marketing? Here's how. 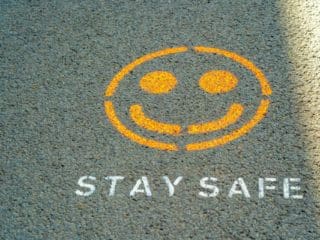