Facebook continues to be besieged by privacy issues. In December, it came to light that more than 150 companies (including Amazon, Netflix and Spotify) could access private message data from Facebook Messenger. While Facebook claims that all data is shared with users’ permissions, a report from the New York Times says that the level of access went beyond what users believed they’d signed up for, even if they’d given the appropriate permissions. We assume, after all, that private messages are exactly that.

In April 2018, Mark Zuckerberg gave his assurance to the House of Representatives that Facebook users have complete control over what they share. That looks increasingly unlikely as Facebook hits the headlines again and again for inadequate privacy protections. Much of 2018 was spent cleaning up access rights to third parties, and at best, it seems that it has lost track of where user data ends up.

Does any of this change anything for Facebook? Every now and then, headlines light up with news that people are leaving Facebook. But the numbers never quite materialise. A few people here and there might go. Some go instead to Instagram – presumably not realising or not caring that the two are linked.

Facebook itself said that it hadn’t seen “any meaningful impact” on user behaviour in the months following the Cambridge Analytica scandal in 2018, although users are starting to take their privacy settings more seriously. Globally, its user base is growing. But fewer teens are joining than ever before, and ultimately any platform needs younger users to join, to secure its future. Ironically, they’re all using Instagram – so this is probably a platform preference rather than a data privacy issue.

Those already on Facebook are reluctant to leave. Research in December shows just what it takes for people to deactivate their accounts. Researchers from Michigan State University, Kenyon College, Susquehanna University and Tufts University joined forces to run a series of ‘auctions’ to determine how much money would persuade people to give up Facebook for a day, three days, a week or a year. A day would take a few dollars, rising to $38 for a week. But that rose dramatically to $1000 for a year.

Perhaps we think a few dodgy interpretations of data permissions are a fair price to pay for a free product that we’ve invested in over so many years. Perhaps we’ve just become fatigued by endless stories of data breaches. Or perhaps we just don’t value our data in the way we thought we would.

There’s an old adage, if you don’t pay for the product, you are the product. But it seems we’re pretty happy with that arrangement, at least for now.

Previous Post (p) TikTok - what's in it for brands? 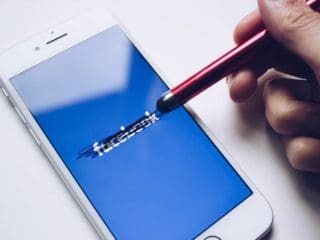