Casting an eye over the past few weeks, our ‘Latest on Social platforms’ features releases, news stories and furors, and finding the common thread…
We’ll be focussing on Facebook in this post, as it has been busy with feature releases lately. In the midst of the Instagram founders moving on to new projects, plenty of video related ad and brand functionality, as well as a forward leap in text recognition embedded in images, Facebook found time to treat us to three major developments.

Facebook Dating – not the most exciting title, but it does what it says; Zuckerberg claims there are 200 million people listing themselves as single on his platform. Why not help them connect? There’ll be no swiping left and right here, with a desire to be more Match than Tinder and support long-lasting relationships rather than quick hookups. Facebook’s main challenge is the huge range of competitors, including a growing move to niche dating apps focussed on specific communities and interests.

Facebook Jobs – find a new partner, find a new job; Facebook’s next move is to take on LinkedIn and provide brands with the ability to post job ads, and people the opportunity to promote their expertise. It’ll certainly make it potentially easier for companies to vet applicants, but does that work in said applicants’ favour? Furthermore, LinkedIn has a fluctuating culture and code of conduct where members are still finding their feet in how they interact with each other, beautifully typified by a recent discussion I witnessed around whether using emojis on LinkedIn was appropriate, compared with the fact LinkedIn encourages users to use emojis in their communications. Do people use Facebook in a way that is job friendly?

Facebook Portal – Partner, job… Life? Not content with finding out all about your skills at work and in the bedroom, Facebook wants to eavesdrop too, under the guise of helping out. Following Google and Amazon in the home device space, Facebook wants to insert itself into the living room, providing video chat, access to the usual media content providers, and assistance on managing one’s (Facebook centered) social life. Thanks to a possible integration with Amazon’s Alexa system, you can be supported (or monitored) by not one but two internet data behemoths.

Are all these moves designed to expand Facebook’s reach and address stalling user numbers by increasing how embedded the platform is in their lives? Could any of these pull back young people, who don’t currently see Facebook as the place to be online? One can foresee some interesting unexpected consequences of combining all three; imagine having the Facebook Portal assistant remind you of your next date during a romantic dinner with another potential partner. Or that cool company you want to join having access to your full Facebook history due to your poor handle on privacy settings, or a temporary glitch on Facebook’s part. Crucially, is anyone, particularly Generation Z (who are very much into life segmentation and focussing on niche communities for their interests) comfortable with connecting one’s online dating life with their real identity, and then all of that to their professional persona?

And of course, is it wise? The single social login was once heralded as the future, offering complete convenience from having to manage multiple user accounts across the web. Facebook connects large numbers of sites. With these new propositions, it plans on further expanding its ecosystem and wrapping itself more tightly around its users’ lives. But for users to want to participate, they have to feel safe. And Facebook has not shown a particularly great grasp of keeping its users’ data and privacy safe, as seen in the latest bug causing 50 million accounts to be potentially compromised. In this world of convenient hyper-connectivity, those 50 million people also had every other website activity that they may have performed via Facebook Connect, this universal log system, up for grabs by hackers.

What Does This Mean for Brands?

Facebook continues to grow its video and ad proposition, ensuring brands are well served in features allowing them to effectively target Facebook’s membership. Dating, Jobs and Portal are assuredly set up to provide three new channels for brands to further access new parts of their customers’ lives. It remains to be seen whether Facebook users have much appetite for conducting 3 principal parts of their digital lives under one (slightly leaky) roof. 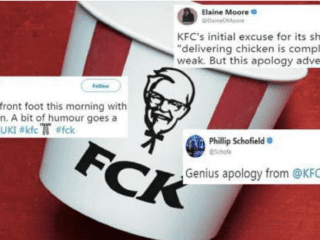