The social media and app markets are constantly evolving.

New competitors regularly coming in to keep the dominant apps and sites on their toes. As users, our expectations and demands are also always developing.

Users want attractive, easy to navigate apps and sites. But they also want to have an enjoyable experience while using them. People who find that using the app puts too much pressure on them, damages their mental health or acts as a venue for cyberbullying, are unlikely to spend significant time using the app or social media site. It’s something that social media brands need to address in 2020, and Instagram is already off to a great start.

In 2019, Instagram announced it was testing hiding like numbers as a way to reduce the pressure on its users. Brands would still be able to see like numbers in their analytics tools, but the regular people using the app wouldn’t be confronted by the like number on their (or other people’s) posts.

Instagram’s VP of Product recently spoke about the choice, and discussed how the experiment was going. Instagram has become a hot-spot of celebrity influencers with massive followings, and who generate huge engagement numbers. But while this is a good thing for the app, it also discouraged regular users.

People often post, then delete their content because they don’t see anywhere near the numbers they aspire too, and this isn’t good for the user, or the app in the long-term. Instagram needs people to engage, not only passively consume influencer content. If changes weren’t made, soon there would be fewer people for those influencers to influence.

Instagram needs more time to see the effect of these changes on user behaviour, but it does expect some changes to the way we use the app. Hopefully, more creative content posted by users who feel less anxious about showing their talents now that they aren’t competing with Kylie Jenner and her sisters!

For brands, this may lead to more engagement, not just with UGC campaigns, but from people who feel more confident commenting on the brand’s posts.

The death of the Instagram IGTV button…but not the service

IGTV, Instagram’s long-form video service, isn’t going anywhere, but Instagram has noted that few people click on the button on their home screen. They access the service in different parts of the app. So Instagram is removing the button from the homescreen to free up space and draw people’s attention to the icons they want and use in that location.

The Verge reports that Instagram hasn’t had much luck attracting content creators for IGTV, as it doesn’t offer the same “revenue-share opportunities from ads as YouTube”, and it doesn’t attract a vast number of users, but it’s clearly still a service that Instagram wants to keep around.

It isn’t a huge change, but with more apps always coming on the scene, Instagram needs to continue to offer a streamlined app that’s easy to use and pleasant to look at if it wants to retain its competitive edge – and attract and retain more users, creators, influencers and brands.

Instagram introduced the restrict feature back in October 2019, but it will be a vital service in the year ahead.

Users are now able to restrict someone, so that they can’t tell whether or not they are online and they cannot tell if a user has read their messages.

Restricted users can still comment on the posts of the person who restricted them, but these comments are only visible to the person posting. Users can see the comment if they select “see comment” on the post, and they can even approve the comment and allow it to go public. They won’t, however, get notifications about the restricted person’s attempts to interact or from their posts.

It’s a great way to give users more control over their experience on Instagram, which is especially helpful if they’re being harassed, trolled or bullied – when people often feel totally out of control of the situation they are in.

Making Instagram a safer, happier place to spend some time not only benefits users, but benefits brands as happy people are more likely to spend longer on the app.

With sites like TikTok and Snapchat snapping at its heels, Instagram can’t afford to get too comfortable in its dominant position of the app market. Instagram depends on advertisers, and therefore relies on a healthy supply of regular users who enjoy spending time on the app and who are confident enough to engage with content, and create and share their own.

If people don’t spend long enough on the app to nurture their own presence on it, they’re unlikely to venture into more advanced uses of the app, such as shopping. Instagram knows this and is doing a good job of future-proofing its service. 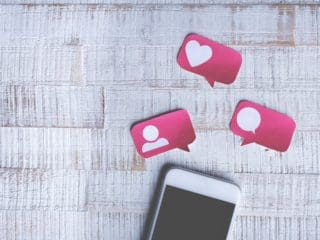 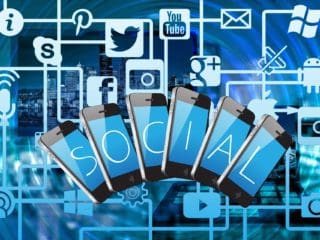 Next Post (n) What can we learn from #Sainsbey