Being female owned and run by an all female leadership team, we love celebrating International Women’s Day and sharing stories from some of the fabulous females at the agency.

This year, following on from their amazing win of Leadership Team of the Year at The Drum Agency Awards in 2021, our five female leaders share their stories and experiences when breaking into the world of marketing.

First up is our Chief Operating Officer, Treena Hales.

Inspiration comes from many places. For Treena, this happened early on in her career. She told us about a head of department she’d worked with very early in her career who inspired her through her focus on empathy in the workplace.

“I was really junior, and yet she took the time to coach me. I was naive and she gently nurtured me. She taught me to put myself into the shoes of others to understand the impact that my actions had on others.”

Treena finds inspiration in all the women she works with and believes that every woman you meet can enrich your life.

What would you tell your younger self? For Treena, it’s that people and relationships are the key to success. Listening to people, even if you don’t understand what they are talking about, is vital. It’s important to keep an open mind and know that what they share could be useful and insightful.

“When I was young, I kind of took the hard road way more than I needed to. I felt that success was about making it alone. I was wrong. There is strength in letting others help you.”

As Treena points out, people often love to help others. It makes us feel good when we can do something significant for someone else, and it’s a great feeling to have our role in another person’s success acknowledged.

Women need to keep a keener eye out for opportunities

Treena feels that her gender has given her an advantage when it comes to her career. While there have been times when she felt she had to prove herself more than her male colleagues, she sees these instances as a chance to push herself more and work out how to navigate (or change) the established system.

“If being a woman ever held me back, I’m not aware of it now. And it certainly didn’t hold me back for long.”

Defensiveness can be self-defeating

Some advice from very early in her career has stayed with Treena.

When it comes to interpersonal issues – such as miscommunication – it’s important not to become too defensive in your stance. If something you’ve said or done has hurt someone – even if that wasn’t your intention – it’s much better to apologise than dig down and insist that you’re in the right.

“She told me that apologising was not only the right thing to do but a strong thing to do and the quickest way to fix the relationship that was now damaged. Not only did it work, but it was a massive lesson in self-awareness in how I come across and in understanding how I communicate with people.”

For Treena, empathy, relationship building and making the best out of your situation are what helped shape her career . It highlights the importance of women in leadership, supporting and advocating for other women as they progress through the company. 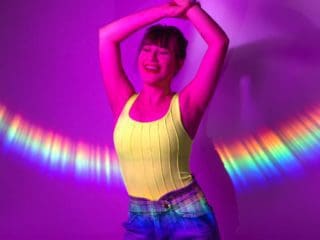 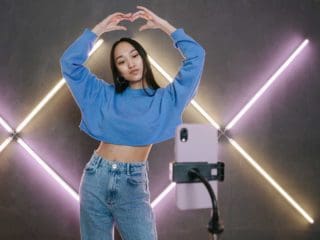 Next Post (n) How brands can successfully collaborate with TikTok creators