The #MeToo movement has been getting a lot of attention over the last few months. Week after week, a new story comes out, highlighting the scale of the issue. Our Insights and Analytics team has been keeping a close eye on the social media aspects of the movement, and we’re happy to publish a few blog posts on their findings. First today, our analyst David Woods-Holder explores how the #MeToo movement began, how it has contributed to empowering victims of sexual harassment, and how social media is changing society.

When most people think about social media, their first impression is still that it is somewhere to find out what their favourite celebrity is currently eating. However, more than ever, the unconstrained form of social media is beginning to become a force for positive change in our society.

The #MeToo movement, which began in October 2017, shows no sign of slowing down. #MeToo delivered a fundamental change in the way sexual harassment, a subject that up until now had been treated as almost taboo, could be openly discussed and brought to light. This would not have been possible without the medium of social media.

How it all started

Although the movement started off the back of the New York Times Harvey Weinstein exposé on October 5th, #MeToo took the story to a whole new level. It was no longer just about justice for the women brave enough to come forward with their allegations against a single individual. It’s now a fight to change the way society could discuss, act upon, and become aware of the sexual harassment that is occurring every single day all around the world.

When we look at how the movement began, it is obvious that social media made this possible. Actress Alyssa Milano chose to use Twitter to reveal that she herself had also been a victim of sexual harassment. She encourages other victims to come forward, appropriating the ‘Me Too’ movement which began in 2006 by activist Tarana Burke, as a banner for people to get behind. She could have chosen to speak out through traditional media. Instead, she chose a medium which would empower others to voice their own experiences. This takes away the perception that the movement is limited to only high-profile individuals. Anybody can become a victim.
It is estimated that across Twitter and Facebook posts, comments and reactions, #MeToo was used more than 12 million times within the first 24 hours of Alyssa’s initial post. Since then, the #MeToo movement has become intrinsically involved in several high-profile events. This keeps the spotlight on sexual harassers and stops society from reverting back to a place where people were too intimidated to come forward.

#MeToo mentions waned slightly over November. The beginning of December saw the volume of #MeToo mentions spike in relation to Senator Kirsten Gillibrand calling on US President Donald Trump to resign over accusations from a series of women that he had sexually assaulted or harassed them.

President Trump should resign. But, of course, he won’t hold himself accountable. Therefore, Congress should investigate the multiple sexual harassment and assault allegations against him.

Despite her not using #MeToo in her initial tweet, Trump’s questionable response led to a backlash of responses that included the hashtag.

Lightweight Senator Kirsten Gillibrand, a total flunky for Chuck Schumer and someone who would come to my office “begging” for campaign contributions not so long ago (and would do anything for them), is now in the ring fighting against Trump. Very disloyal to Bill & Crooked-USED!

#MeToo at the Golden Globes and Grammys

The two largest spikes of #MeToo mentions in 2018 were in reaction to award ceremonies which featured moments in support of the movement. The first of these came during the Golden Globes with Oprah’s stirring speech. She addressed issues of racial injustice and sexual abuse. This led to an outpouring of support for both her and the movement.

It was the deepest honor to present @Oprah with the #CecilBDeMille award this #GoldenGlobes. It was an even bigger honor to hear these words in person. I’ve listened to this on repeat & her words & their meaning are more potent every time. I bid you to share! #MondayMuse #MeToo pic.twitter.com/YIIQnSQoWv

#Oprah thrills the country with her #MeToo #GoldenGlobes Speech. Will she replace @realDonaldTrump in 2020? VOTE! https://t.co/m1rgEl3eVB #MAGA pic.twitter.com/XfUSfazCKG

“I want all the girls watching to know that a new day is on the horizon. […] The day nobody ever has to say #MeToo again”- @Oprah at the #GoldenGlobes #TimesUp #MeToo

This was followed by Kesha’s Grammys performance just over two weeks later. Her performance of her hit single ‘Praying’, four months on from the hashtag’s inception, was dubbed the movement’s ‘anthem’. Not only did it bring the singer to tears, but also many of those witnessing the event.

It is worth remembering what the movement is all about. It is not just a platform for high profile celebrities to raise awareness of the sexual harassment occurring in their industries. The movement empowers anyone who has ever suffered sexual harassment or abuse to come forward publicly.

As deplorable as it may be that we had to wait until now for the #MeToo conversation to come to light and to start making a change, other causes are also waking up to the idea that social media is possibly the most powerful tool available to raise awareness. One such example is #TurnTheTide. The hashtag is raising awareness of the wide scale problem of plastics in our oceans, prompting people to cut plastic use out of their everyday lives.

It does not appear that the #MeToo movement is showing any signs of slowing.  Following the promotion of the movement to the global stage, it is now society’s duty to keep it at the forefront of people’s minds. There is still much to do to maintain this level of awareness. So while social media will no doubt remain the prime location to determine who wore the same outfit best, now more than ever, it is somewhere that awareness is being raised. It is a space where positive change can begin to occur. 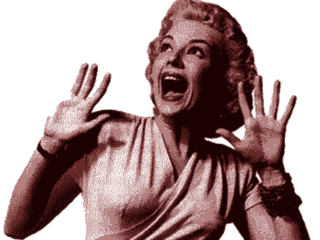