What Brands Need to Know

This year was the first year I’ve seen conversation and declaration around giving up social media as a new year’s resolution. For the purposes of this opinion, when I mention ‘social media’ I’m generally referring directly to Facebook, Instagram, Twitter, and YouTube, but of course other platforms should not be ignored.
The folks I saw who actually did give up social media (or had conversations on social about giving it up) were people I admire from different backgrounds – all well read, intelligent, digital-natives, and millennials. I’ve seen people quit Facebook before, I’ve taken extended and well-enforced breaks myself. But this was the first time I’ve seen people doing it because they’re concerned about how the big networks behave. The numbers are relatively small – but the reasoning behind these discussions is important to understand.
I actually went through an old friend’s photo albums and saved a bunch of pictures from our freshmen year in college after reading that he was deleting his account – forcing me to relive the year before Facebook came into the lives of myself and everyone in the pictures I was downloading.
2004 wasn’t that long ago, was it?
The reasoning behind resolutions like this can be broken down by two main concerns: the personal impact of social media use; and moral concerns about the behavior of the big networks.

With the rollout of iOS 12, users can see how much screen time they use. Users also now have the option to set timers to limit their use of certain apps – including entire categories like social media.
That is clearly a response to the backlash in the news about the negative effects of too much social media usage. So it’s unsurprising that new year’s resolutions around limiting or quitting social media appear to be increasing.

The issues with Facebook’s use of data, and the platform being used by extremist groups (without proper monitoring) is well-documented. It appears to be focused on revenue and growth without giving appropriate consideration to social or privacy repercussions. That has many users concerned, even leading to a sense of betrayal.

What does this mean for my brand?

While overall the number of people leaving social media is small, the discussions around why they’re doing it should give social networks food for thought. Brands who use social as part of their marketing could think about how they develop social media campaigns and apps that contribute positively to our world (not negatively) and use our data with respect and permission. Just as the alcohol industry has faced up to responsible drinking, it’s time for networks to promote responsible social media use.
And brands can take a stand on these issues. As our CMO, Emma Harris said in her commentary on the Edelman Earned Brand Study in late 2018, there is an increase in ‘belief-driven buyers’ who now make up the majority of consumers. People care about the moral behaviour of brands, so it makes sense that they’ll care about the behaviour of social networks, too.
As these issues grow and develop, users’ opinions and views on the platforms will change, too. The social media industry has a chance to learn from public opinion, and develop ethical practices that will encourage people to stay on their sites. The pressure to do that will come from brands who want their customers’ social media experiences to be positive and uplifting. 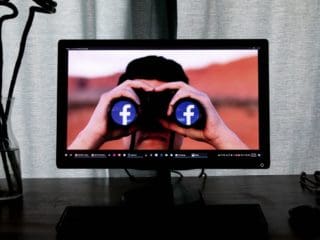 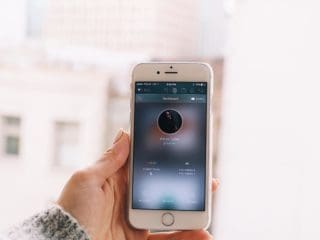