It’s no surprise that Hawley has social media powerhouses in his sights: Hawley is something of an anti-tech crusader. Back in May, he wrote an Op-Ed for USA Today, where he wrote: “…maybe social media’s innovations do our country more harm than good. Maybe social media is best understood as a parasite on productive investment, on meaningful relationships, on a healthy society.”

Amongst other things, the legislation seeks to ban social network app hallmarks such as infinite scroll and autoplay. It would impose a 30-minute per-day limit on a person’s social media use across all of their devices, which could be overridden each month. Certain gamification features of social would also be targeted, along with tools to better understand personal use of social platforms.

Social media is not perfect.

In 2019, the shortcomings of social media are increasingly clear. It can be used to manipulate, spread fake news and deep fakes, and compel people to spend increasing amounts of time on the platform to in turn generate money for advertisers. Documentaries like The Great Hack, countless articles, and interviews of former social media executives, have revealed how social media platforms compel us to come back for more.

Regulation of social media giants has been hotly debated all over the globe, with many more-or-less informed propositions being put forward.

This latest one from Hawley has a new focus, placing the ban and restrictions on the users themselves rather than simply the platforms. As VOX points out, the proposed Act is unlikely to become law. However, we already have an example of what happens when bans are placed on social media users.

Tumblr, the massively popular blogging platform that launched in 2007, became an essential hub for minority voices on the web. Users could control a lot of what they saw by following specific blogs or tags, and then have their posts appear on their user dashboard as a customised feed. This created the opportunity for alternative media to be shared more widely than available in the mainstream, creating productive spaces for conversations centred on LGBTQ*, BIPOC, feminism, or people with disabilities, among many others.

The crackdown may have reduced illegal content, which in turn went further underground, but it also disproportionately impacted the communities that had made Tumblr their home.

It didn’t take long for people to start drifting away from Tumblr, both in protest and in search of other communities that didn’t impose blanket restrictions of content. The internet is open: this has always been the remit of the WWW. This escalated to the point of Verizon selling Tumblr to Automattic (the owner of WordPress) for $3 million this month. In 2013, Yahoo paid $1.1 billion for it. While I’m the last person to be upset that a few billionaires have made slightly less money than they’d hoped for, it’s an interesting indicator of the importance users place on their freedom online. A similar issue happened to Snapchat when it redesigned its app.

What does Tumblr’s decline tell us about our relationship with social media?

Many of us use social media to help us discover, define and express our identity. While it has its negative aspects, social media helps people connect in genuine ways. It helps people create and discover their communities, and seek help and support without geographic boundaries. It’s also a hub for sharing news, often in much rawer formats: consider the information shared around Ferguson and Charlottesville, and picture having to navigate a 30 minute ban while trying to access that critical information.

Tumblr made sweeping, major changes to the communities that people called home without pausing to consider the complexities of how humans were using the site, and it suffered as a result. Should governments try to impose limits or set restrictions on how users use social networks, it’s unlikely they would get a different response.

Other solutions can be considered, such as empowering users to regulate their own consumption of social media. Netflix offers a great example of checking for active consent – asking viewers if they are “still watching?” – and giving the chance for users to pause and opt in. Tools that make time spent online clear, or show income generated for such and such company through the viewing of a certain number of ads, would also aid users in making informed decisions about their use. Finally regulations that target the platforms themselves in holding them accountable for the spread of fake and dangerous information could aid in making them safer.

The Senator’s granular focus on regulating various aspects of our social media use risks shifting attention from what governments and social media companies should be working on together: ensuring that the content on these platforms is genuine and not harmful to the people who use (and moderate them). Let’s focus on smart regulation, rather than blanket restrictions. 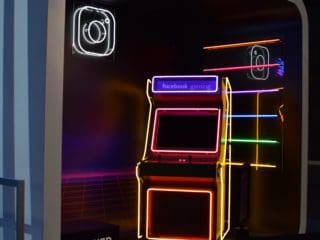 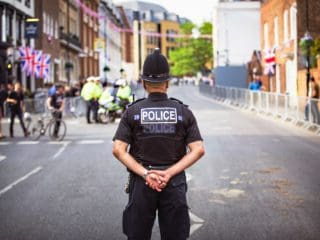