Everyone’s talking about Clubhouse. It already has two million users just one year after it was set up.

It has however had some rather large teething problems. It’s exclusivity (Clubhouse is still invitation-only) limits its appeal. It’s still only available to iOS users, which has some Android users up in arms. And there are some serious questions about data protection, privacy and moderation.

Here’s our take on whether brands should get involved.

Our CEO, Tamara, talked to Wired recently about her concerns that the site doesn’t have effective moderation. She has been co-moderating a room, and finds that people are free to say what they like (it rests on the moderator to report them and remove them from the room if they are inappropriate). Anyone could set up a room dedicated to anything – hate speech or conspiracy theories, for example. In late 2020, Talyor Lorenz began to compile a list of “incidents and issues” that users had with the app – issues such as racism, sexism and antisemitism. Tamara argues that Clubhouse needs more stringent moderation practices and that perhaps introducing an Uber-like star rating system for users would help moderate behaviour.

There are fairly serious data privacy concerns, too. There’s nothing to stop a Clubhouse user from recording a conversation or streaming a conversation elsewhere. It’s also too easy to harvest and process voice data. In July 2020, Vice was sent an hour-long Clubhouse audio recording of venture capitalists discussing the issues they had with tech journalism; when one journalist – Taylor Lorenz – left the discussion, people started talking about her in less than flattering terms.

There are also questions over GDPR. If you want to invite someone to the app, you have to submit your contacts.

Should brands rush to join?

Our advice is proceed with caution.

There are risks, and it’s important to understand them, and to have a plan for what happens if something goes wrong.

But, it’s early days for the app, so you could argue that now’s the time to experiment and get to know it, perhaps on a small scale.

If you decide that Clubhouse is the place for your brand right now, here are five ways you can get the most out of your time on the app.

Clubhouse is a different animal to podcasts.

Before pushing play on a podcast, listeners know how long the podcast will be, that they can start listening from the beginning at any point and that they can pause and return to it when it’s convenient for them.

People listen to podcasts in the gym, in the bath, on public transportation and while doing the dishes.

None of this is Clubhouse.

Clubhouse requires a more active form of listening and participation, which requires a greater commitment in attention and time – two of the most limited resources a person has.

Make sure anyone can drop in at any point

Your Clubhouse sessions should be as accessible as possible. Think chat show, not epic film. Established rooms can feel like a clique, if they’re not managed properly. Avoid in-jokes, and keep it engaging from the get-go for everyone, even if they’re new.

Never just nudge people once. Send a reminder to everyone who’s said they’re attending 24 hours in advance, remind them two hours ahead of time, then drop them a nudge when you’re about to go live.

Having some structure in the form of questions and answers is good, but Clubhouse is conversational. Keep discussion engaging and flowing, or you’ll lose people.

When in doubt: Go Greek

Socrates lectured in a style designed to keep his students deeply engaged. He would describe a commonly- held belief and then present his students with a question designed to engage their critical thinking capabilities and debate that principle with him.

Harvard’s Michael Sandel has refined this approach to the point of perfection in his famous Justice class. Rather than having a couple of points on a subject that a couple of people talk through for a prolonged time, why not experiment with writing down several questions that form a narrative on that subject and leading a Socratic-style debate instead?

We’ll be keeping an eye on Clubhouse as it develops, and – as with every platform – will update our clients and subscribers as it gains traction. 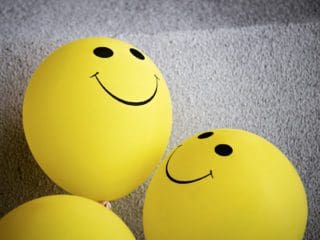 Previous Post (p) As social media communities become more polarised, we have to look after the teams who manage them 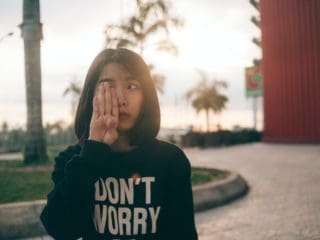 Next Post (n) One pandemic year later: How can brands balance our aspirations for the future with our anxiety about the present?