Snapchat successfully navigated a rough 2018, but 2019 was very successful for the app (largely driven by the launch of a long-overdue revamp of its Android app).

After revising up their forecasts, analysts at eMarketer are predicting that there will be 350m Snapchat users by 2023. So it looks like Snapchat could have another great year of user growth.

What areas are proving successful for Snapchat? And how was it able to turn things around after a bad 2018?

Innovation and a user-led approach

After being criticised for its app redesign in 2018, Snapchat started to go back to its roots. It’s an app founded on the idea of quick, easy and entertaining messaging between friends.

It wasn’t designed for brands or advertisers. While it needs them to survive, any changes made to the app need to be done with usability in mind.

2019 saw Snapchat look for ways to grow its user-base – both outside the US, and beyond its traditional demographic. It also launched the long-needed android app redesign, which gave it a significant boost in user numbers.

Snapchat is refocusing on what it does best – innovation. When Snapchat innovates, its larger competitors are quick to develop similar functions for their own apps (TikTok has just announced its own version of a curated Discover stream, for example), sometimes managing to make a better version of the creation. But as long as Snapchat keeps innovating, it will always have something new and exciting to attract and retain users.

Snapchat is set to launch Bitmoji TV in February. Users will see their customer avatars staring in a full-motion cartoon series. The app will create adventures featuring users and their friends’ avatars. Bitmoji TV is one of the only innovations that Snapchat’s rivals haven’t duplicated yet, so if the shows are written well, it could turn out to be a great way to get people to spend more time on the app.

eMarketer attributes much of its growth predictions to Snapchat’s face filters becoming a viral sensation. While the face filters have been around for a while, 2019 saw it become a bit of a viral hit with filters like the Time Machine filter letting users see how they would look in the future.

Snapchat also updated its Lens Studio to make it easier for creators to build their own augmented reality experiences, giving people more ways to share and engage with fun content. Snapchat has said that its filters brought in nine million new users – which is probably why Instagram was so quick to launch a version of its own.

Advertisers can use filters not just to advertise merchandise, but to let people buy products directly from the image. For example, US Presidential Candidate Andrew Yang’s hat (which says MATH – Make America Truly Happy) is available as a filter and people can swipe to buy it.

Original programming from Snap started in 2018 but became popular over the past year. Snapchat said that of its shows, Endless Summer, had 28 million viewers (which would be more than the Game of Thrones finale, however, Snap counts a programme as viewed if it’s only been opened in the app). One of its series, Deep Creek, reached 18 million viewers.

Snap Originals is a great way to attract younger viewers who thrive on Netflix-like serialised content, and it could prove to be an effective way to get people to spend more time on the app. Brands can also purchase Commercials that play during the shows.

Snap Games is another way that Snapchat is attracting the younger market. In 2019, it introduced Leaderboard Games as a way to promote friendly competition between friends. With games like Fortnite proving popular, Snapchat is in a great position to create gaming experiences that provide people with a fun way to spend time with friends on the app. It’s another way for Snapchat to drive engagement on the platform.

At a time when social networks are continuing to wonder how to engage their users, Snapchat continues to come up with ways to get people spending more time having fun on the app.

Snapchat started out as a way to share ephemeral content with friends, but it’s growing into an entertainment hub which offers brands multiple ways to engage and sell to its users. Now with multiple ways to monetize its new content, there’s no reason why Snapchat shouldn’t thrive in 2020. 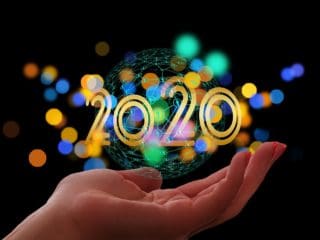 Previous Post (p) 2020 in social media: how can brands get ahead of the game? 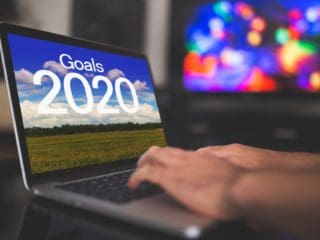