At The Social Element, we’re strong advocates of localisation. Our multilingual social media and community management service never sleeps. We offer a global service, with a local touch.
In part one of our latest series, we’ll be taking a round-the-world look at the state of social networks, identifying key local influencers and popular brands. We also explore the culture and language of specific regions – including listing some local phrases to avoid.
This month, we look at the social media landscape of Western Europe.

Twitter now has 15 million active users in the UK. However, one report highlights Italy, Spain and France as the Western European nations with the biggest spikes in active user numbers.

LinkedIn has 13 million  users in the UK, but it’s struggling in France, where home grown rival Viadeo notches up eight million users, to LinkedIn’s six million. It also has a fight on its hands in the DACH region, where German language business network, XING, has more than 6.3 million members.

Norway: Trolls are synonymous with Norway. Said to come out at night, they have magical powers to transform into beautiful maidens to lure away young, unsuspecting men. Some said they lived for hundreds of years, and melted in the sun (unlike Tolkien who wrote that the sun turned them to stone).
Sweden: In recent years, Swedish crime-dramas, such as The Bridge, have been a hit across the globe. This has created a new genre of crime fiction , called “Nordic Noir”.
Italy: Italy has only been a unified country for 152 years, making it younger than the United States. It’s not uncommon for Italians to identify more with their local region, than their nation.
UK: Many modern English phrases were coined by Shakespeare, such as: “bated breath” (The Merchant of Venice); “wear your heart on your sleeve” and “green eyed monster” (Othello). And there are over 25 different words for a bread roll. These include the Scottish buttery, the Liverpudlian nudger, and the barm cake from the North-East.
Portugal: There are around 220 million native speakers of Portuguese and 250 million speakers worldwide. It’s the seventh most spoken language in the world – no surprise, as the Portuguese Empire was the first global empire. Former conquests are now part of 53 sovereign states.
Germany: The longest word in the German language is Donaudampfschifffahrtselektrizitätenhauptbetriebswerkbauunterbeamtengesellschaft, which translates as: “the club for subordinate officials of the head office management of the Danube steamboat electrical services”. Try saying that after a night in the local Bierkeller.
Iceland: Among its small but literary population, one in 10 people will publish a book.
The Netherlands:  Zwarte Piet (Black Peter) accompanies ‘Sinterklaas’ (Santa) on December 5.  If children are naughty, they are given salt or coal instead of presents, or are taken in his sack to Spain. While we couldn’t possibly condone the practice, some adults joke that it’s worth being badly behaved to end up with a free trip to Spain!
Scandinavia: December 13 was believed to be the longest night. People in these countries  now celebrate St. Lucia Day by choosing a local girl to walk with candles on her head.  A group follows behind, singing traditional songs, before getting together for a feast.
France: there is a long tradition of coining words by inverting the syllables of a known word.  Speaking in this way is called Verslan, which itself is  an inverted for syllable of the French sound l’envers (pronounced lan-vers).  If you don’t know this system, it can sometimes make translation difficult.
Greece: when someone moves to  a new house, you don’t say ‘good luck’. Instead, you say ‘kaloriziko‘ which literally means good root  kalo=good riza=root.

A quick history of Western Europe

The DACH region nations (Germany, Austria and Switzerland) share the same main language (German), while Switzerland claims four official languages: French, German, Italian and Romansch. The heritage of the DACH region is one of competing empires – Prussia (later the German Empire) on one side, and the Austrian Empire (later the Austro-Hungarian Empire) on the other. Recognised as a neutral and independent state since 1815, Switzerland has embraced a combination of its neighbours’ cultural traits.
The Nordic countries (Norway, Sweden, Denmark, Iceland and Finland) have their own languages, but share a common history and culture. Vikings (who originated in Norway, Sweden and Denmark) were the first recorded settlers of Iceland. Denmark, Norway and Finland later became part of the Swedish Empire, until Russia annexed Finland in 1809. Ruled by Norway (until 1380), and then Denmark, Iceland wasn’t recognised as  an independent republic until 17th June 1944.
The Benelux group of states also have a shared cultural heritage (one dating back to Roman times, when the region was known as Gallia Belgica). Belgium used to be part of the Netherlands (until 1839), which is why they share Dutch as an official language. Luxembourg is a cultural and linguistic mixture of France and Germany, and has three official languages (French, German and Luxembourgish).
British culture and language has been shaped by invasions, conquests and immigration. From invasions by the Roman Empire, to Saxon tribes, Vikings raids and Norman conquests – each event has left its mark on language and culture. The 2011 Census recorded that more than 92 per cent of the British population spoke English as their main language, with one per cent citing their main language as Polish. Approximately four million people in England and Wales said that English was not their primary language. 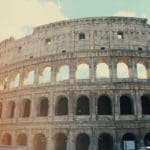 France, Italy, Spain, Portugal and Greece each have their own official languages. Parts of the Trentino-Alto Adige  region of Italy speak German as their main language, with other Italian regions speaking French and Slovene.
Spain has had a tumultuous history, invaded by Rome, the Visigoths and Muslims and finally Christians, the country has a rich cultural heritage. After the Spanish rebelled against Napoleonic rule during the Peninsular war, subsequent Spanish political leaders have found it hard to fully integrate the culturally diverse regions of Spain.
We hope you’ve enjoyed your trip. Check back in with us next month for our whistle-stop tour of Russia and Eastern Europe. 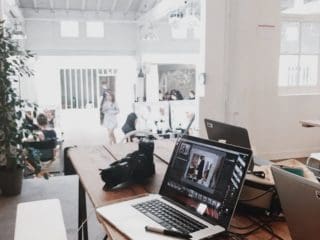 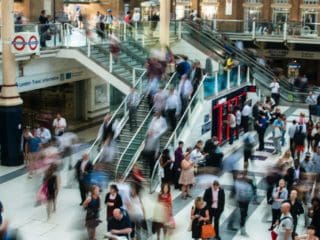