Social media platforms and apps are always looking for new ways to keep people coming back for more.

They know how important it is to keep things fresh and on trend. It’s a must if they’re to keep users engaged, and advertiser revenue rolling in. It’s all about finding the right balance between serving brands and giving users the experience they want.

These updates caught our eye in July.

In July, Twitter expanded its testing of Circles, which it launched to a selected group of users back in May. Circles lets users create a sort of exclusive follower group of up to 150 people – they can then set their tweets to go to this select group of followers or post publicly.

This feature is already in full swing as people are using it to strike up topics with different audiences. It’s also a great way for users to open up freely in a space and community they trust.

If that’s not enough, Twitter have also launched testing of a new feature where users can add their status to the top of tweets. They can only select from a limited list of options right now, but that may change when it’s rolled out.

At the moment, they’re a mixture of status-type messages, like “traveling” and tags that are more like categories such as “spoiler alert” and “hot take”. I can see brands using these to enhance their organic social content.

We can’t forget about the update that Twitter users can now use the dropdown menu in the right-hand corner of a tweet to leave conversations. Picture part of a discussion where more people get involved, and then you end up bombarded with notifications that aren’t actually for you (these discussions can sometimes last for hours or days). You’ll now have a way to leave the discussion without muting it or the other people involved. While this is more of a quality-of-life feature for regular users, brands (or their social media teams) could find it helpful too.

Pinterest is making shopping easier to manage and try out

Pinterest is focusing on making the platform more attractive to retailers – and it’s working. According to Pinterest, there were 87% more merchant catalogues on the app in Q1 2022 than in Q1 2021. Adding video (of course!) to catalogues has really helped make the shopping experience more immersive and given Pinners the extra information they needed before making a purchasing decision.

This July, Pinterest introduced product tagging for pins (for example, a retailer could pin a photo of a kitchen and then have in-photo tags that hover over various products with the name and price of it).

It also introduced a new API to make it easier for retailers to sell on the platform and added a Shop tab on business profiles to make it easy for Pinners to find what they are looking for.

Pinterest says that 97% of top searches on the site are unbranded. People use Pinterest to get and store ideas, but they’re also keen to buy from brands on the site. Pinterest continues to modify the site to improve the shopping experience for retailers and consumers.

Snapchat has started rolling out Snapchat for Web to its Snapchat + subscribers in the US, UK, Canada, Australia and New Zealand. The second stage of the rollout will see Snapchat + subscribers in France, Germany, Saudi Arabia, and the UAE gain access before it rolls out to the entire user base. It’s said that as people are spending more time online, it wanted to make it easier for them to “stay connected”.

Social media platforms and apps are always searching for ways to get users to spend more time on their platforms, so it’s not surprising that Snapchat has finally decided to make the jump to the web. Could this change the amount of time people spend on the app? Time will tell.

The competition for users between all these various social media platforms is fierce.

As a result, they’re all rolling out updates designed to focus on user experience, and brand performance. 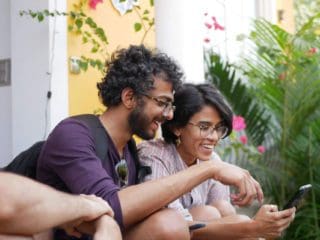 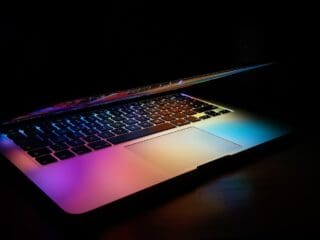