As you’re probably aware – or possibly not – Facebook is rolling out its auto-tagging feature, using facial recognition software to suggest phototagging.  Your Facebook friends – who previously had to go through the arduous task of manually tagging photos of you without your express permission – can now save time and effort thanks to Facebook’s nifty piece of image recognition software, and violate your privacy robo-style.
According to Facebook, this facial recognition feature uses a comparison of photos you’re tagged in to suggest that friends tag you in new photos. The site says that this feature is intended to save you time: instead of tagging the same friends in 25 photos you just uploaded, you can now apply one label to multiple photos in one step.
The problem is that the default on your privacy settings is to ‘allow’ this.  Even those of us who have our photo tagging settings set tight (mine are friends only except for the Facebook Friends lists I’ve created) get to have photos of us suggested to friends for tagging.  And don’t think you have been told that it’s been applied to your account either: in typical stealth-mode, Facebook have ensured you have to dig a little to find out.
All of which has raised some hackles in Brussels. According to the New York Times, a group of privacy watchdogs drawn from the European bloc’s 27 nations will study the measure for possible rule violations.  Data Protection Working Party Authorities in Britain and Ireland said they are also looking into the photo-tagging function on the world’s most popular social networking service.
In the meantime, here’s how to set your privacy controls to stop it:

In the second section, “Things others share,” click “Edit Settings” next to “Suggest photos of me to friends.”

Then, change the setting from Enabled to Disabled. Do note that friends can still manually tag you in photos. 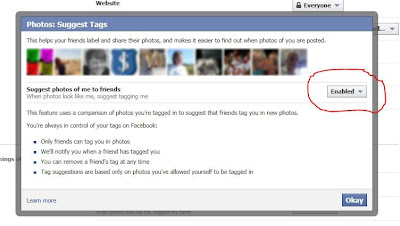 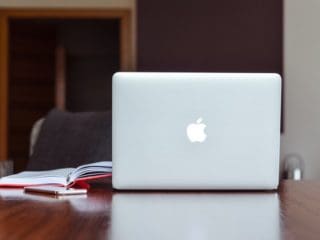 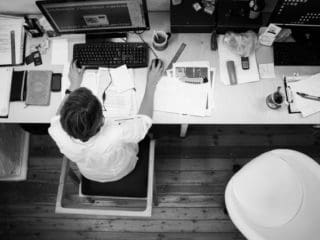