Elizabeth Koening will happen to be in Austin during SXSW. While she doesn’t have a badge, she has quite a plan. This blog post is part of our series where we discuss the much-debated South by Southwest Festival. Catch up on all the hype here, and make sure you don’t miss our CMO’s vision on why we’re prioritizing such a festival and our CEO’s plan of attack for such an event!
Here’s is Elizabeth’s plan for a fabulous, albeit badge-less, South by Southwest Festival.

I am going to my first SXSW this year, and it’s sort of happenstance. I wasn’t meant to go, but I will happen to be there, so why not stay and spend the week at The Social Element’s SXSW house?
Even without a badge, there is still a lot to learn and do in Austin during SXSW. Here is my game plan.

First, set goals
Before you invest in anything related to SXSW, it’s important to evaluate exactly what your goals are. If your main goal is professional development and pure inspiration, yes, a SXSW badge is definitely going to enhance your experience. The official panels can be extraordinary – read our CMO’s blog post on the topic if you’re not convinced (spoiler alert: jealousy may ensue).
If your goals instead revolve around meeting new people in your industry or making connections to expand your network, SXSW may be more about being in the right place at the right time to meet those individuals. And that right place may not necessarily be the official sessions. Yes, they are what attracts tons of fascinating people to the city but these same people are going to be all over Austin, eating tacos, attending unofficial panels, and enjoying music with the plebeians who don’t have badges.
If you’re into networking, you can achieve your goals without a badge.

So how does going to SXSW but not GOING to SXSW work? One word: PLAN
Being badge-less means a lot of planning. RSVP’s are the *thing* – all the advice is the same in this area, RSVP to EVERYTHING. Starting in January the unofficial SXSW events start being released and increase closer to the start of SXSW. While they may be frowned upon, there are services you can buy that will RSVP you to everything without you having to do anything. I’d however recommend going through this manually, as painful as it may be, as it helps to better understand the scale of things – and it helps with the prioritization you’ll later have to do.
How did I do it? I’ve been following some Twitter accounts, keeping up with the SXSW subReddit, and I’ve found some really handy calendars that organize all the free events in one place. Every other day since late January I’ve been checking these calendars and RSVPing to events as they are added.
RSVPing like this definitely makes my Southerner manners cringe, but SXSW seems to be a lot about celebrating excess together with technology and music, so proprieties be damned!

It’s about the journey, not the destination.
Sure, there will be lines. And you may not get in everywhere. But it’s about the journey! The best SXSW stories I heard usually involved strangers meeting while waiting in line for an event they never got into. One can learn a lot by talking with people you’re in line with. Remember being in the right place at the right time? It’s a fantastic opportunity to use a shared inconvenience to build a genuine connection with someone else. They may be awful, but they also could be the best connection you make while you’re there.
Still skeptical? This is from the best selling author Tim Ferriss:
“Behave like everyone has the potential to get you a cover story at the New York Times. […] For example, standing in line for one of SXSW’s films, I noticed a guy behind me who had giant forearms. It’s the type of thing I’d notice, so I started talking to him and learned he was a rock climber. It turned out he was [documentary filmmaker] Morgan Spurlock’s brother. Morgan got in line just a bit later, and we talked, and later ended up working together”

With the right planning, an open mind, and the ability to go with the flow, going to SXSW without a badge is definitely an adventure worth going for! I hope I see you there, and do get in touch via @elizkoenig if you want to meet up (remember? I don’t have a badge and I want to meet new people!). 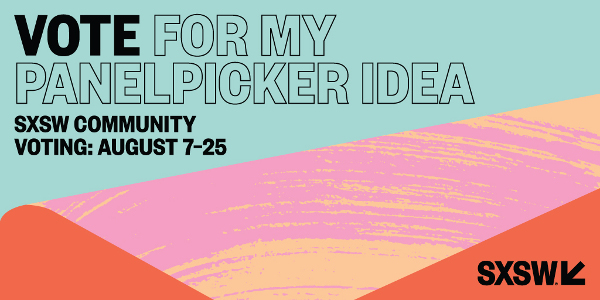 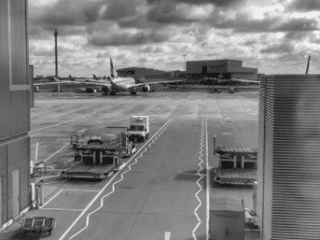