SXSW is vast, inspiring, and exhausting. It is also a huge opportunity to learn about the technologies and trends that shape our future.
So why did we go? We go in order to:

What are the big themes this year that will impact how you connect with your customers?

1. AI and automation, ethics and the role of humans

There were big questions being asked at SXSW about the potential for AI and bots. Can a virtual assistant demonstrate empathy? Can it be taught how to love? Can bots mirror human emotions? (The answer to all of these, terrifyingly, was ‘yes’ – assuming you believe human emotion and love can be defined in terms of chemical reaction and firing neurons.) And what does all this mean for the relationship between bots and humans?
Enter Natural Language Processing (NLP). There were a number of sessions that examined how NLP can create more natural and contextually relevant conversations between robots and people. Bots are getting better at understanding context. In areas like customer service, this is creating real efficiencies for brands – using bots to deal with routine queries, and freeing up humans to be more creative, solving complex problems, and adding value. The skill is getting technology and humans to work together.
A lot of this is still conceptual. There’s a lot of hype about bots taking over all our jobs – and some will undoubtedly be automated. But we’re not nearly there yet. All agreed that we’ll always need human intelligence for in-depth engagements, to add real value and to reflect the brand’s values and tone of voice. So humans will become more valuable, not less. Even with moderation, which is moving fast towards more technology-based solutions, there are flaws in pure technology solutions. Most moderation tech solutions focus on text, for example, but the majority of engagement these days is about images. So there’s a real disconnect there. Humans bridge that gap.
All this leads to a myriad of ethical issues. Submissive virtual assistants was a bit topic this year. Predominantly female, virtual assistants are creating some alarming behaviours that, according to one piece of research mentioned at SXSW, are carrying over into ‘real’ conversations. Try saying ‘Alexa, you’re stupid, you got it wrong’. She’ll reply with “I’m sorry, how can I do better?”. That has an impact, potentially, on how we view not just women, but people who assist us.
And what happens when something goes wrong? When AI uses recognition technology that identifies a human as an animal, or shows unintended bias? How does AI prioritise responsibility if it has to make a life-saving decision? Nowhere was this better illustrated than in the example of a driverless vehicle that has to decide between crashing into a tree, endangering the driver, or crashing into a pedestrial, endangering the pedestrian.

Blockchain is far more than just the infrastructure that underpins cryptocurrency. This was probably the hottest topic at SXSW. Much was made of the benefits to businesses, from being able to track every product through the supply chain (leading to greater transparency – part of the brand’s values), to decreasing fraud and the production of fake products.
But the big theme was decentralisation of information. We know from research (for example the Edelman Trust Barometer) that trust is at an all-time low. The recent Facebook and Cambridge Analytica story adds to that, too. So the idea of not having data or information sitting on central servers, owned by a large corporation, is attractive to many. If personal data sites on the blockchain rather than on central repository, it could give users more control over how their data is used.
And while undoubtedly there is hype around blockchain – with some investors overinflating the value of a business that has blockchain at the heart of its proposition – there is no doubt that this young technology reflects a population that is increasingly frustrated by lack of control, and centralisation.

3. Diversity and brands with clear values

It was interesting to see, in an event that’s primarily about technology, how much time was given over to diversity and the importance of strong brand values as a driver for growth.
Diversity was a big topic last year, focusing mostly on gender and sexuality, particularly on representation of women and LGBTQ people (or lack of it) in tech industries.  This year, though, the conversation had moved to the importance not just of representing difference within the business, but outside it, too. Influencers was a big topic here: consumers want to see themselves reflected back at them by the influencers uses by brands to promote their products. And if the brand’s people aren’t reflective of the wider community, the chances are their advocates, influencers and models won’t be either, attracting a less diverse group of consumers, and creating brands that only sell to people of a certain gender, race, body type, age, sexuality.
This diversity is reflected in data, too. There were several sessions that talked about the collection of ‘big data’ that’s actually relatively narrow in its diversity. If you analyse data from people who essentially look the same, come from the same backgrounds or ethnicity, and are the same age, you’ll end up with data that reflects that. Which means you’ll analyse that data for research and development, and end up with products that only fit the consumer type that your data was taken from. Which leads to unintended silos.
The importance of clear brand values beyond diversity was a hot topic, too. Consumers are becoming more aware (the ‘conscious consumer’) of where their products come from, and the politics of the brands that produce them. Like it or not, that’s putting pressure on brands to take a stand where once they may have stayed politically neutral.
That doesn’t necessarily mean getting involved in party politics. But it might mean taking a stand on societal issues that are political, and that matter to your consumer base. Immigration might be really important to a company that hires a lot of migrant workers, for example. Other issues that might garner strong feeling are equality, fairness, commitment to the environment. The bottom line here is to understand what your customers believe in, and take a stand on the issues that will resonate with them.
Brands are under pressure to be more transparent about their business practices. The gender pay gap issue has highlighted how much they are expected to disclose publicly.
But consumers are also valuing vulnerability and imperfection, too. Not everyone can get it right, all the time. The test is how you behave when you are weak, or when you get it wrong. Creating genuine connections with people and showing inspiring, great leadership, requires us to be open, and vulnerable. That means sometimes admitting fault, and always striving to be better.

Last year, the big focus was on Virtual Reality (VR) and Augmented Reality (AR), with discussions on whether VR could have an impact on empathy (something we’re exploring in crisis simulations run by our sister company, Polpeo). There were some interesting applications of VR in training situations – for astronauts, most notably – and also being used to good effect by charities in helping people understand situations in refugee camps or war-torn remote areas. But most brands were still looking for the killer applications, with some AR and VR feeling more experimental than truly valuable.
This year – beyond the obvious scope for VR in the entertainment and film industries – it’s fair to say there’s still not a clear picture of how VR will impact the way brands connect with humans day-to-day, and some of the applications still feel a bit gimmicky. But there were more use cases by some of the more innovative companies in how to use VR. Siemens, for example, use VR as an internal communications tool, connecting employees across the world, and building a deeper understanding of different ways of working and different cultures across its global team. Powerful stuff.

SXSW is all about the big concepts. It showcases the big game-changing trends in tech and communication, including societal changes driven by technology. See you next year! 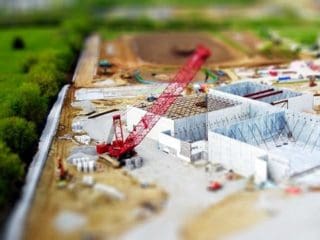 Next Post (n) Invest in Your Community: They’re the Future of the Web