According to the Office of National Statistics (ONS) there are over 22 million people aged over 50 living in the UK. In the US, the baby boomer generation – post-World War II babies born between 1946 and 1964 – accounts for an impressive 77 million of the population.
Yet on both sides of the Atlantic, this demographic feels increasingly ignored by marketers and advertisers, particularly on digital and social media. Recent research commissioned by High50 – a community website for the over 50s – revealed that only 11% of respondents believed that brands were interested in targeting them. This is particularly true for 50+ women, who feel that many fashion and beauty brands are only interested in marketing to millennials.
This is a big mistake. Both in the UK and US, this audience is one of the most affluent demographics – with a high disposable income, the leisure to take expensive holidays, and the taste for quality cars and luxury beauty brands. They are also happy to switch brands at the drop of a hat.
So, what are the popular myths surrounding the over 50s on social media, and are brands doing anything to tackle them?

They are all one group

Many marketers and advertisers make the mistake of treating the 50+ audience as a single homogenous audience. This couldn’t be further from the truth.
In a recent survey published in Marketing Week, research organisation iProspect identifies three clear audience segments.

A recent study from the Pew Internet Research Group on the use of technology among older adults also revealed a key difference between the over 65s, for example. The study showed that there were two distinct groups: affluent, early adopters who are confident using technology and aware of the advantages online communications bring; in contrast, the less affluent are less engaged on digital.
That said, some leading UK brands are getting the targeting right. High50 name-checks Marks & Spencer (recent fashion campaigns have included Twiggy, Emma Thompson, and Tracey Emin), John Lewis and the BBC as success stories with consumers.

They are afraid of technology

Baby boomers ‘are not a generation new to technology’, said Joseph Coughlin, director of the AgeLab at the Massachusetts Institute of Technology. ‘This notion that older adults don’t love technology – that’s not on older adults, that’s bad technology,’ he added.
And remember, the pioneers of the technology that we use today – Tim Berners Lee, Bill Gates, and the late Steve Jobs – are classic baby boomers.

They don’t know how to use technology

In fact, tablet use among the cash-rich over 50s has seen phenomenal growth and driven the use of social networks. The readability and portability of tablets means they are widely used by this demographic and in some cases are driving sales.
According to Grant Feller from GF Media, a specialist in content for the over 50s, the use of tablets has helped to drive sales at over-50s fashion store Bonmarché and to increase dwell time on The Times (average readership age 35-65) by up to 20%. In contrast, the High50 survey called out Apple and Samsung for failing to speak to an older audience.

The opportunities that Facebook offers for people to connect with family and friends, particularly from days gone by, has meant it has a steady and loyal following among the over-50s, as younger audience switches to more visual based platforms such as Instagram. According to a Global WebIndex survey, 70% of online baby boomers have a Facebook account. Other popular platforms are YouTube (34%), Google+ (39%) and Twitter (31%). In contrast, Instagram notches up a measly 7% among this age group.

They don’t use visual platforms

Pinterest is a growth platform among baby boomers. Its leanings towards fashion, interior design and crafts content make it a big hit among women, who make up    the dominant audience on the platform.
Pinterest also has a second string to its bow, as a marketing tool for over 50s who are ‘downsizing’ from traditional corporate careers to running their own business.

They don’t use social for business

Launched in 2003, LinkedIn was one of the first social networks, and has a high usage rate among digital savvy baby boomers and professionals. Even social media skeptics now acknowledge its power in creating those all-important career connections – particularly for people considering a major career change or moving in to consultancy – a common move for this age group.
Slideshare, one of the least self-publicising of the social media platforms is well within the comfort zone of publicity-shy baby boomers, allowing users to post business content, white papers, and research.

If they’re not on social media already, you won’t get them to sign up

Baby boomers are sticklers for customer service and while they are unlikely to share selfies of themselves on a beach, they will happily take to Twitter or Facebook to complain vociferously. Indeed, poor customer service – and a tedious wait to an offshore call centre – may well provide the impetus they need to sign up to the social media they’ve previously shied away from.

They think online communications are anti-social

Sociability is undeniably connected to happiness for most people and several studies show that being active on social networks boosts self-confidence, particularly for the over 50s. T.J. McCallum, Associate Professor of Psychology at Case Western Reserve University, conducted a study looking at technology and socialization among seniors. His research revealed that regular engagement with technology increased self-esteem and improved social interaction among this age group, compared with individuals who did not actively use this technology.
While they don’t necessarily feel the need to be ‘always-on’ like millennials, they are happy to get to grips with tools such as Skype which allow them to keep in touch with their families, and sites such as Flickr which allow them to post and share favourite photos.

They prefer word of mouth

Yes, in some instances, but word of mouth works particularly well between generations – which provides a huge opportunity for heritage brands. According to Nielsen’s, 92% of consumers trust recommendations from friends and family over other forms of advertising. Treating the over-50s as a marketing asset helps the brand build long-lasting loyalty among the millennial audience – who will, in turn, go on to share their experience on social.

None of their role models are on social

Baby boomers may be the smallest demographic using Twitter (about 31%), but they are also one of the fasting growing audiences on this platform. This may be because some of our favourite and most talked-about celebrities have passed their half-century, and lead the way on Twitter:

If only Bradley’s arm was longer. Best photo ever. #oscars pic.twitter.com/C9U5NOtGap

Rocky the Rock Star at his first gig with his fans! pic.twitter.com/yYUC25KBcP
— Sharon Osbourne (@MrsSOsbourne) July 17, 2014

As the current generation of digitally native 35-49 year-olds fast approach the halfway mark, and with the number of baby boomers on social media tripling in the past four years, it’s clear that both brands and advertisers need to do some serious thinking about how they segment this powerful audience and the channels on which they target them. 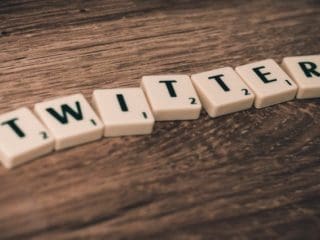 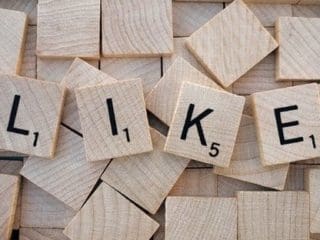