Everyone’s doing the 10-year challenge on Facebook. Despite cynicism from some quarters (is Facebook doing this to mine data and power facial recognition systems?) this appears to have been led by consumers, rather than Facebook itself.
We thought it would be a great opportunity not just to count the wrinkles, but to look back over the last 10 years at what’s changed in social media.
Consumer power
In 2008, we saw the financial crash, and a real rise of consumer power through social media use. The Hudson River landing of 2009 marked a tipping point for citizen journalism, with the iconic photo taken on a mobile phone beamed all around the world within minutes of the plane landing. It’s something we take for granted, now, but then it was extraordinary.  Now, citizen journalism is driving the need for independent, curated news reporting and opinion, in a world where everyone’s a commentator.
Political influence
The Arab Spring saw the rise of social media use to influence politics – something that’s continuing through presidential elections (the US and Brazil in particular) and Brexit. And, of course, that’s brought controversy with allegations of nations interfering in elections, and Facebook’s power to influence political outcomes.
Economic change
Social media is seen to affect economic change, too. In 2010, eruptions from the Eyjafjallajökull volcano in Iceland caused chaos to travel across Europe, and to Iceland’s tourist industry. Iceland’s amazing social media campaigns after the dust had, quite literally, settled, are widely credited with helping to restore tourism. The ultimate ROI of social media – something brands are focusing on more today than ever before.
In search of the authentic
In 2009, we were all a little more open about what was, and wasn’t authentic on social media. Our feeds were filled with people who genuinely were passionate about their subjects – something that is in danger of becoming over-manufactured in the current climate of influencer marketing and inauthentic content. The current backlash against ‘fake’ – news, passions, content – will change that in 2019, as brands once again seek authentic content that inspires passion.
The rise of cause marketing
While some brands have always marketed based on beliefs and values (Ben & Jerry’s is a great example), social media has facilitated the rise in cause marketing by brands keen to embrace a new wave of consumers who not only buy based on belief, but wear their beliefs as a badge of honour on social media. This isn’t going away any time soon – but brands, beware – consumers will sniff out any hint of value-washing.
Changes in social platforms
It’s only when you look back that you realise how much has changed. Ten years ago, most social media campaigns focused on user-generated content. It’s having a resurgence now, again, but in the form of user participation and co-creation. Brands have shifted their focus from forums and blogging, to visual social media and ephemeral content such as Stories on Facebook and Instagram.
And, of course, the biggest change is that so much more of the social campaign focus is now on Facebook rather than on brands’ own sites (where they were focusing 10 years ago), with brands continuing to move to new networks where their consumers are to create the most effective campaigns.
The Social Element has evolved and continued to grow through all the changes, and we thrive on them. I’m looking forward to what the next 10 years have to offer. 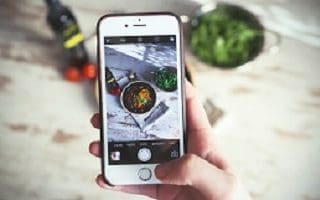 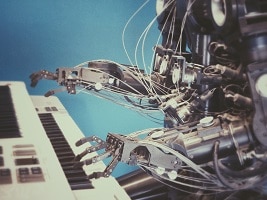