As Twitter’s new owner, Elon Musk, continues to make changes to the network – including firing the ethical AI team, firing thousands of moderators, and making changes to the verification scheme that saw spoof brand accounts cause headaches for marketers – many Twitter users have been experimenting with other networks including Mastodon.

While Twitter users are exploring sites like Discord, Tumblr and Cohost, Mastodon seems to be the go-to alternative.

“Social networking that’s not for sale.”

Eugen Rochko founded Mastodon as a more democratic alternative to mainstream social networks. Its federated nature allows anyone to set up servers (instances) and create guidelines for their members.

“Your home feed should be filled with what matters to you most, not what a corporation thinks you should see. Radically different social media, back in the hands of the people.”

Mastodon has boomed in popularity since Elon Musk’s Twitter takeover, reaching more than one million members as of 11th November (up from 400,000 before 27th October).

There are more than 5,700 instances on Mastodon, with over 4.5 million users (over 1.7 million active users in the past month. Some instances are large, like the flagship mastodon.social (180,000+) users, while others are smaller and serve specific communities like the LGBTQ+ community or special interests like sci-fi and fantasy.

Twitter ‘migrants’ are finding some key differences between the apps. For one thing, you need to choose an instance when signing up. Instances are a bit like choosing a Discord server, only you can follow people from other instances and see their posts in your home feed.

Mastodon gives users 500 characters to use and allows image, video and audio uploads, as well as polls.

It has a very strong culture of expecting users to add content warnings on a wide variety of content (such as NHS waiting times and political discussions).

Boosting (Mastodon’s version of retweets) is very important as the site doesn’t use algorithms to present content – you can just view your followers’ posts or view a timeline of all posts in your instance as they are published. Boosting helps you find people in other instances who you may want to follow.

Any instances that don’t abide by the core community guidelines aren’t promoted by the site (meaning that people from other instances can’t view content from that instance or interact with their users). Instances have been added to this list for spreading misinformation and conspiracy theories, harassment, inappropriate content, spam and hate speech, among other things.

Should brands be getting involved?

Many people are now experimenting with what they can do on Mastodon.

However, it’s worth keeping in mind that the original users of Mastodon, and many people who have joined since, were attracted to the site because they were looking to move away from large centralized networks with algorithms, addictive elements and promoted content.

Elon Musk taking control of Twitter was the last straw for many who felt like they already weren’t in control of their online presence.

Things to keep in mind:

Unless Mastodon makes major changes to the way the site operates, it’s probably not worth brands experimenting on the platform, especially when there are other social networks where people are more likely to engage with brands.

Twitter continues to be in a state of flux. We’re advising brands to pause paid advertising and any proactive engagement on the site.

But do keep replying to customer queries and comments, and monitor for any reputation issues (such as impersonation). 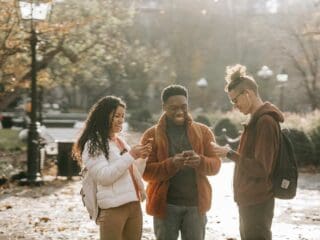 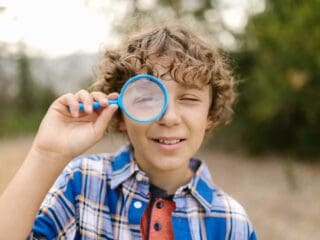