BeReal is looking for ways to bring in the 💰

While not officially confirmed by the app’s founders, it is being reported that BeReal is looking to introduce paid subscription features in order to bring in income. Since its conception, advertising hasn’t been allowed on the app, and it appears that they are sticking to their guns on that, at least for the time being.

Short form video creators across all platforms have struggled to make a living from their content alone, but YouTube is looking to change that. They are reportedly bringing ads to Shorts, and are planning to pay creators 45% of the ad money, as well as lowering the barrier to entry for their YouTube Partners Program.

Reels still struggle to live up to Meta’s investments 🫣

Despite Instagram’s heavy push of Reels, short form videos on the platforms are still lagging behind TikTok, with the platform struggling to court creators to create original content. In fact, users are spending less than a tenth of the time they spend on TikTok watching Reels, and engagement fell by 13.6% in August.

Bet you you’ll see stars with this trend ⭐️

Meta is testing ‘Community Chats’ which can be started from Messenger and Facebook Groups. They’ll allow you to organise chats into categories or have admin-only chats for announcements and event chats, which could be useful for brands managing large groups with multiple topic discussions.

YouTube is testing a feature which automatically reformats landscape videos into vertical format. Short-form vertical video is how social content is being consumed and if this feature works, it will make it much easier for brands to use existing video assets and get started with YouTube Shorts.

A new tipping feature called ‘Gifts’ is currently being tested as an internal prototype at Instagram. If rolled out externally, it will allow creators to earn money from Reels. Other platforms like TikTok and Twitter already have their own versions of a tip jar, so we’ll have to wait and see if this is rolled out further. 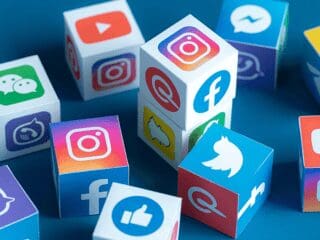 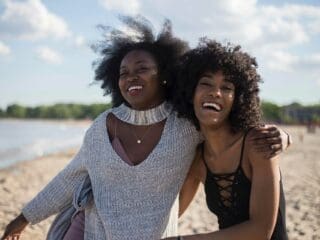