From Elon Musk’s Tesla tweet to Facebook’s data breach, the crises came thick and fast in 2018. Lisa Barnett takes a look at three of the year’s biggest trends in crisis communications.

Trend 1: The CEO can bring down the reputation of a company

The CEO is in the spotlight like never before. Elon Musk’s ill-judged tweet (“Am considering taking Tesla private at $420. Funding secured”) cost him and the company $20 million each in SEC fines for misleading investors (the $420 was a cannabis reference, designed to make his girlfriend laugh). Although Tesla had informed the SEC it would be communicating material information to the market via Musk’s personal Twitter account, the SEC said Tesla did not have adequate controls over his posts. Here, the CEO really was Tesla’s biggest asset and its biggest liability.
Pay has always been the subject of intense scrutiny – but possibly never as much as for Jeff Fairburn, the former CEO of Persimmon – the UK housebuilders that focus on first-time buyers, and benefit from the UK government’s ‘help to buy’ scheme. Fairburn agreed to leave his job over furore about his £75million pay award – paid under a structure that had been agreed, based on a strong company performance. Shareholders said the company’s ‘reputation had been tarnished’, despite Fairburn saying he would give a proportion of his pay to charity. Was it the way he handled it that caused the problem? One analyst suggested that walking out of a media interview, refusing to discuss pay could have been the ‘final straw’.

As we saw with Nike, doing the right thing for your brand doesn’t always win you fans from all quarters. Its campaign with Kaepernick saw sales increase, company value increase – and people burn trainers in the street. For Nike, no stranger to controversy, this was a price worth paying.
For other brands, the backlash is less planned. In September 2018, Salesforce’s CEO, Marc Benioff, hit the headlines when it came to light that Salesforce provides technology to the US Customer and Border Protection (CBP), which carries out Trump’s border policies (including the controversial practice of separating families at the border). Salesforce came under pressure – including from its own employees – to cancel the contract, and Benioff ducked out of a call to discuss the issue with Raices, a refugee support group, saying he was ‘scuba diving’. Brands won’t just be judged for what they do, but for what their customers do.

Everywhere we looked, a brand was losing data. Marriott hotels had 500 million guest records stolen, including (for 327 million of those) passport number, date of birth and mailing address. The data was encrypted, but the hackers stole the encryption code, too.
Facebook was hacked towards the end of an extremely bad year for the network’s reputation, and the details of 50 million users were exposed, the biggest breach in its history. It didn’t do much to support a battle-weary Zuckerberg in his assertion that Facebook has “a  responsibility to protect your data.”
And the Indian government came under fire when its Aadhaar biometric data identity scheme was found to be insecure – a journalist managed to buy 1.1 million citizens’ records for a reported 500 rupees (around £6). The police are now investigating the journalist for illegally accessing data.
Whatever your organisation type, data breaches are now a fact of life and something all businesses must prepare for.

There is more pressure than ever before on brands from consumers, journalists, stakeholders and observers, holding them to account for how they behave, how they uphold their values and their promises, and how they fulfil their responsibility to customers. Being crisis-ready to face that pressure is something that should be on every brand’s agenda for 2019. 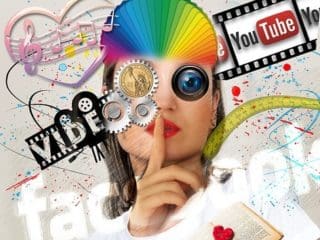 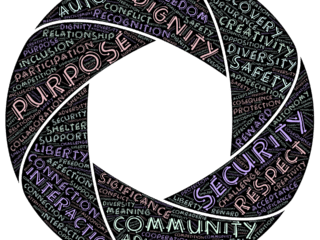