Social media has always been an effective platform for supporting new product launches since it has a vast reach and the flexibility for brands to be their creative bests.

For CPG and FMCG, traditional product launch methods such as in-store samples, pop-up stores, and launch events have been limited due to the pandemic – now is the time to make the most of out of what social has to offer.

Done effectively, social can be more cost-effective and allow for greater flexibility when it comes to creative concepts and campaigns. And creativity is essential right now with many consumers saying that they’re overwhelmed right now with information. Brands must enhance their creativity to cut through the noise, and make an impression.

It could be something as simple as using Twitter’s new disable replies feature to get fans in a frenzy:

Exclusive content, anticipation-building hints and engaged, passionate communities are the building blocks of a launch campaign that generates hype.

Here are 5 key ways to leverage social to make the most of your product launch.

1. Creating buzz and urgency on social media is instantaneous…if you get it right

It’s easier to build excitement when consumers feel part of the community.

Cadbury created excitement and urgency with the re-release of the Cadbury Orange Twist. Cadbury knew they would get a good response when that flavor sold out last year, so they created scarcity and a hype machine at the same time by making people “take a number” on Twitter in a virtual queue during a limited time with the first 5000 people receiving the product.

A live stream showing the demand went live on Cadbury’s Twitter account with a rapidly dwindling “availability” as the limited supply was claimed by ticket holders. Within 4 hours, Cadbury tweeted that all 5000 spots had been taken leaving many disappointed, but certainly excited about how they could get their hands on the chocolate.

Over 20K Tweets later, #TwirlOrangePresale was trending even after all the candy had been claimed. Having a bullet-proof social campaign strategy built on known product affinity is important in such a public venue, Cadbury’s success can be attributed to guaranteed product love and good timing on Twitter. Their hashtag was one that could not be co-opted, which especially for Twitter campaigns should be considered.

Start people talking about what it could be. Make them ask questions.

For example, Danone UK used Instagram to build anticipation for its partnership with zero-waste packaging brand Loop by posting video and images.

When Marmite launched its Marmite peanut butter range, it teased it on Instagram with visual games and a Spotify playlist (that you had to scan a code in a photo to get access to).

3. Use social listening to discover new ways to market the product

Social listening can provide insight on the problems customers have that the new product can help solve.

For example, Elf Cosmetics joined TikTok when it discovered that #elfcosmetics was already trending. Since then it’s commissioned songs, started challenges, and had campaigns go viral.

By using social listening, brands can get ideas on ways to market the new product on social media that they might not have considered before.

4. Collaborate (& give sneak peeks to) people who will be using the product

People can become more excited and invested in a launch campaign when they are directly involved in promoting the product. It hints that the brand understands who its customers are and what they want.

Beauty brand, Glow, has a private Instagram account that people can ask to join when they want to become part of the Glow Gang community. One of the perks of community membership is testing new products before their official launch. This community will be invested in the product’s success and will help to spread the word.

5. Team up with micro-influencers to spread the word

Research has shown that larger influencers may get a lot of views on their posts, but micro-influencers tend to have more time to form deeper relationships with their followers.

FMCG brands could take a leaf out of game publisher Electronic Arts’ book. Its SIMS franchise has multiple launches of new content each year. Using its Game Changer program, the brand works with fans of the game who are influential on social media (who have large and smaller followings).

While they aren’t always complementary about the game, they help to spread hype around launches and fans know that they can trust what they say.

Whichever type of influencer brands decide to work with, the most important thing to consider is what impact specific influencers will have on the launch campaign. 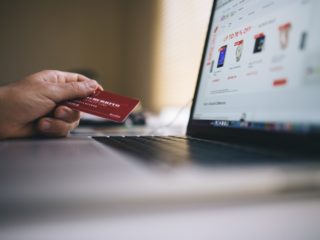 Previous Post (p) How is social shopping changing in 2020? 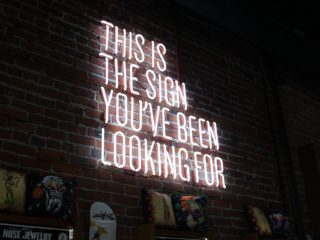 Next Post (n) #SaveTheChildren: QAnon and Brands on Social