Back in May, Twitter allowed people with over 600 followers to host a session on Spaces. Twitter announced Spaces back in December 2020, and since then, the platform has been working on updates to make the feature more appealing, including the rollout of Ticketed Spaces.

Is now the time to make Spaces part of your social media strategy? Here’s the rundown.

Spaces is essentially Twitter’s answer to Clubhouse (Twitter reportedly offered to buy Clubhouse for a reported $4bn, but discussions stalled). Twitter Users with more than 600 followers can start a live Space – this will make the person the host of the session (you can have up to two co-hosts), and up to 13 people can speak. Hosts can also schedule Spaces for later.

Anyone can listen in to a Space (unless the host has the person’s Twitter account blocked), but only the host has permission to make someone else a speaker in the Space. Full features are currently mobile-only, and there’s no live chat feature or option to replay the session (although Twitter is working on this and developing live chat rules).

Ticketed Spaces, which Twitter is rolling out now, allows hosts to monetise Spaces by selling access to the talks. August also saw Twitter tweak the app to show users when people they follow are attending a Space.

What does well on Spaces?

It’s early days for Spaces, and Twitter users can be reluctant to embrace new features (think Fleets). But there’s potential for it to work well for brands which have the right kind of content (think almost like live radio). For example, the Financial Times uses Spaces to discuss the financial markets in its ‘Markets Live’ conversations. It’s a natural fit – it’s conversational, doesn’t need video, it’s live, and it needs more depth than a written post.

In a completely different market, K-Pop is doing well on Spaces, with artists hosting Spaces to interact with fans (earlier this year,  Twitter revealed that out of the five most listened to Spaces, three were hosted by K-Pop accounts).

Spaces does still have an ephemeral feel to it, which is why currently, live content works well.

If you follow an account, you’ll see its Space at the top of your feed (a bit like Stories on other platforms). Or, you can type a specific address in the app (Twitter is working on adding a Spaces tab to make this easier).

The downside is that if you’re not on the app while the Space is live, you’ll miss that it happened. Hosts are encouraged to DM people they want to attend with the link or send a tweet out when they go live.

Spaces is great for organic reach, particularly compared to Clubhouse. If your brand is already on Twitter, you have an audience ready and waiting, whereas if you’re starting out on Clubhouse, you have to build that audience from scratch. Ordinary Tweets have a short lifespan – especially at the rate Twitter refreshes the feed – but Spaces sits at the top of the feed for people who follow you, which boosts visibility.

And it gives social credibility – you can see what your network is listening to, which maximises reach.

Moderation isn’t the issue it is on Clubhouse – if you’re on Twitter, then you’ll already be moderating and maintaining your account.

It’s accessible. As a user, you don’t need anything to open Spaces. There’s no requirement for a box, or a video or a microphone – you already have all that on your phone, and it’s easy  to listen to Spaces on the go. Although Twitter has lagged in accessibility options in some areas, Spaces is a great feature for people who are visually impaired. Ultimately, we’re used to the behaviour we need for Spaces – we’re familiar with using our phones to do things like listen to podcasts, for example.

Ticketed Spaces could even be a revenue generator for some brands, in areas like fundraising for charity, or paid events. Twitter is planning to let hosts charge between $1 and $999 for tickets to attend certain Spaces.

Should your brand be on Spaces?

It depends. As with most channels, Spaces is going to be more appropriate for some brands than others, and the key is to think about whether your brand’s content could work for audio only. Big entertainment brands, brands with fandoms and brands that do a lot of marketing around practical advice or discussion, for example, could do brilliantly on Spaces, while something like a frozen pizza brand probably wouldn’t have a lot that would keep people engaged and listening. If you have a subject which lends itself to interactive conversation, Spaces could be the place for you. 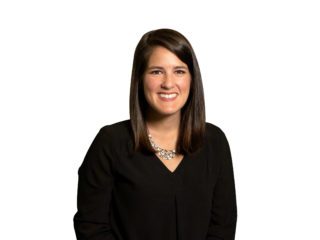 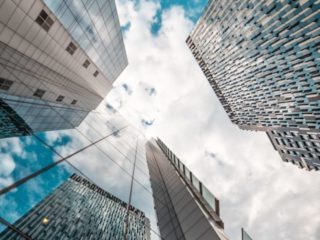