This year at SXSW, Kate Hartley, co-founder and COO of Polpeo, and I took part in Porter Novelli’s Perspectives series to chat about how social media has changed crisis management.
Filmed on location at the SXSW trade show, the session highlighted the scale of change in recent times, but also how emerging trends like automation and emotional analytics are continuing to disrupt the industry.
Here’s some of our key takeaways from the session.

The power dynamic has flipped

Anyone with a smartphone and a data plan can capture and globally distribute information. This has fundamentally changed crisis management.
Kate shared a great story about a client she used to work for – a shipping company – that handled a crisis in a way that would be impossible now. One of this client’s ships had been badly damaged on one side by a storm at sea. The media had got wind of it and were waiting for the ship to dock. To avoid negative coverage, the company simply docked the ship in a different direction, so the worst of the damage was facing out to sea and couldn’t be photographed from the port.
The technology which is now commonplace, from smartphones to drones, means that had this happened today, there would almost certainly be high definition footage of the damage circulating before the the ship had even returned to port.
It used to be that the media had all the power in a crisis. But now it’s ordinary people who influence the media’s agenda. Dealing with ordinary people requires a different approach to dealing with media. It means you have to be more human, and of course with humans comes risk. You can’t put every conversation through a lawyer.

The traditional risk-averse, cold, corporate crisis response can now do as much damage as no response

The best approach to a crisis response – and outside of crisis periods as well – is the one that shows your brand has empathy for people. The traditional risk-averse, cold, corporate crisis response can now do as much damage as no response. When you get the approach  wrong during a crisis, social media backlash can have a real impact on a brand’s bottom line.
Being able to connect with an audience in a genuine and empathetic way is a key element of a crisis response in the age of social media.

Once, if an influential person disparaged your brand, it could possibly spell disaster. Now, audiences are a lot more savvy about who they listen to. If you’ve invested in building positive relationships with your customers there’s a good chance they’ll rally around your brand.
The flipside is you need to know who those people are that your audience will listen to and get them on side during the good times so they can (hopefully) wield their influence to help you when things get rough.

The technology is great, but we still need smart humans

Chatbots and other forms of automation were high on the agenda again at this year’s SXSW. While these tools are great, you still need the right people in place to build real relationships and communicate in the right way with your customers.
With the rise of social has come a flood of data showing who’s talking about your brand and, more excitingly in recent times, the emotions your brand inspires. This kind of data is gold dust for brands who want to really resonate with their customers.
Having that kind of data is one thing, being able to respond to it in the right way is another.
You need people to use that knowledge in a way that positively affects the business, and know how to respond with emotional intelligence. The more we automate, the more we need skilled humans to communicate over digital media. 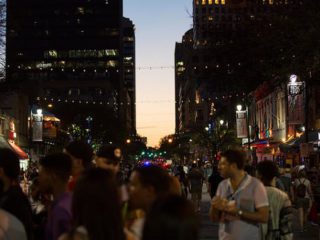 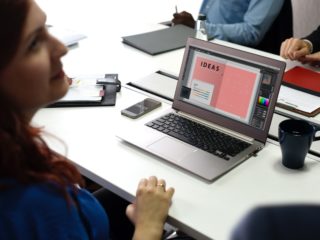