Facebook have been in the sandpit a lot this month.  First, there were the experiments in sound alerts (commonly reviled) and the much more sensible Get Notifications button. Now they’re playing with ranking comments by engagement, and a Facebook reply to comment button for comments left on a timeline.
Two of the Pages in the test include Fareed Zakaria and New York Jets player Tim Tebow.  Comments on their posts are now apparently ranked based on Likes, responses and hides: those with the most engagement appears higher up on the list in a similar way to the Reddit system of ‘upvoting’ on posts.
The idea is to improve the user experience: serve the most interesting content first. It is of course, like all EdgeRanking seems to be, a somewhat self-fulfilling prophecy: the more popular updates and comments are seen by more fans and become more popular still … and levels of engagement doesn’t always reflect the level of quality.  However, you can see what Facebook are getting at anyway.
The other interesting development in testing is the ‘Reply to Comment’ button.  If this is implemented, Facebook comments are going to become much more conversational, much more forum-like.  Users will really be engaging directly with each other on the brand’s  Page, and the brand can talk directly right back to them.

The colour coding distinguishes posts, comments and replies to comments (see the screengrab below). There seem to be only 3 levels, preventing things from getting too complicated:

For Page admins, it will be great for engagement.  The problem currently is that a status update is posted and then hundreds of comments by users. However, if the brand wants to respond to a particular user (using a clumsy “@username” as signifier perhaps), their response goes at the bottom of the thread, rather directly underneath their post, thus making little sense on the page.
Community managers working on a Page will be helped to create real stories and conversations and respond directly to queries and complaints. Fans will benefit: they can see easily when it is their query being answered, and (hopefully) feel special from the individual brand attention.
On the negative side, although conversations will happen, flame wars between fans will almost certainly increase, and it will be interesting to see what effect moderation will have on this development. When a comment is deleted, to which replies had already been made, what effect will this have on the conversation?
How Facebook third party tools would cope with this, in terms of the display of post context and reporting of ‘comment’ vs ‘reply to comment’ is yet to be seen.
But of course this is just a test, and may not yet be rolled out to all Pages. Watch this space.
Update 25 March 2013: Looks at though this is going ahead, at least for higher profile accounts. See Inside Facebook‘s coverage today: starting in April 2013, this system will be available on an opt-in basis for all accounts with more than 10,000 fans or followers. 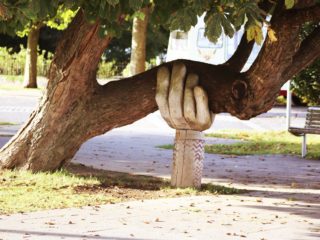 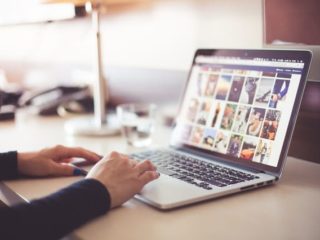 Next Post (n) Using Photos on Social Media in the UK: the Legal Pitfalls