From its emergence in the mid 2000s, Social Media established itself quickly as a vital conduit for communication, whether factual or fantasy. Sharing is done instinctively by most, rapidly propagating information without much thoughts on checking its veracity.
In recent times, we have seen plenty of examples of rogue organisations and nations using this behaviour to manipulate populations, attempting to influence them to act in ways that will benefit their goals. Similarly, grassroots ethical movements have benefited greatly from the megaphone effect that Social Media provides.
The challenge for social media platforms (those that truly mean and believe in their statements of providing a neutral platform for positive discussions, anyway!) is to celebrate and promote genuine activism, while protecting its users from emotional manipulation from corrupt actors.

When it comes to affecting people’s outlook on national political discourse, opinion are greatly affected by what they read on Social Media. The UN have claimed that Facebook has knowingly acted as a platform for the spread of hate speech and are responsible for allowing the promotion of hatred fuelling the ongoing genocide in Myanmar.
According to recent Pew Research, almost 3 in 10 young US men have changed their mind on an issue due to something they’ve seen on social media.
In the end of July 2018, Facebook announced that it had discovered “coordinated inauthentic behavior,” on its platform – targeting the midterm elections. What they uncovered were attempt to test out interest levels in fake white supremacy events as well as encourage attendance and boost attendance numbers to influence the perception of the events. Around 290,000 followed at least one of the Pages removed by Facebook, and over 9,500 organic “fake news” posts were created by a total of 8 inauthentic Pages and accounts. $11,000 was spent on 150 ads in a 6 month period.
This points to concerted efforts (in this case the suspicion, not confirmed, was directed to Russian agents) to promote unfactual information, influence behaviour and manipulate opinion.

Worrying data came to light around the sheer scale of these attempts; Much of this misinformation is done via large networks of bots or automated fake accounts, for example 50m Twitter accounts are suspected to be bots, may of which outputting dubious content. China’s “50 Cent Army”  (so called on the basis they were paid 50 cents per promotional comment made on disinformation posts) uses vast numbers of accounts to “flood the internet with comments meant to distract people from crises or to praise the government.”
These large networks of bots manipulate public discourse by being used to initiate a conversation or promote a position into online communities via the use of Sockpuppet accounts, usually actively managed by a human. These posts are then amplified by tens of thousands of automated accounts (amplifier bots) which repurpose into a new post or retweet the original.
“Approval bots” engage with specific tweets or comments, Liking, retweeting, or replying to enhance credibility, and give legitimacy to an idea as well as maintain it in a search stream.
In some vigorously contested topic areas, bots are often used to harass and attack individuals and organizations in an attempt to push them out of the conversation.

This leads us to Brazil’s recent election, during which FB remove 33 links promoting fake news around the Brazil electoral candidates, specifically leading with the allegation some of the candidates wanted to sexualise children and have also been ordered to provide the IP addresses of the publishers.
A monitoring project, Comprova, was set up to investigate fake news allegations on social networks in the country. As stories pick up visibility online, Comprova assigns them to journalists who investigate and validate or disprove them.
This helps to address the bubbles of opinions that form around misinformation in real time.

These types of monitoring projects are crucial to ensure the positive side of the use of social networks to promote positive political activism. Examples of this are the Labour campaign in the UK at the last General election, where a very strong and aggressive online movement used positive terminology to bolster and motivate its user base, rather than leverage the platform to attack opponents, which was the course of action followed by their main opposing party the Conservatives.
Labour’s campaign #forthemany focussed on uniting voters around a positive message of togetherness and being able to make a difference. This led to an upswell in support within the younger vote, with the proliferation of other hashtag communities springing up such as:

This led to the number of young people registering to vote in 2017 was the highest in any age group, and some polls suggested turnout among under-35s rose by 12 percentage points compared with 2015, to 56 percent. Other reports estimate that as many as 72 percent of eligible 18-24 year olds voted. This surge, which was quickly dubbed as the “youthquake”, partly constituted Labour’s 10-point advance in vote share.


It’s no surprise that Snapchat is trying to steal a march by allowing people to use it to register to vote; the question will be how they will ensure their app is not overwhelmed with fake news and rogue bots. Social networks need to work on ensuring their platforms continue to tilt towards providing a space for meaningful and genuine relationship building. 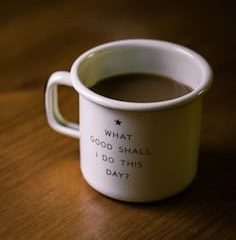 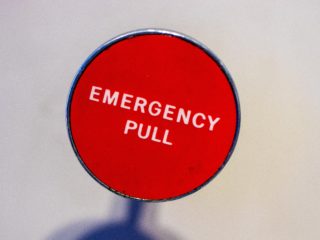 Next Post (n) When is a crisis not a crisis?