The dust is settling on the midterms in the U.S. of A. Multiple states reported record-breaking early voting numbers, celebrities (as always) went public with their views, and partnerships with brands were formed to encourage the public to go out and vote. We are in a day and age where digital media is heavily affecting.. well.. everything.  Our faces are buried in our phones on a daily basis in one way or another, and people turn to social channels as a source of news. Historically speaking, the number of voters vs the number of United States citizens is shockingly low. We looked at what some of the more political brands did in the run-up to the elections.

Historically speaking, brands would stay determinedly neutral in politics. There was too much to lose – the favour of the current government, a negative backlash from consumers.

But these days, consumers expect brands to take a stand. It’s a tough call and takes bravery. Politics, particularly in this age, is an extremely charged and polarising topic. You could lose customers who go against your political stance, but you gain the loyalty of those who share it (just look at Nike and Colin Kaepernick). And some get it spectacularly wrong. Remember the Pepsi ad starring Kendall Jenner? It was pulled for making light of protest and the #Blacklivesmatter movement.

Politically active but neutral: brands come together to voters voting

Whatever side of the political fence, a number of brands pulled together to encourage people to vote. Time To Vote was a campaign launched by CEOs of companies that include SouthWest Airlines, Lyft, Farmers Insurance, and others, to persuade people to get out and vote. The cool thing? These brands offered paid time off to their employees to take the day off and go vote. That was a politically neutral, positive action, and was well-received by consumers.

We took a look at mentions and sentiment on social media between August 1 and November 7, and overall, saw a 16% positive sentiment towards these brands for letting employees take the day off work to vote.

What about the brands who took political sides?

We also took a look into how sentiment was affected for two brands who were more political in their views: Lyft and Patagonia. Patagonia spent the last few months actively telling people who to vote for, targeting to their demographic of outdoorsmen and focusing on causes and politicians who support laws and changes to positively impact the environment.

The rideshare application, Lyft (also part of Time To Vote) took a stance on political issues (rather than political parties), most notably on equal pay.

We analysed the sentiment of people towards both brands, and found that the majority of negative sentiment on social media, while low (just 1% of overall mentions), was directed toward Patagonia and Lyft for their stances on specific political issues.

Please stop with this propaganda. Stop taking advantage of drivers, and stop charging 500% prime time in poor neighborhoods, you liberal con jobs. Are you really proud that Lyft signs your paychecks? Disgusting practices and immoral people. Only pigs at corporate Lyft

Brands that got involved, but stayed neutral

Other brands chose to spread the word to customers to vote, but with no political bias implied. Gap, the clothing brand, changed its website banner to encourage users to go vote.

On the @Gap home page — a banner that says, Go Vote. It Matters!
It does. Vote, Go vote. Get to voting. Also, you might meet a new friend.

Trello, the productivity app that’s been organizing companies for years, used their platform to showcase their encouragement to ‘Go Vote,’ tagging @rockthevote.

Lastly, Google changed its homepage on November 6 and branded ‘Go Vote’ to encourage the masses to get out and vote.

These kinds of politically neutral (but still politically award) posts made up 83% of brand mentions around the elections, and went down well with consumers.

For brands who want to get involved, but don’t want to deal with the fallout from being politically partisan, a campaign to encourage people to vote was a great way to show awareness of the big issue facing consumers.

But for those brands that want to be more political, the key is to know how your consumers feel. As Nike experienced, dealing with a backlash might be worth it, if it leads to increased sales. 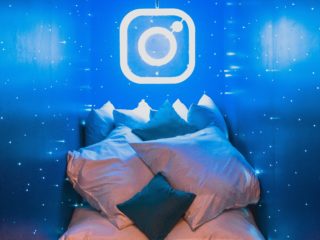 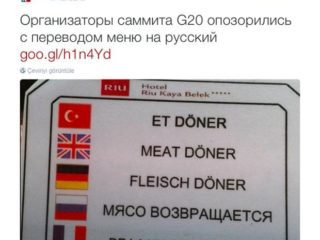