We hear a lot about how using translation tools to carry out tasks more quickly and cheaply is the way to go. Social media adverts litter our screens with demonstrations of automatic translations, and BabelFish audio translators are like something out of The Hitchhiker’s Guide to the Galaxy. Mostly, these new options are based on common technology we use already, like Google Translate. Even our Facebook timeline can be automatically translated for ease. Sometimes it’s great. Sometimes it’s… not.  So, is the art of human language translation and localisation all but dead?

How simple is a plug and play option to save money on translation and localisation?

At the Polyglot Conference in Ljubljana this year, we heard from Johan Vandervalle, Professor at Ghent University, who was presenting on how to use and create parallel texts, where the same information is given in two languages. This has been a time-honoured tradition to use for language learning. But the presentation had wider implications for me in my work. Particularly the part of Johan’s presentation that talked about Google Translate and how it manages changes from one language to another.

Many of our clients rely on us for support and advice on social media management across different linguistic and cultural markets. I am therefore sensitive to how these things apply to our business. It’s imperative that we get over messages to various markets in their different languages.

Google Translate is often held up as an option to carry out that work. What Johan Vanderwalle said in Slovenia, and what my own experiences say, will show you why human input in this work cannot be replaced now or even in the near future.

It’s clear that there have been some great improvements in Google Translate from the days when I first used it and it is continuing to improve. It’s still not perfect, but no one will deny that it is a useful tool to detect which language is being used, or to get a basic message across, albeit with some errors. Some errors even make us laugh and countries who notice them don’t hesitate in sharing them on social media, like this one in Johan’s presentation: 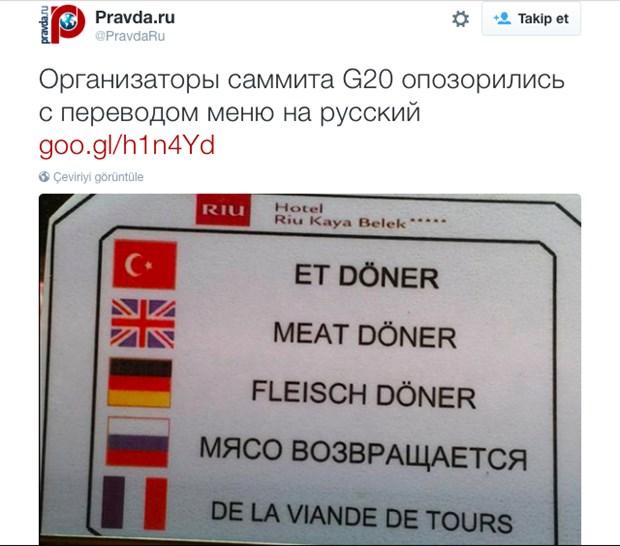 In the Russian example here, the translation comes out as “the meat returns” and you can see if perfectly, if you pop It back into Google Translate:

The reason for this blunder is actually because of how Google Translate works. It uses common language pairs, so when languages are not paired directly in Google, they will often go through another language, like English. The word “döne” in Turkish translates as “return to” so it’s turned back into Russian as the meat returns. Google Translate, in this case, choose the wrong alternative and made the Russian version particularly odd.

Even common pairs still create issues for Google Translate for some very basic plays on words. Check out this English-Spanish translation:

The Spanish version literally talks about taking you out of somewhere (like a cupboard), if you have nothing (no possessions for example).

The meaning here has been totally lost. The amusing play on words in English is so lost, it’s like it never existed. The same is true for any number of creative uses of our language. Imagine then how new creative uses of English would turn out in other languages!

This is what language, and especially clever marketing language, is all about. One day it’s possible that automated translations will get clever enough to pick the right version to accompany a brand, its image and the real message and tone needed to interact with the community but for now, current technology cannot keep up with it all.

But wait, there are some other problems…

Let’s suppose that technology does get this right eventually. There are a few more stones in the road for us on the path to the perfect fit for our audiences – cultural sensitivities, using different scripts and untranslatable words.

What if a certain number, colour or other object is used in one language and fits perfectly, but is offensive, rude or has negative connotations in another? Google Translate is unlikely to jump from one word to another to compensate this, especially if it’s not used in a well-known phrase. This is something that requires the human touch to get it just right. In fact even in well-known phrases we can show this problem. Between commonly translated languages, Google Translate fails to make the adjustment from “frog” in English to “cat” in French. The French have a cat in their throats and not frogs:

Different alphabets are also challenging for automated systems. Using modern keyboards, we can change from one alphabet to another to change languages, but often people just transfer their language to the Latin letters we use in English and other European languages instead. When this happens, Google Translate also fails to recognise the language, especially if it’s left to the individual to choose a standard for writing what they want to say in another alphabet. Take Armenian:

“Hello” is “Barev” or “Բարեւ” in Armenian letters. Look what Google Translate does from English to Armenian and then back to English, using “Barev:

All of a sudden, Google Translate thinks we’re dealing with Czech and has no translation available. So even if we do manage to get a message across in Armenian to our community, how do we understand even the most basic responses, if they don’t use the alphabet Google needs to recognise the language?

The only way to really engage with local audiences around the world in a meaningful way is to ensure your communication is not only created by humans but also by people who understand the nuances, such as localisers or translators.

Learn more about how the social element takes social communication online to the next level. 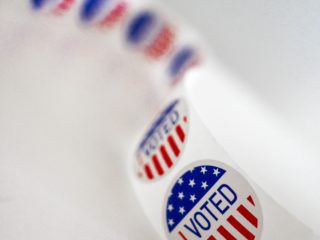 Previous Post (p) How did political brands fare over the US midterms? 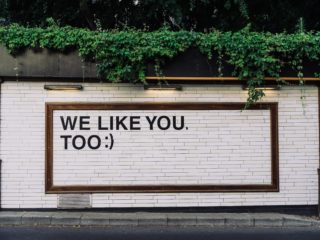