I’ve been running my social media agency for 16 years now and we protect brands and the public from abuse every day through social media crisis and community management. However, about ten years ago, I experienced what it was like to be the victim of online harassment on the internet. I can tell you that even though it was nothing compared to what happens to celebrities or people of note, it was still a very upsetting experience.
The incident happened about 10 years ago when I was helping a client manage a community that had become overrun by trolls. It was a community for IT professionals and it had become a digital version of Lord of the Flies. People were openly sharing content that were racist, misogynistic and homophobic and attacking anyone that tried to stop them. We had the fun task of cleaning it up.
Needless to say, that community did not like being told how to behave and did not react well to an outside agency. They turned on me personally and I was a victim of an early example of ‘doxxing.’ They posted details about my company and even posted my home address and telephone number – egging each other on to contact me to abuse me. They also had photos of me and commented on my personal appearance.
This is when I got a real insight into their minds and motivation. There was a picture of me ten years ago when this happened. The best of their attacks, their way of driving fear into my heart and trying to upset men was saying that I had really big collars on my shirt and that I looked liked the British comedian Harry Hill. 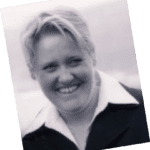 I remember laughing and I stopped being scared of these men, took back control, resigned the client as it was a waste of my time and energy and went on to work with better clients instead. However, it was a first hand experience of being personally attacked by what I call ‘old school trolls.’ Over years of experience in social media and crisis management for large brands, I’ve had the chance to witness human behaviour online. I have been able to break down the four different types of people you’ll meet online, what motivates them and more importantly – how to deal with them.

So let’s take a look at the first of the four types and dig deeper into the motivations of the ‘Old School Troll’
The old School Troll is disruptive, unpredictable, annoying, abusive and sometimes threatening. You have probably come across this behaviour. They are the type of people who wind you up deliberately on a group Facebook page or forum, but more extreme and abusive. The really awful trolls might even leave comments about the dead on memorial sites. There has been a real rise in people claiming they’re victims during major incidents. We saw that recently in Las Vegas when some people were claiming that their relatives had been killed when they hadn’t – just so they could get followers on Twitter.

So why do they do this? What motivates a troll?
They want attention, recognition, or a reaction. There is also a competitiveness around the level of trolling. They want to see how far they can go and they get recognition from their troll peers – almost a desire to be “King of the Trolls”. We live in strange time where we have to advise brands on how to update their crisis plans to be ready for an attack from the current King of the Trolls, The President of the United States.

So can brands tackle a troll? There is an old adage: “Do not feed the trolls’. That is still true but it’s not about just ignoring them. Brands should try to not give them air time as that’s exactly what they want. They can also take control of their social spaces. Just as you’d kick someone obnoxious out of your house, you can digitally throw them out. The trolls will be really annoying so they’ll try and get back in, sometimes bringing their troll friends with them.
Essentially the key approach is a bit like Whack-A-Mole. Every time they pop up, you hit them down again and don’t let them take over.

The second type of online adversary is a bit closer to home – I call them “The Angry Mob”.

Now the angry mob can be made up of you or me. This is when you get a groundswell of fury from the general public. They are connected by their sense of injustice and an emotional reaction to something. Often that is something a brand has done wrong and they really want the brand know about it.
A great example of this angry mob in play is the United Airlines incident from last year. A man was violently removed from a flight by aviation police following an overbooking situation. People on the plane took videos and spread the story on social media which led to a massive backlash against the airline.
It is possible to appease the angry mob and United Airlines did manage to do this eventually. However, by not following the rules of engagement, $1billion was wiped off the company’s value before it eventually rallied again. This is where they could have done better.
You need to be fast on social media – the angry mob demands a quick response. When you do you respond, brands need to be human and show empathy. The quote below was the first response from Delta Airlines. It lacks any empathy for the man being dragged off and focuses on logistics.

“Flight 3411 from Chicago to Louisville was overbooked. After our team looked for volunteers, one customer refused to leave the aircraft voluntarily and law enforcement was asked to come to the gate. We apologize for the overbook situation. Further details on the removed customer should be directed to authorities.”

After that, the CEO sent an email to all staff which was leaked. The memo focused on victim blaming, making the angry mob even more angry.

“He was approached a few more times after that in order to gain his compliance to come off the aircraft, and each time he refused and became more and more disruptive and belligerent.”

Delta eventually got it right with an apology and a human response. The key learnings are that to deal with an angry mob, brands need to be fast, be human and show empathy. Brands need to respond to individuals to break down the mob and need to share what you’re doing to address the issue to show transparency.

Next up, the Activists

Activists are driven by a greater purpose or cause. There are two types of activists and they are very different.
Firstly, the single cause activists. They engage sporadically and without planning. They are often individuals or a less co-ordinated group fighting for a cause. I call these the ‘drive by activists’. They might be fighting for change in their own community and they will leave comments in Facebook groups reminding everyone of the day to day fight. It is possible to show respect and engage with these activists unless they’re white supremacists; in which case, you can file them under ‘troll’!
However the larger group of activists is The Coordinated Activists, which I’m calling “The Behemoths”. Now I have the utmost respect for these activists – think of Greenpeace for example who do amazing things. If brands find themselves on the wrong side of such a group, it would be a very difficult time. The Behemoths’ social media campaigns are well thought out, well planned, co-ordinated with military precision, they use high production values to create targeted videos and they have an army of supporters. It would be like being attacked by Game of Thrones army with Dragons.
So how can brands deal with these types of activists? Brands need to take it offline and establish dialogue with them. Do not engage online – brands will lose. And the best advice to brands is to change the way they do things so they don’t get targeted in the first place.

This leaves with us with the fourth type of adversary which is the most interesting as they can be your biggest advocate or your worst nightmare.
Influencers online include journalists, celebrities, experts and high profile social media influencers and YouTubers. They are opinionated and they have an audience of a legion of fans and followers. What they say can influence literally millions of people and they are key in this whole ecosystem.
The truth and curiosity into the real story are what motivates them. For some, it’s about a sense of justice perhaps taking elements of the activists in a way.
You must engage with these influencers – silence is not an option.
So how do you influence an influencer? You need to show respect, open debate, engage, be authentic, transparent. Do not try to tell them what to say, or try to control their opinion. Honesty is absolutely the best policy. These people are absolutely key in today’s digital world.

So I’ve taken you on a journey through the different friends or foes in the digital space. If brands ever find themselves in times of trouble, here’s a handy summary.

Everyone could go through a crisis online whether as an individual or as a brand but understanding human behaviour and motivations will give you the tools to succeed. Let’s start now by changing the game. Don’t normalise bad behaviour, challenge it and educate the haters. 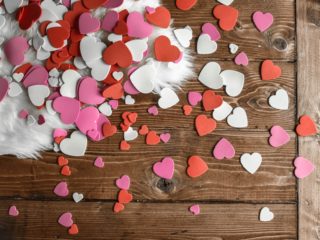 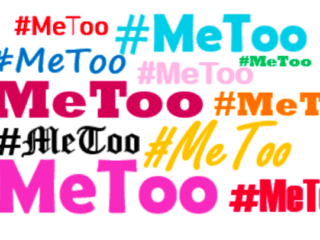 Next Post (n) Is Social Media Changing Society for the Better? #MeToo Suggests It Just Might Be