Reddit has made the news recently as it is yet again generating controversy, claiming it is “a place for open discussion and authentic discussion and debate” and resisting attempts to clean up vaccine misinformation.

While Reddit has long courted contention, in recent years it has done more to attract brands to its pages (such as a partnership with the NFL). It is now actively expanding its advertising revenue, and pushing for aggressive sales growth across the world. As a result, more and more brands are starting to consider Reddit as part of their social media strategy.

With so many platforms entering the game, the key is to not only know what they’re about and how they work, but really question whether they’re right for your brand. Can Reddit give your campaigns that extra boost to connect with your community?

Reddit is essentially a giant forum hub. At the moment, it has more than 100,000 subreddits and 52 million daily active users. It is most popular with users aged 24 to 29 (one in four US adults in this age range use Reddit).

Think of it like a forum covering a certain topic – each can have a community of users that are vast or small in size. For example, r/games has 2.9 million subscribers, while subreddits for games themselves may have a smaller audience (such as r/BaldursGate3, which has 77.2k subscribers).

Reddit hosts a wide variety of topic discussions, and the people who subscribe to a subreddit are often very passionate about or interested in the subject it covers.

While Reddit has overall community guidelines and rules, each subreddit is run by moderators (usually from that subreddit’s community of users, for example the people who set the subreddit up). They keep the discussions within the subreddit’s guidelines, can delete posts and even ban people from the community.

The ultimate accolade for a Reddit post is to make the site’s front page – this is where upvotes and downvotes come into play. Theoretically, if you enjoy someone’s post, or agree with it, or find it informative or helpful, you upvote it; if you don’t, you downvote it.

Reddit still occasionally makes headlines for hosting subreddits that should be banned, but it has been trying to crack down on abusive content in recent years.

Despite its unsavory underbelly, most of Reddit’s communities are genuine passion projects filled with people who are extremely knowledgeable and care deeply about their subject – often helping each other out using their expert knowledge.

According to Reddit, its users are more informed purchasers than the average person. Users do their research before buying (on average they do four times more research sessions than average), and make purchasing decisions nine times faster.

While brands have been able to advertise on Reddit for some time, the site has recently started to refine its services for brands by working closely with them and letting them know about the latest Reddit trends so they can connect effectively with the community.

Tips for brands thinking about creating campaigns on Reddit

There’s more to brands getting involved on Reddit than advertising. They can also engage with the community through regular posting as a way to immerse themselves within their community, and to build loyalty. But it is critical to really consider what content you’re producing. This is a passionate crowd, who will jump on a mistake and won’t let anything slide. (Just look at the most downvoted comment of all time on Reddit from Electronic Arts, which was hammered by the community for posting in response to the community’s complaints about the in-game investment it would take to unlock loot boxes, without having to pay cash: https://www.guinnessworldrecords.com/world-records/503152-most-downvoted-comment-on-reddit.)

Here is our advice for getting it right.

Be passionate about the community you’re communicating with – Because people tend to join subreddits when they’re exceptionally passionate about a subject, brands have the opportunity to work with profoundly engaged communities. Reddit gives brands a chance to target their content to niche audiences that can be harder to reach on other social platforms.

Whether the brand is trying to get into a new market, or it’s already experienced and excited about the topic, brands that advertise across one or more subreddits always perform better when they’ve taken the time to explore the culture of the subreddit and have listened to what people have to say.

Tailor your content to each subreddit – Subreddits have unique cultures. Branded content that reflects (or enhances) this culture will see more engagement (and suffer less mockery) than those who don’t.

For example, one of The Social Element’s clients, Keurig Dr Pepper (a brand popular with gamers), created an ad that asked the community for their favourite story around their gaming experiences – and it handed out Platinum awards for the best ones. (Platinums give Redditors certain site privileges, and people get very excited about getting one.) The campaign was only expected to get a few comments, but it got upwards of 2000 and a very positive response from the community.

But it’s easy to get it wrong. Gaming subreddits often host ads from major tech companies, for example, that sound overly corporate, have no relation to the subject of their subreddit and are clearly designed for business leaders. They just don’t fit the community and so have low engagement.

Be prepared for pushback – Reddit can be a pretty unforgiving place. If someone steps out of line in a well-managed subreddit, their fellow Redditors (or the moderators) correct them quickly.

Brands are treated the same way. If you have a promotion running on the wrong subreddit, that doesn’t strike the right tone or that clearly shows the brand doesn’t know the first thing about the community, people will mock it mercilessly. There are even subreddits dedicated to showcasing and poking fun at these brand promotions or ads.

Set realistic expectations – Redditors remain somewhat skeptical about brands on Reddit (one of the reasons getting a Gold or Platinum award is so converted is it gives people a week or month of an ad-free experience). Engagement levels are likely to be lower than on other platforms (but can still be worthwhile for the brand).

A campaign that is still discussed nine years later was Nissan and Amazon’s partnership to promote the Nissan Versa Note (the first car to be advertised on Amazon). Nissan ran a Reddit ad asking what people would want from Amazon, and it bought some of the people the gifts they asked for – like a diamond necklace, Battlefield 4, and a giant box of diapers. The thread had 1.5k comments and a 59% upvote rating.

Be willing to engage creatively throughout the campaign – it’s one thing to have an ad full of personality that resonates with the community, but Reddit is a discussion forum. A lot of ads across Reddit seem to be posted and left to run their course. However, others have people getting involved in the conversation.

Fast-food chain, Little Caesars, ran a social media campaign called #UnlockPrezelCrust. Fans searched for QR codes across the online and offline world to win prizes, with a Redditor being named the Chief Pretzel Officer at the end of the campaign. Reddit gave the brand a chance to have a deeper level of authentic communication with participants.

Reddit can be a difficult place to make a positive impact.

Its users are highly passionate about their interests and have high standards when it comes to brand involvement in their spaces. They want creativity, engagement and a real understanding of their communities. Above all, they want authenticity and transparency from a brand. Get it wrong, and the community will be unforgiving. Get it right, and the rewards can be high. 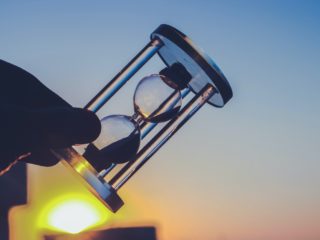 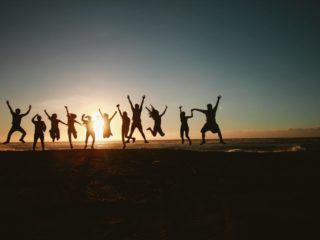