The video game industry sits near the top of the consumer entertainment world. Figures suggest that in 2013 video game revenue was double that of the film industry. The sector is constantly evolving to offer players new experiences and features. We analysed what people are talking about on social media to answer to one of this year’s biggest questions: is a single-player experience still necessary?

Evolution from single-player to multiplayer games

Until fairly recently almost all games were single-player focused. Consumers would go to the shops, buy a game, go home and then play it alone (or with a friend if it had co-operative play). They would usually play as a protagonist of some kind, and work their way through a scripted story until they got to its conclusion. The player was very much the centre of the world the developer created.

Then it became common for games to include a multiplayer element, alongside the single-player story. This depended on the genre of game, but let’s take the Call of Duty franchise as an example. Ten or 20 people would be spawned into a small area, and fight each other until either one team or one player was victorious. In the early days, there was no need for cutscenes or voice acting, it was simply a way to extend the life of a game, keeping the player long after the single-player story had ended.

Call of Duty’s multiplayer became so popular that with each yearly release, more and more focus and emphasis was put on that area of the game. What had once been an add-on to the single-player experience was now the main feature, and the single-player campaign became the add-on. That was until this year, when the release of Call of Duty: Black Ops IIII saw the decision by Activision to forego the inclusion of a single player campaign at all, instead bulking out the number of modes for multiplayer.

But for a lot of gamers, a well scripted single player campaign is still key. If it’s done well, it’s akin to a great book or film. Game developers need to listen to what their customers want, to appeal to the maximum number of game enthusiasts.

The release of the two biggest games of the year were separated by just two weeks. Activision’s Call of Duty: Black Ops IIII was released Oct 12, followed by Rockstar’s Red Dead Redemption 2 (RDR2) on Oct 26. We used our insight and analysis tools to examine whether consumers still care about the single player experience, or whether multiplayer only offerings such as Fortnite and the new Call of Duty are the new kings of the industry.

Red Dead Redemption 2 has big shoes to fill. Its predecessor is widely received as one of the greatest single player video game offerings of all time. Game developer Rockstar’s most recent game, Grand Theft Auto 5, made a combined $6 billion in revenue as of March 2018 with 90 Million copies sold, and currently holds the record for the largest amount of revenue generated for an entertainment product of any kind.

Black Ops IIII, on the other hand, has taken the drastic move of foregoing any form of single player content for the first time in Call of Duty history. But unlike Fortnite, which is free, Black Ops is still a full-priced retail release.

How do they compare on social media?

To do a fair comparison we used the same time frames for both games as Call of Duty was released earlier than RDR2.

We looked at pre-release hype, taking all social media mentions in the month leading up to the day before each game released. Red Dead just shaded the volume of mentions with 810k mentions to Call of Duty’s 791k.

Both games saw a huge spike in coverage on social on and immediately after their release days, with the Rockstar-created Western once again edged the volume of mentions with 56% (in the first three days after release).

What drove volume of mentions?

Interestingly, when we looked at the impressions (the estimated number of people who saw posts related to the games) generated on Twitter, we found:

What language was used?

All in all, the figures for both games were incredibly close, with RDR2 coming out slightly on top. While people are still very much excited for single player focused games, full price multiplayer only offering such as Call of Duty: Black Ops IIII definitely has a place in the current marketplace, next to hugely popular free games like Fortnite.

Both games shot straight to the top of the sales charts upon their release, and despite there being little to separate the two games based on the social media hype and reaction, the clear winners are consumers.

Read more about how the social element gathers social insights to bring to the table. 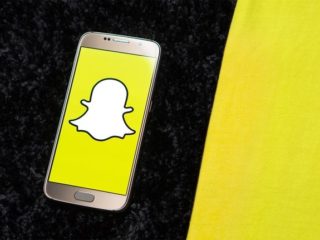 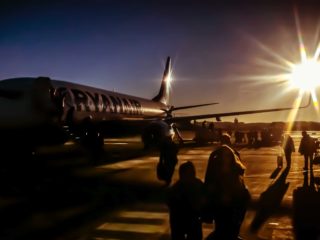 Next Post (n) Analysis of the racist incident on Ryanair