With the new year is upon us, it’s about the perfect time for brands to evaluate their social media strategies for 2016. Last year brought numerous changes and enhancements to some of our favorite social networks. The debut of live-streaming apps  —  Periscope and Meerkat, along with Snapchat and Instagram becoming major platforms for visual content and freshly launched video content formats on Facebook and Twitter provide opportunities for travel brands to cultivate new strategies moving forward.

Tapping in to Snapchat

On the surface, Snapchat may not seem like the best fit for travel brands. The smartphone app allows users to send texts, photos and videos that appear for up to 10 seconds and then disappear. Despite its conciseness, some of Snapchat’s attributes, especially its emphasis on visuals and immediacy, could lead its users to share stories about their travels on the platform. As a result, travel brands have started experimenting with a presence in the app last year, and we believe this trend will continue in 2016.
In the meantime, some brands are already seeing an opportunity in introducing themselves to Snapchat audiences, even without an immediate expectation for bookings. Marriott Hotels, a great example on how travel brands can use Snapchat, is one of the first travel brands to join Snapchat last year and collaborated with influencers in its first campaign on the platform.
A three month-long campaign, launched a few years ago, was a successful bid to entice a younger demographic of travelers. Marriott selected four social media influencers who were travelling across key Marriott properties worldwide, taking trip route suggestions from the audience and reporting about their journeys on Snapchat. As a result, the Marriott campaign garnered over 24 million total views.

We’re on @Snapchat! Follow MarriottHotels & see how we (& some of our closest friends) #TravelBrilliantly every day. pic.twitter.com/mrKyaTYby1

Travel brands have been using Instagram (with mixed success) for a few years now, and it won’t be a surprise if brands within the travel industry will keep investing in Instagram in 2016, especially with the Instagram Ads having been introduced, there are even more opportunities now.
There are a few great examples on how travel brands were using Instagram last year:
Content is still a King. Emirates think so too. We’re sure you remember a video of two Jetmen flying alongside stunning Emirates A380 airliner that became viral almost instantly.
Well, Emirates went further and used their Instagram channel to support their campaign, posting some exclusive behind the scenes footage.

The Emirates @Airbus A380 and Yves Rossy & Vince Reffet from @Jetman Dubai fly together to make aviation history. Click on the link in our bio to watch the making of this unprecedented formation flight with exclusive behind the scenes footage. #HelloJetman

“Knock knock. Room service!”. Another great example on how travel brands have been using Instagram in 2015 is Four Seasons with their #WakeupWithFS campaign. The luxury hotel brand is asking their guests to tag a Four Seasons breakfast with an appropriate hashtag and then reposting some of the pictures to their Instagram feed, resulting in a decent level of engagement from the community.

Knock knock. “Room service!” Thank you @qorz for sharing your @FSPrague breakfast with us. Tag your Four Seasons breakfast with #wakeupwithFS and we’ll reblog our favourite again next week. #?

Use Periscope to live stream the travel experience

The live streaming app, launched in last year, opens up a whole new level of opportunities for travel brands to reach out to their customers and deliver creative content. So, what could be the possible use cases of the live streaming platform, and more importantly, what the travel industry can get out of it?
Skyscanner has already answered these questions demonstrating that Periscope holds potential and with the use of good content and creative approach, can yield great results.
The campaign involved a 24-hour broadcast with 19 travel bloggers and Skyscanner team-members from around the world, sharing travel tips and knowledge of their country to people tuning into the broadcast.

As a result, Skyscanner reached 1.6m users with the campaign and over 23,000 viewers watch the broadcast. On top of that, #24hPeriscope became a trending hashtag on the day after generating 1,200 tweets.
With Periscope becoming more and more popular by the day, we would expect to see more travel brands jumping on the Periscope bandwagon in 2016.

And finally, with the launch of 360 video on Facebook and First View on Twitter we expect to see a lot more creative video content in 2016.
We can see a number of industries taking advantage of this technology, including the travel industries that could utilise the new video formats to promote their hotels, giving users a new virtual way to check their next holiday destination before booking.
So, what trends do you see popping in 2016? Are you looking at travel brands’ social media channels when booking a holiday? And, more importantly, how often are you updating your Instagram feed when you’re away? 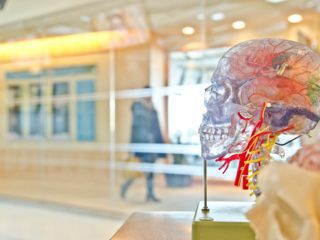 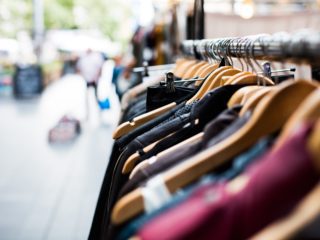 Next Post (n) How Social Media has Revolutionised the Fashion Industry