How do you break through paywalls and get your messaging heard on subscription based platforms? We’ve been discussing the idea of social and content platforms going subscription based for a long time, and 2021 is the year where the model finally tipped the scale. These platforms are here, and they are here to stay.

2020 was a benchmark year for social media. Never before have so many people lived online, literally lived online. Our preferences changed, we started consuming content differently, and more people started making content. With new content and new creators, came new platforms that offered more of what we needed, and we were willing to pay for it.

Unlike traditional channels, these disruptive platforms aren’t making a play for data, instead they are generating revenue through taking a cut of creator capital and offering better UX, and people are paying.

Brands who are unafraid of an OnlyFans affiliation are making serious moves on this platform.

So who should start diversifying to OnlyFans? If you are looking to support creators or you are looking to support a cause, launching an OnlyFans campaign can be really effective. But, be careful of how you use the platform. Bella Thorne, in a poorly executed attempt at destigmatizing sex work, broke the platform and required OnlyFans to change their payout model. A good rule of thumb for OnlyFans marketing is to create value by supporting creators, over shocking your audience.

Tumblr made itself known in 2007 with the ever popular ‘Giff’ and a hosting site for blogs. Despite having a big user drop in 2012 (following the ban of NSFW content) it’s now becoming a safe space and hub for the LGBTQ community.  As of February 2021 there were 518.6 million blogs and users are 193% more likely to be LGBTQ. It’s following the disruptive platform trends and now has a subscription model and consumers pay for safety, privacy, and community.

Brands that initially excelled on Tumblr used comedy and built a narrative.

Denny’s had a hilarious Tumblr with nonstop pancake talk and brands are still doing gifs and memes but Tumblr is changing. The messaging is more serious and the content being released on Tumblr is more exclusive. Taylor Swift releases exclusively on Tumblr and since Tumblr started offering its own subscription service, other brands are experimenting with reaching the Tumblr audience. If you are looking to diversify on Tumblr, consider rewarding Fandom over trying to do memes, you can do those anywhere.

Discord, made popular by gamers, solved the problem you never knew you had with resolving multiple channel conversations. You know that thing where you are chatting on one platform, gaming on another, but need to talk handsfree? Us too! You can do all of that just on Discord. It integrates dozens of platforms and is operatively similar to Slack. It launched in 2015 and offers small groups unlimited cross platform chatting and generates revenue through upgraded service, rather than selling ads and data. It quickly became apparent that this combination of improved UX, privacy, and safety from data mining, would be useful to way more than gamers. There are 150 million users a month and 250 users registered, 78% of which are non gamers.

So with such a big audience and such breakthrough communication technology, everyone should want to diversify and market on Discord, right?

Discord grew really fast, and part of the allure of the platform was lack of policing, or moderation. Unfortunately, it gained a reputation for bullying and proliferation of hate speech. The planning for the infamous Charlottesville rally Unite the Right,  that became violent IRL, was on Discord, and after this, the platform devoted considerable resources to moderation and built a safety and trust team that is 15% of its’ staff. With safety as a main feature, Discord is poised to be even more mainstream. So who is doing Discord right?

Two big brands with controversial pasts have really impressed with campaigns on Discord. Chipotle announced increasing their minimum wage and a virtual job fair to hire 20,000 people on Discord and attracted over 24,000 applicants a week with their forums on Chipotle culture, and open room interviews. This was a play for brand awareness and such an innovative way to also recruit and engage a new community. Similarly, Jack in the Box held a blow out after hours Comic Con event with a late night concert and Q and A by Dave Johnson, an NFT live design raffle for No Kid Hungry, and throughout the event, discounts on Jack in the Box treats. Both brands approached audiences with something they wanted and asked for nothing in return, only to join them in Fandom.

Breaking through to audiences on subscription based platforms requires joining and speaking to fandoms and authentically supporting creators and causes.

Platforms gaining users are rewarding the users through direct access to creator content and creators, lack of ads, and better user experience. Developing a winning marketing strategy, requires first, listening and joining the fandom, then offering rewards or supporting creators, and not interfering with the safe space that brought them to these platforms to begin with. Disruptive marketing behind the paywall requires brands to be completely transparent and supportive of creators and fans. 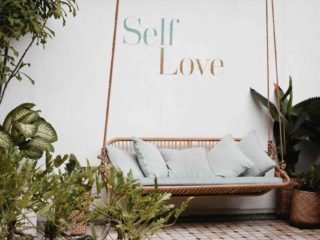 Previous Post (p) Social media and the rise of self-care 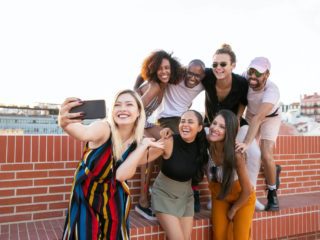 Next Post (n) Marketing To Fandoms Without Selling Out