If there’s one thing anyone should know about gamers, it’s that they’re often passionate fans, and that enthusiasm can quickly turn into abject disappointment, disapproval and outright rage if they feel that someone, somewhere has screwed up their favourite games franchise.
You don’t need to look far for examples of game developers and publishers experiencing the wrath of their communities. There’s the ongoing fallout of Fallout 76’s disastrous launch. There’s Blizzard’s backlash after abandoning its Heroes of the Storm esports tournament. I could go on.
The point is, developers and publishers know that they’re working in a volatile, and often unforgiving, environment. They should know that their communication with their fans and the media must always be clear, honest, rapid and backed-up with a strong argument.
The developer and publisher of first-person shooter, Metro Exodus, are experiencing the perils of confused communication right now, as they struggle to construct a narrative that fans can understand.
So, what’s going wrong with the launch of Metro Exodus, and how can others in the gaming industry avoid similar situations happening to them?
Digital PC games distribution in a nutshell
First, a bit of a gaming primer. For the uninitiated, these days PC gamers tend to have one or more digital distribution platforms on their computer (where they can buy games digitally instead of from a traditional store). The main ones are:

While Origin and Battle.net focus on serving their own fan communities, Steam acts as a more general games marketplace, and is a great place to discover smaller developers and their games. However, in December 2018, Epic decided to compete with Steam by launching a platform of its own – offering developers a bigger slice of revenue and tempting gamers with the promise of frequent free games.
Metro’s Exodus to Epic
Three weeks before its release date, Metro Exodus’ publisher, Deep Silver, announced that the game would now be an Epic Games Store exclusive at launch. People who had pre-ordered the game on Steam would still be able to play it, and they would still get all of the post-launch updates. Others who wanted to play the game on PC would have to buy it on the Epic store (the deal would be in effect for the first year after launch).
The announcement caused an immediate backlash that played out on social media, forums and on the comment sections of many gaming news sites. Concerns centred around:

The general feeling is that the move reduced player choice and made it harder for people to play the game.
The confused response from stakeholders far and wide
The announcement came on 28th January from publisher, Deep Silver, and was swiftly followed by a response from Steam (it called the move unfair). Frustrated fans started leaving negative reviews other games in the Metro franchise that were still available on Steam. 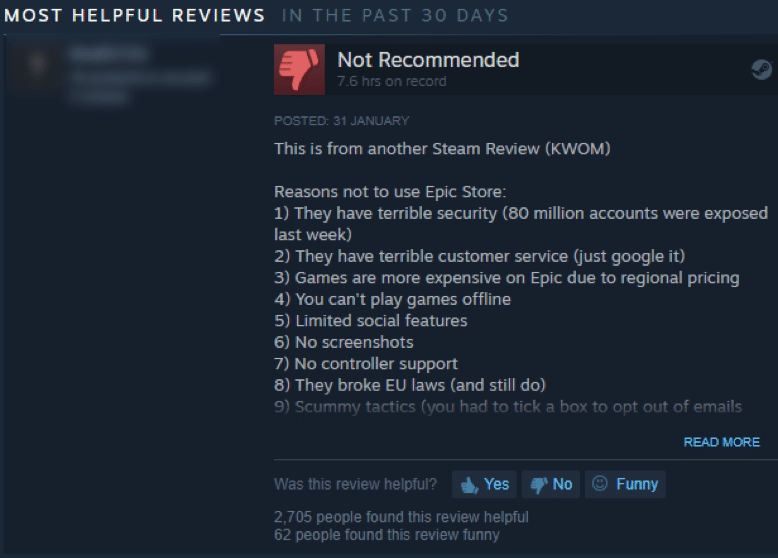 You can see how Metro: Last Light Redux was well reviewed, until Deep Silver made its announcement.

Shortly after the backlash started, THQ Nordic published a Tweet officially washing its hands of the decision.
https://twitter.com/THQNordic/status/1090217923434737664
Koch Media, the organisation being blamed, is the media company that founded Deep Silver. THQ Nordic is the sister company of THQ Nordic AB (the Nordic arm of the larger publisher that owns Deep Silver and Koch Media), but as you can imagine, it was hard for people to make the distinction between the THQ Nordic that owns Deep Silver and the one that has nothing to do with it.
This was swiftly followed by a press statement from the THQ Nordic that did own Deep Silver, and therefore had actual skin in the game. The statement supported expressed support of its sub-group’s decision. 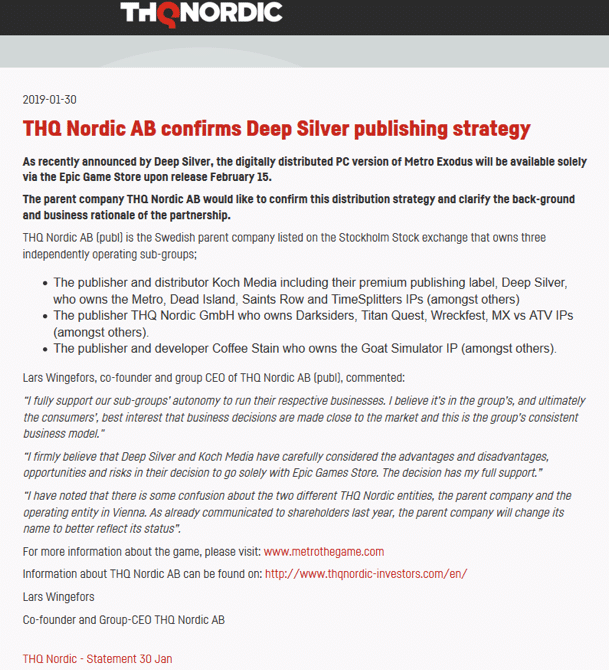 Adding to the confusion of messages, someone who works for 4A, which develops the game, posted their thoughts on a Russian forum. They said, in part, that some people were simply using this as a reason to “pour out their bile” and that if enough PC players boycotted the game the franchise wouldn’t be on PC in the future.
PC gamers don’t tend to respond well to threats, and took to Steam, Reddit and social media to complain about the statement. 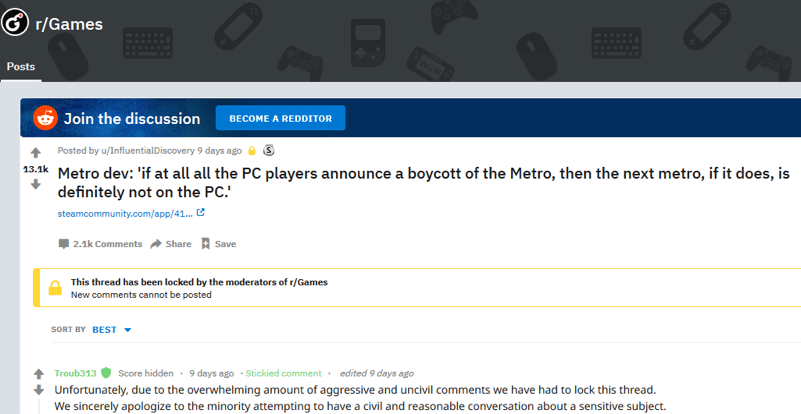 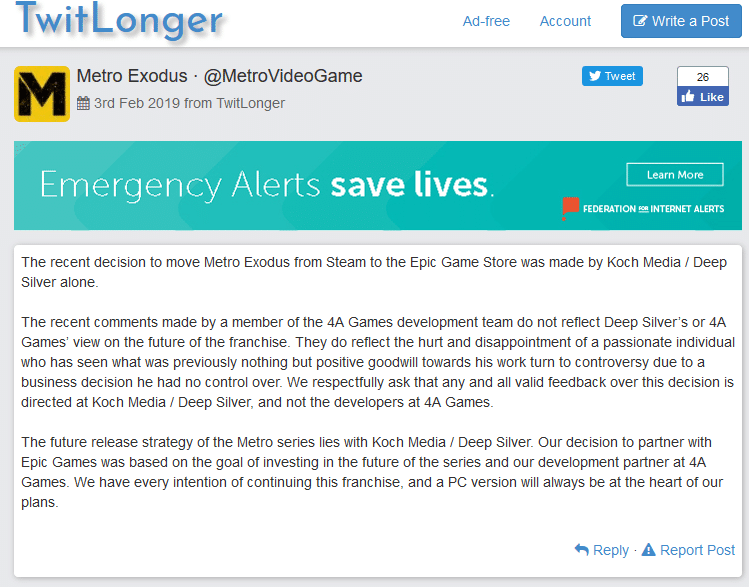 But this created more confusion among some fans, as it was tweeted from the game’s official account, rather than that of the publisher. It wasn’t until an employee confirmed it was a Deep Silver statement (on a gaming forum), leaving fans and the media to spread the word.
What can brands learn from this?

When brands communicate over social media, it’s easy for messages to be misread. It’s also not always clear what’s an official stance, and what’s simply the opinion of an employee. What is clear, is that by having a clear communications strategy, one that’s communicated across all stakeholders and all of their social media teams, brands can calm their online communities rather than create an atmosphere of chaos and confusion that does more damage to the brand. 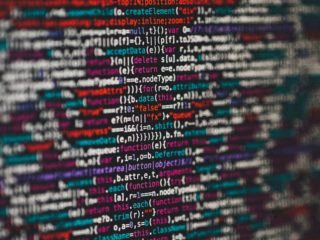 Previous Post (p) Do social networks know too much about us? 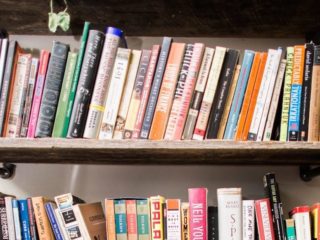