Would you pay for a social media account? Vero thinks so.
Founded in 2015 by Ayman Hariri (the billionaire son of the former Prime Minister of Lebanon), Vero had a quiet few years, followed by a turbulent 2018.
Vero is an app that takes inspiration from various social networks, but has a distinct ethos that separates it from the pack. It sells itself as having “No ads. No data-mining. No algorithms.” Hariri wants the app to be a place where people can be authentic, without pressure to present an ideal version of themselves.
The app lets users post images, links or text. It allows users to sort contacts into close friends, friends or acquaintances and set the audience for each post so that no one sees content they don’t want them to see. The timeline is presented chronologically and without ads. Vero also acts as a movie, music and book recommendation platform (Vero’s referral fees are currently its sole income-generator).
Hariri – who is funding the app himself – initially said that the app would be free for the first one million users, after which every new account holder would need to pay a small fee to help keep the app free of advertisers. However, the monthly subscription fee has yet to be introduced (it’s expected to be in early 2019).

The problematic explosion in popularity

Despite being around for a few years, Vero hadn’t managed to attract many users (although it was popular with the cosplay community). According to The Verge, it had fewer than 150,000 downloads by late February 2018. Then the owners decided to launch a campaign to attract people who were disenchanted with the major social networks.
By 2nd March, the Vero app had three million downloads. The surge in popularity was so impressive that the servers couldn’t cope with the extra load and people started reporting issues with creating accounts and signing in.
As The Sydney Morning Herald reports, these new users (many of whom probably flocked to it because of its anti-Facebook ethos) started going over the terms of service and found elements that they didn’t like. The app could potentially have too much control of their content.
After some more digging, some users discovered that the family’s Saudi construction company was shut down after 30,000 workers sued for unpaid wages. Reports alleged that the company abandoned 9,000 Filipino workers in labour camps with no food, water or electricity. When asked by The Verge, Hariri provided paperwork showing that he hadn’t been involved in the business since 2014, but the scandal still tarnished its reputation and put some people off signing up.

Is Vero somewhere brands need to be right now?

By October 2018, Vero had 4.5 million accounts. Some celebrities, brands, media outlets and influencers are already on the app (such as GQ). Brands that want to use Vero should keep in mind that it’s not like traditional social networks.
There’s no way to promote content to the top of someone’s feed. There are no ads.
Assuming it now has more than 4.5 million accounts, that’s still a way off Twitter’s reach, with its 326 million monthly active users.
Vero is putting its users first. It tries to cultivate a non-addictive experience, and encourages people to take breaks. While a lot of people flocked to Vero when they were dissatisfied with Facebook, its big test will come when it introduces fees. I imagine that many people will want to pay for the privilege of not being the product, but will it become the norm? (More on this in a future post.) Either way, Vero will need to be stringent in its data privacy controls and ensure that people retain ownership of the content they produce on the site. These people won’t just be users, they’ll be customers.
Brands need to approach Vero with a different game plan: it’s about community building, not selling. High-quality, meaningful content and interaction will be essential to a brand’s success on the app. It could be a powerful way to help build a community of fans and is especially useful to reach those people who have shunned the larger networks.
It’s always a gamble when predicting whether a new social app will thrive or be crushed under the heel of its more established competitors. For brands prepared to take a risk, Vero offers, for now at least, a great way to connect and engage with people in an authentic and meaningful way. 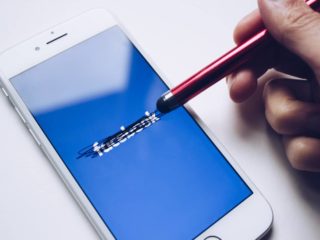 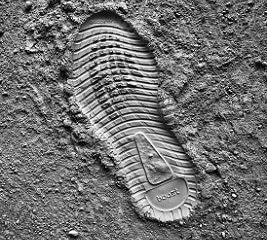