In March, Instagram accidentally hid the likes counter for some users due to a bug. This reminded us all of the importance of agility and brought us all to ponder our reliance on likes as measures of success.

The platform has been testing hidden likes for years, and accidentally released it widely. While the bug was fixed within a day, the slip-up reminded us that Instagram is still testing this feature, and it’s possible that likes will begin disappearing again in the near future.

When Instagram CEO Adam Mosseri first announced in 2019 that the platform would begin hiding like counts, the news was received with mixed feelings. Supporters celebrated the change, citing that Instagram likes represent a vanity metric and negatively impact users’ mental health. Critics, which largely make up accounts that have amassed large followings, lamented that a public measurement of their post popularity would be hit.

Following the announcement, likes started disappearing in select countries, including Canada, Australia, Brazil, Japan, Ireland, Italy and test groups in the US. While the UK wasn’t part of the original test, users worldwide have seen some version of an Instagram feed without likes. In fact, we’ve found that some of our US staff with Apple products have the likes hidden while those with Android tend to be able to see the likes.

According to Mosseri, the initiative to hide Instagram likes is to “try and depressurise Instagram, make it less of a competition, give people more space to focus on connecting with people that they love, things that inspire them.” This feature was especially developed for young people, whose mental health is often affected by the social pressure to gather lots of likes.

Instead of showing the like counter, posts with hidden likes display “and others” where the like count used to be. It’s important to note that while likes are hidden to the public, individual users can still look into their metrics to see how many likes each post gets. Furthermore, brands can still access this metric from Instagram Insights. Hidden Instagram likes would purely affect your content’s performance visibility from the outside.

While discussion of hidden Instagram likes was relatively quiet following the 2019 announcement, the recent test raised speculation about whether the platform would fully roll out this feature. If so, what would this mean for your brand?

Social media is ever-evolving, with new features and algorithm changes introduced every day. While we can’t always control the changes we face, we can control how we adapt. Brands that see long-term success are the ones that are nimble in the face of unexpected circumstances. Even though it hasn’t been confirmed that Instagram plans to remove likes, the roll-out highlights the importance of brands to stay agile.

What would change for your brand’s Instagram account if likes are hidden again? It’s possible that not being able to see likes will make it difficult for new followers to gauge a brand’s credibility. Instead of relying on a high like count, brands can put more focus on creating high-quality content that speaks for itself. And since Instagram hasn’t spoken about removing comments, making sure that your feed and story content encourages interaction can help maintain your account’s health.

Rethink how you work with influencers

Even if an influencer has a large follower count, that doesn’t mean that they have an engaged and passionate audience. Instead of focusing on vanity metrics like follower count and likes alone, brands can start thinking about how to form long-term partnerships with content creators who create on-brand content and align closely with their brand values.

As proven by the worldwide tests, hidden Instagram likes doesn’t detract people from using the platform. Consumers may be more likely to like and engage with posts that they are truly passionate about, rather than simply liking because it’s popular. If the change becomes more permanent, it could result in a more equitable and healthy social media environment for all. 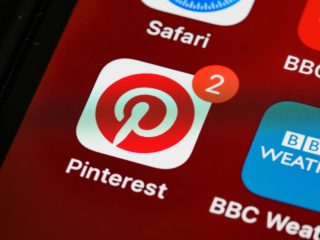 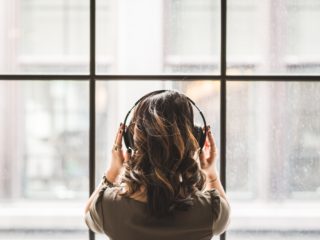