When we run crisis simulation training for brands, one of the most common things we’re asked at the beginning of the session is: “At what point is this is a real crisis? When should we activate our crisis management plan?”
But first, let’s define what constitutes a crisis. People often talk about a ‘social media crisis’. Really there’s no such thing – a crisis might break and spread over social media, but it’s rarely confined to it.
A crisis is something that happens in the real world. It causes material and sustained damage to your business. It is an event that has a negative impact on sales, or on your share price, or your reputation. It poses a real threat to the company’s future.
That means that a crisis is something out of the ordinary. So to know when you’re in crisis, you have to know what ordinary looks like.
When we’re working with utility companies, for example, ordinary can mean a few hundred or even a few thousand complaints and negative posts on social media per day. But if you’re a manufacturer, several hundred negative posts could indicate a serious problem with a product that you need to investigate.
If you’re unable to conduct your core business, that’s a crisis. Smartphones catching fire is a crisis for a smartphone manufacturer. KFC running out of chicken was a crisis (albeit a short-lived one) – it was not a run-of-the-mill issue, and it stopped people being able to buy chicken from its restaurants. It wasn’t life-threatening, but if your business is selling chicken, it’s a problem when you can’t.

What isn’t a crisis?

Someone posting from the wrong account, or saying something inappropriate on the company Twitter feed might be labelled a Twitter #fail, but it’s probably not a crisis. It might create a flurry of activity, and it might be difficult to manage, but it’s unlikely to herald the fall of the company.

What’s the difference between an issue and a crisis?

An issue is something that you can manage so it doesn’t turn into a crisis, and it won’t have a significant negative impact on your company. It might be something negative that you deal with every day. Nestle, for example, is under constant fire from campaigners for its marketing of baby milk, and faces regular boycotts by consumers. It’s an issue that’s been going on for so long that it has become ordinary for the company. It doesn’t materially affect day-to-day operations.
The same is true of Amazon. Amazon hits the headlines regularly for reportedly not paying enough tax in the UK, or poor working conditions in its warehouses. But those stories don’t stop any of us buying from Amazon; the company posted a record $2.8bn profit in the second quarter of 2018. (The subject of why we keep buying from Amazon is fascinating, and one we’ll explore in a future post.)

So when you spot an issue on social media, take a breath before activating your full crisis plan. Ask yourself: does this go against the core values of the company? Could it cause reputational damage? And will it impact sales or my share price?
If the answer is no, your crisis plan can stay put, for now. 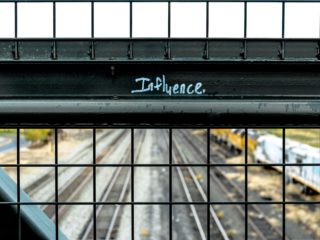 Next Post (n) How do brands keep influencer marketing authentic?