Last week was my first visit to Advertising Week.

I was expecting a week full of panels, keynotes and a ton of learnings on the latest in advertising trends, but it quickly became apparent that the learnings would not come from organized sessions, but rather from the people I would get to meet. Looking back on my week, it is clear that the big outtake from the event was less about education and more about building new friendships and sharing wonderful experiences!

On arrival on Monday we attended the fabulous opening gala, followed by a private dinner and drinks in Soho House. None of this was of course organised by the AWNYC team and was more about the network of contacts we had built through friends, colleagues, and partners. The evening was however, incredibly fruitful. We planned our attack for the week, pledging to support each other in panel sessions, inviting each other to drinks events and connecting wherever possible in a restaurant across  from the Lincoln Centre.

In fact, that restaurant became somewhat of a centre of operations for us! It seemed to be the go-to place before and after every session; the place where everybody knew our name, feeling more like our own version of Cheers by the time we left on Thursday!

There were a few highlights for me during the week; first a lunch hosted by the Marketing Society at the UN attended by a selection of impressive brand owners to promote the incredible The Lion’s Share initiative that supports wildlife conservation and animal welfare across the globe by asking any advertiser to donate 0.5% of their media spend to the fund. Not only was the event incredibly well attended so it was an opportunity to meet some amazing brand owners, but the whole experience of gaining entry to the UN during UN week was a real treat.

Other highlights included Ellie Norman’s 69 Year-Old Start-Up talk where she discussed how F1 is using data and analytics to revitalize their brand, a star-studded panel about marketing excellence and bravery, with Subway CMO Roger Mader, Michelle Froah, SVP of Global Marketing Strategy & Sciences at MetLife and Shawn O’Neal NA CEO Gain Theory, hosted by Gemma Greaves of The Marketing Society.

On Wednesday, following a wonderful rooftop drinks reception hosted by the awesome team at Gain Theory, we gathered an eclectic mix of brand and agency peeps and ventured to the sample the fabulous delights of Buddakan. Although no longer considered the place to be seen, this oldie but goodie didn’t disappoint and most importantly by the end of the night, some lifelong friendships had been made!

We spent quite a while debating whether to go to Advertising Week this year. It’s a big expense, a big event, and it can sometimes be hard to get value out of such humongous happenings. But I’d do it all over again.

More than South by Southwest or even smaller events I’ve attended in the past, Advertising Week has proven to be a wonderful place to connect with my peers, especially because of the diversity of people attending. Partly because of its sheer size, the event attracts a diversity of industry, jobs and department roles that I have not seen anywhere else. Having the opportunity to have conversations with people ranging from PR agencies to digital managers and tech companies is hugely inspiring.

Advertising Week was hugely inspiring for us this year, and I can’t wait to go back next year and continue to be inspired by all these wonderful people I now call friends. 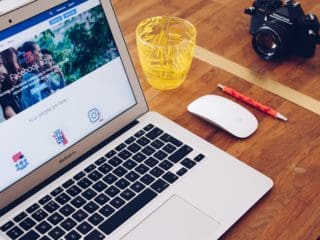 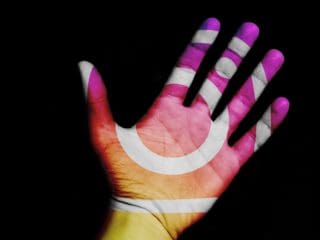