What makes a Christmas ad go viral? - The Social Element

Much has been written about the anticipation around the big retailers’ Christmas ads; whether we love or hate them, a brilliant one can set the nation on fire.
But what is it that actually makes a Christmas ad go viral?

To understand this, it’s worth exploring what usually drives us to share posts on social media. The New York Times’ study with Latitude Research and the Customer Insight Group identified five main reasons:

It’s also about how the content makes us feel. One 2014 study by the PeerJ Computer Science journal, discovered that we’re much more likely to share positive content: something that inspires positive emotions or motivates us to act in a positive way.
As Maya Angelou famously said: “people will forget what you said, people will forget what you did, but people will never forget how you made them feel”. The Christmas adverts that get people talking are ones that demand our attention and make us feel something.

How brands have harnessed positive emotions to power their ads

1. Twitter’s use of humour

Twitter’s 2018 Christmas advert featured Twitter legend, John Lewis (the other one). It showed him diligently working away at directing confused Twitter users to the UK retailer’s Twitter account as they tried to sort out their Christmas shopping.

The ad managed to get the festive feeling across and poke fun at the misunderstandings that can happen on Twitter in just over a minute.

2. Iceland’s use of social injustice

As already stated, getting people motivated behind a cause is a great way of getting content shared.
Interestingly, media reports said that regulators had banned Iceland’s Christmas ad from TV for being “too political” and advisory body, Clearcast, said that the advert went against that broadcast code, but the ad wasn’t actually banned. Iceland however, published it on YouTube with “Iceland’s Banned TV Christmas Advert” in its title. This cleverly created a sense of increased motivation to get the message spread.

In this way, Iceland has created an entire campaign around sharing the ‘banned’ ad – making people feel there was an injustice, with celebrities like James Corden amplifying its message.

This commercial was banned from TV for being too political. I think everyone should see it x pic.twitter.com/ns2XnGSnv6

Coming up against the broadcast code, acted like rocket fuel and made sure that people watched, shared and liked the ad online. The ad gained more engaged views than it would have on TV.
Over one million people signed a change.org petition asking for it to be shown on TV. The government petition service rejected an attempt to set up a petition for parliament to step in.

By sharing the ad, people got the feel-good factor from feeling like they had done something to help

3. John Lewis use of aspirational nostalgia

Christmas is one of those holidays that inspires a lot of nostalgia; we are connected with the magic of Christmas that many of us experienced as children  and as it’s a time of year when families get together, it’s natural that we miss those people who are no longer around to celebrate the day with us.
John Lewis has always dialed up on this sense of family and traditional values and this year’s ad with Elton John did that brilliantly.

Despite the polarising response to the ad (many parents complaining they wouldn’t be spending £872 on a piano) the nostalgia, combined with the massive star-power it uses to deliver an aspirational message to families (“this gift could change the entire course of your child’s life!”) clearly worked, as so far it’s received well over 11m on YouTube.
Interestingly, Very went down a similar route with their ad ‘Find the gift that helps them find their gift’, which has also fared very well on social with over 3m views.

4. Waitrose’s use of surprise and subversion

This year Waitrose have actually produced a series of ads under the banner #TooGoodToWait. They feature a number of Christmas moments: a kiss under the mistletoe, the Christmas concert and, most cleverly, the moment when people first see the Christmas John Lewis ad.
All of them show people rushing through these moments in order to run off and eat the food they’d bought from Waitrose.

The ad that made fun of the John Lewis one was the one people most responded to on on social and has had nearly double the views of the other two executions. Audiences loved the way it made fun of John Lewis, and that it didn’t take itself too seriously. Some who found the John Lewis ad too saccharine loved it for being straightforward.
It’s a totally unexpected ad, especially because it’s essentially dismissing its sister brand and Elton John… in favour of cake.

5. Sainsbury’s use of inspirational Christmas moments

Sainsbury’s have also tapped into the feeling around a special moment of Christmas this year with their ‘Big Night” ad depicting an eight-year-old giving the performance of her life, all for her Mum. With over 4m views it has connected with our love of sharing Christmas ads that have an upbeat theme or an inspiring story to spread our own hope and positivity.

Many brands tap into the family connection, sense of togetherness and love at Christmas such as Next’s Christmas ad Family Festivities;

Both these ads take us on an entire emotional journey in a very short space of time and are perfect for grabbing the attention of the Instagram generation.

Content is shared when it taps into our emotion. It does something special and unexpected. It amplifies emotion and inspires action.
At a time when we seem to hear nothing but bad news, there’s nothing like a positive Christmas ad to cheer us all up. And while an ad isn’t going to fix the world, it does have the power to make us smile for a minute, or perhaps shed an emotional tear. That’s the beauty of great content, and it’s the key to why people share it. 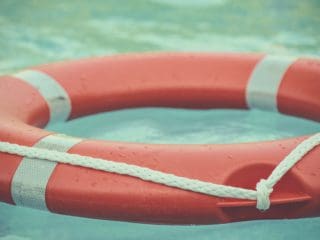