Parler has a lot of hype, but its audience is still small

Parler has been getting a LOT of attention and downloads, nearly 1 million in just 5 days after the US election. As mainstream social media platforms have been cracking down on misinformation and hate speech, users who want to talk about QAnon or other topics that are restricted are looking for a platform.

Though the huge uptick in downloads is worth noting, the hype is much bigger than the actual audience. As of November 2020, Parler has 4 million active users and 10 million registered users. To compare, Twitter currently has 330 million monthly active users (MAU).

What does that mean for your brand?

Parler’s hype isn’t reflective of the actual reach that would be relevant for most brands. That could change, but the community culture also makes it a difficult platform to leverage.

Parler is getting press because the platform is highly politicized. The shared attitudes and overall community culture is accepting of conservative politics and the alt-right, including conspiracy theories like QAnon, Holocaust denial, and misinformation about COVID and Black Lives Matter. If you’re questioning if your brand should have a presence there, ask first: does Parler’s community culture resonate with my brand?

Brands that are active on Parler now have right-wing politics as a central part of their identity. If your target audience happens to be on Parler AND your brand openly identifies with these ideas, you may consider utilizing it.

Parler is a US based social networking platform launched in 2018. It is viewed as an alternative to Twitter. Parler claims to be unbiased and that will not censor “free speech” or sell user data to 3rd parties.

Parler’s advertising structure is not what we’re used to on the major platforms.  Instead of centralized ads through the platform itself, Parler will leverage an influencer-based ad revenue model. By charging influencers to be on the platform, this model protects Parler if boycotts or other issues were to arise, shifting pressure to the influencers themselves. There are quite a few questions about this model and it is still in beta. Parler also has private donors like republican Rebekah Mercer, who also funds GOP think tanks and political action committees.

I joined Parler to see what it was like. When setting up my account, I was encouraged to follow suggested accounts to populate my feed. The suggestions are right-wing leaning and make a statement about the culture of the platform.

After account setup, I immediately was welcomed by 3 users (bots), one of which was the influencer account “Team Trump:”

It’s clear that Parler is catering to the right-wing (and ultra-right-wing) audience. With many brands struggling to take a meaningful stand politically or even socially, the impact of creating an account on Parler could speak to how the brand identifies, even without the brand posting anything to the platform. Brands who are not in line with this rhetoric should occasionally monitor brand mentions on the platform but should be wary of creating an account and being aligned to the community.

Previous Post (p) What should be in your brand’s social playbook? Personality. 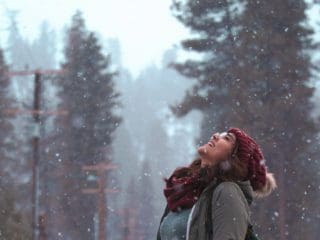