Stereotypes are essential to the way human society functions. They help us navigate the world, see where we fit in and be able to predict actions and responses. They can also be incorrect and harmful.

It may be efficient to categorise our culture, but it’s when people start to label these categories that we run into trouble.

We start to see a situation where the world says we should be one thing, but we really feel like something else.

Popular American toy, G.I. Joe, was created in the 1960s – in part – because adults discovered that boys were playing with Ken dolls in secret – this led to the development of the ‘action figure’ branch of the toy industry.

Despite toy stores pushing a clear gender-division in toys, the only thing stopping girls and boys from playing with toys designed for the opposite gender are social norms and the reaction of their parents. Some girls like to play with model cars; some boys like to pretend to be a chef – we’re not genetically coded to like football or ballet.

The marketing of these products does have an effect. A girl may be able to play with her brother’s Marvel action figures at home, but if she does the same thing around children outside of her family, she could be seen as different. In some cases, this may lead to pressure to conform, social exclusion, teasing or even bullying.

So, children start to police their own play, and may only express themselves honestly if they’re around people whom they know they can trust.

Does it really matter if we have gendered children’s products and content?

It may seem like people are making a fuss about nothing when they complain about things like T-Shirt art, but when retailers sell shirts that say “I’m too pretty to do homework, so my brother has to do it for me”, or baby grows that say “I hate my thighs”, they are contributing to a larger problem.

The messages we receive as we’re growing up help to shape our interests, our personality and our ambitions.

The Guardian reported on one study by Lin Bian, Sarah-Jane Leslie and Andrei Cimpian which found that five-year-old girls were just as likely to say that girls can be “really, really smart”, but from age six and up they’re more likely to apply that statement to boys.

Over time, many girls begin to doubt their own potential to achieve in subjects that society sees as stereotypically masculine. They take educational routes that lead them away from STEM type subjects, and as a result, we see fewer women working in those fields.

Gender stereotypes take root at a young age, and unless they’re countered by parents and others close to the child, they can shape their futures in insidious, but powerful ways.

What can we do to change this?

Children’s brands are starting to revert to gender-neutral advertising and products after spending decades creating different content and items for boys and girls. And that has to be a good thing for us all.

Gender neutrality doesn’t mean 50 shades of beige. It doesn’t mean the end of Spiderman and Wonder Woman. There’s nothing wrong with celebrating different genders and the things that make people different. It just means removing the artificial barriers – ditching the girls and boys shelves and removing stereotypical messaging.

It means allowing all children to live to their full potential. That’s something that all brands can commit to working towards this International Women’s Day. 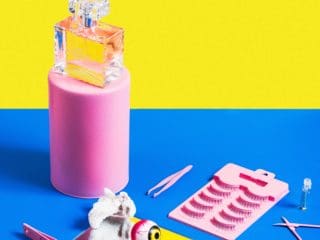 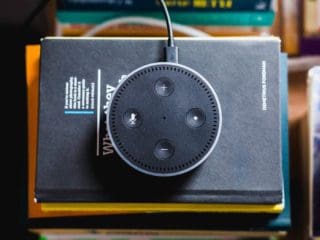 Next Post (n) Digital virtual assistants, gender bias, and why it matters