In 2018, the major social media platforms have faced been pulled in two directions. Each platform wants – and needs to – innovate, however, they’ve also faced major structural and ethical issues that they can’t ignore.  In some cases, innovation in services has needed to take a backseat as the platform develops new ways to work that safeguards user data and combats the pervasiveness of fake news.

The manipulation of elections by Russia continued to plague social media in 2018. Facebook faced increased scrutiny for policies that allowed firms like Cambridge Analytica to use people’s data to manipulate their emotions and reactions.

Facebook’s problems continued when it was revealed that it worked with a PR firm (Definers) to do its own kind of opposition research on George Soros, who had been critical of the business. Sheryl Sandberg denied knowing about the work with Definers, but the New York Times reported that she had, in fact, asked her team to research Soros’ financial interests.

Things only got worse for Facebook when it revealed that a massive data breach resulted in 30 million accounts being compromised.

Facebook has had a rough few years, and it’s seen user trust decline as a result. This doesn’t mean we’ll stop using Facebook – it’s become too integral to many people’s lives for that – but research has suggested that we don’t trust it with our personal data. What Facebook might find, is that we share even less personal information that we do now, which is bad news for advertisers.

Other platforms have also had to deal with data protection issues. LinkedIn was caught using non-member emails to target people on Facebook, and Google has announced that it will shut down Google+ after a bug in its system exposed user’s private information.

With tighter regulation than ever, the big platforms have to start taking data protection more seriously in 2019.

2. The balance between being advertiser and user-friendly

Snapchat’s had a strange year. On the one hand, profits have increased. On the other, its redesign has alienated many users. Its stock price is suffering as it faces scrutiny from the Securities and Exchange Commission for it’s IPO disclosures (it’s now thought that Snap didn’t accurately represent the competition from Facebook).

While Snapchat is innovative, other apps (like Instagram) are able to watch as Snapchat implements new ideas, and then create versions of their own. Users are leaving in waves as people switch to apps like Instagram and their friends follow. Facebook has the advantage here, as its already large revenues mean it can afford to minimise changes that disrupt the user’s experience – whereas Snap needs to be bolder in order to tempt advertisers.

However, Snap remains one of the most innovative social platforms out there, and it’s working hard to replace lost users. It’s targeting the over 35 market, which is an interesting diversion from its teenaged roots – but of course, this group will have more money to spend.

The popular saying is, if you’re not paying for the product, it’s because you are the product. It may be true, but there are ways that social platforms can run their apps and networks that balance the needs of advertisers with user experience. In 2019, we’ll see these platforms place a renewed emphasis on getting this balance right.

3. The fight against fake news

Every social media platform has had to tackle fake news in 2018. Research has shown that fake news travels faster than the truth on social media, and given its reported impact on elections and social conflicts around the world, it’s needed a remedy, urgently.

When WhatsApp was used to spread fake news about child kidnapping in India, it led to a series of lynchings as innocent people were attacked simply for being the stranger who appeared in the village. To combat this, WhatsApp launched an advertising campaign in India to warn people of the dangers of fake news.

Facebook removed hundreds of accounts before the US Midterms in a bid to prevent fake news swaying the result. Facebook is also looking at using AI and fact checkers to monitor for fake news. Meanwhile, Twitter deleted millions of accounts that it deemed to be suspicious.

As Renee DiResta, policy head at Data for Democracy and research director at New Knowledge, has said, social media platforms and governments will need to work together to fight the fake news problem. It will be interesting to see if they manage to cooperate more effectively in 2019.

Social media platforms have come under increasing scrutiny as a result of the various scandals they’ve faced. There’s been increased chatter about toxicity, and an entire campaign calling on people to #deleteFacebook. And yet consumers continue to use social media to create connections with each other, and with brands. For the platforms, 2019 must be all about rebuilding trust and protecting share, as well as driving innovation. It’s going to be interesting to watch! 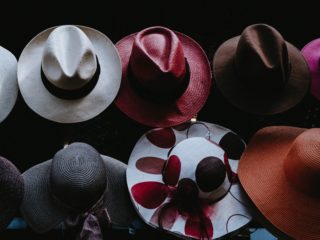 Previous Post (p) Five behavioural trends that are shaping social media: what we learned from 2018, and the need-to-know facts for brands planning social media in 2019 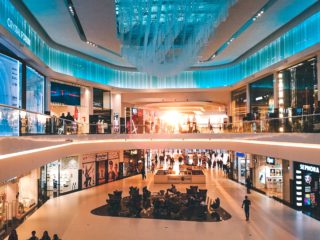 Next Post (n) Social media engagement over the holidays: how did retailers fare?