Political ads on Facebook are back in the news ahead of the U.S. election cycle (that starts way too early if you ask me).

Facebook has decided to reject a request from the Biden campaign to remove an ad, posted by the Trump campaign, which targeted Joe Biden’s son.

The ad alleges that Presidential candidate Joe Biden tried to withhold tax-payer money from Ukraine to influence that country to cease an investigation into his son.

Okay, that’s all terribly confusing, but here’s the important thing: Facebook made a decision to leave Trump’s ad up even though the Biden camp has demonstrably shown the claim is false.

Ermm what? Yep. Facebook has decided that it should not interfere with free speech – it considers the Trump ad free speech if I didn’t mention that – even though it may be slanderous.

Katie Harbath, Facebook’s head of global elections policy, said: “Our approach is grounded in Facebook’s fundamental belief in free expression, respect for the democratic process, and the belief that, in mature democracies with a free press, political speech is already arguably the most scrutinized speech there is.”

Now add on to that the speech Mark Zuckerberg gave last week in which he defended the decision and added that “people having the power to express themselves at scale is a new kind of force in the world — a Fifth Estate alongside the other power structures of society.” He’s absolutely right about that, but what I think is being missed here is that the misinformation that Facebook is allowing to be published (whether it’s coming from a Democratic or Republican candidate) is skewing the conversation and not giving anyone an even playing field.

But what does this all mean for the 2020 election, and what does Zuckerberg’s speech on October 17th give us in terms of insights of how the company is approaching political ads?

Well Facebook has decided that they won’t be fact checking political ads.

Let that sink in for a second.

In theory, candidates could post whatever they want. This isn’t new to us, really, but the idea that social media is going to play an even larger role in this election than in any previous election, does bring up the question of the role that Facebook should be playing in the spread of misinformation.

Granted, they’re not a news organization, something Cheryl Sandberg is keen to remind people of, but should they have a role in at least fact checking political ads before they’re posted to their platform? I would argue 100% yes, especially given the massive number of people on the social platform.

Beyond that, this also means this election is going to be fraught with arguments from both sides of the political spectrum of unfair treatment, down right preposterous behavior, and all manner of interesting political advertising because unlike more traditional media outlets, there really hasn’t been regulation of political advertising on social media.

Now layer all of this with what we know are fake accounts, no matter where in the world they come from, pushing a political agenda and we’ve got ourselves a right conundrum. Facebook should step up, recognize itself as the global social media leader, and take some responsibility for what people on their platform are seeing. Otherwise, we’re setting a dangerous precedent. 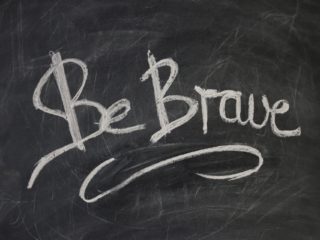 Previous Post (p) Are You a Brave Leader? 6 things we learned to help us move the industry forward 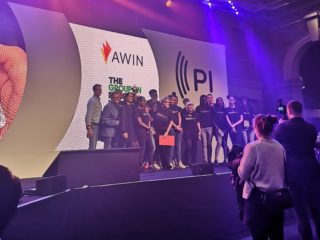 Next Post (n) What do young people really want?