With more and more headlines in the US around the consequences of posting on social media, the labeling and ethics of cancel culture, and internet media as a whole being manipulated by governments, both people and brands must consider what they are posting with a long-term vision in mind.

How will identities and reputations be affected years into the future by what is posted now?

There is a perceived curtain between people in real life and online that manifests itself in so many ways. Your friend’s mom seems to think it’s totally acceptable to post hateful anti-muslim memes on her Facebook visible to all 800 of her friends. Your sister is using an online dating app and has received completely unsolicited dick pics. Even the less obvious altered realities are important to think about; the photos we allow to be visible on our networks are hand-picked, filtered, and project who we want to be rather than who we actually are in real life.

The internet gives people perceived control. It’s a Black Mirror episode, you think you’re anonymous when you’re trolling a celebrity but that comment exists somewhere and people will read it. Even with a real name attached to an account, people do not feel the weight of communication online as being “real” but the reality of culture existing online means that it can and will affect people.

In the US, a shift is happening where more people are being held accountable for their actions online, especially people in positions of power (for the rest of this commentary I’ll be referencing the US unless specifically stated). Where at one time there were no repercussions to what people did online, this is changing in a few corners of the internet. As the ethics of cancel culture are being examined, a line is being drawn about who and what can be forgiven and who and what can’t.

The policing of the internet is not new, it has existed for quite a while in the west, especially within the arenas of child safety. In other parts of the world, strict control and abuse over what is posted online has been the standard since the beginning, mostly surrounding journalistic freedom (China, Myanmar, North Korea, Vietnam, etc).

Recent events in the US around folks posting violent or hateful comments have ended up with very real consequences.

Last week, news broke that two policemen in New Orleans were fired for posting on Facebook that Congresswoman Alexandra Ocasio-Cortez should be shot. This news on the heels of the secret border patrol Facebook Group where agents freely posted horrific memes and jokes aimed at people held in detention centers on the border. Police departments across the US are unable to turn away from the research the Plain View Project has released that exposes police officers who have posted content to social that undermines their position as officers. The Plain View Project has created a database searchable by location and name of police officers and their posts that could undermine the public’s trust of the police.

The ethics of where to draw the line of how “serious” posting on the internet is, seems to be up for debate now. The reality is that even though social media may seem like a charade or a cultural bi-product, it is actually very real and plays host to how people view the world, their leaders, and their lives. Quite a few countries have an “internet kill switch” to shut down all access (including the UK), one of the biggest examples of that being used was during the Egyptian revolution in 2011. It’s clear that our governments understand how powerful the internet is as an organizational tool, but the manipulation of the US presidential election in 2016 and the ongoing genocide in Myanmar also show that the internet is easily used as a propaganda weapon as well.

No matter if it’s a personal account or an entire country, and no matter where public opinion lands with how to deal with cancel culture, the reality of the internet as a controlled and monitored platform is here, for better or for worse.

What people are posting online today will follow them for the rest of their lives, their children’s lives, and if global warming doesn’t cook all of human life before their grandchildren are around, that content will haunt those kids, too. Facial recognition is already in use, and the databases of our faces are probably getting more robust every time one of those hilarious photo-apps goes viral.

All this doom and gloom to say, what you post online matters. It may seem inconsequential in the moment. This week I filmed a grocery-store cake made to look like a giant hamburger for my Instagram story, because I love grocery store cake decorating (totally normal) – that’s harmless, right? Two generations from now who knows what that will be interpreted as. One thing is certain, where people and companies stand in history will be much easier to track than ever before.

What does this mean for brands on social media? I think the implications could be even more interesting. There are huge brands in existence now that had very close ties to the Third Reich. I know people who to this day won’t buy anything from those brands for that reason. Not many people, but they are out there. Is that the OG cancel culture? The question for brands now is, will enough people care about what brands did today, 10 years from now? Do people even care today?

The nihilist in me thinks that most people do not care, or they do care but pick and choose their battles. It’s expensive to put your money where your mouth is. Do you buy everything in your cart on Prime Day to save some money, or do you support the Amazon workers striking over inhumane working conditions? Do you donate the money you saved on Amazon Prime Day to the ACLU or Racies?

What does rise to the top now and historically, in every media format, are brands that assume their role in helping shape culture in a positive way.

Using their influence ($$$) or creating influence that goes beyond selling and into positive change and inspiration is the absolute best case scenario. On social, that’s the difference between a paid content calendar and having an actual conversation with someone who is unhappy, or telling the story of where your product comes from. Brands that elicit a positive emotional response and hold themselves accountable will be the brands that Generation Z will hold on to. If a brand can have a positive, personal relationship with their customer, that loyalty could last for the rest of that person’s life. The toughest question we are all faced with is defining what is “positive,” which I’m always happy to share my thoughts on in a real, personal conversation.

The consequences of being on the wrong side of history and identifying as such on social media are real and will stick around far into the future. No matter where cancel culture “lands,” in the spectrum of public opinion now, identities of people and brands will be easily referenced and judged for years and generations to come.

You can find Elizabeth via her longevity-proofed posts (?) on Twitter and Instagram or via email at elizabeth.koenig@thesocialelement.agency/us. 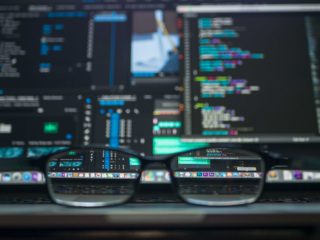 Previous Post (p) How much do we really understand about data? 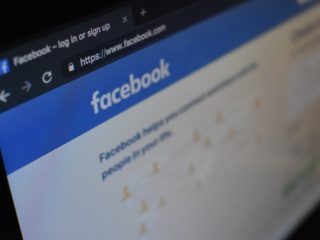