Ahhh yes, the classic story of an already controversial ride-hailing company intertwined with a contentious government, both conspiring to break up a union strike. If only Shakespeare had thought of it…
If we learned anything this week, it’s that brands can get caught in politics faster than they’d expect. As the tale below shows, it’s important for brands to define their values, and stand up for them. Because this trend of consumers looking for value statements is not going away.
Buckle up, the story ahead gets a little bumpy (I swear there are only about 5 more car puns in this post).

What happened
Last week, Uber drove straight off the proverbial cliff after announcing that surge pricing, the most painful thorn in the side of any regular Uber user, would be temporarily suspended at JFK airport in New York. Normally you might see crowds cheering at this news, but it just so happens that they did this on the same day that President Donald Trump issued a travel ban on people entering the United States from seven mainly majority-Muslim countries. Oh, and it also just so happens that Uber announced this as NYC taxi drivers went on strike at JFK for an hour to protest this ban. Coincidence? The internet thought not. 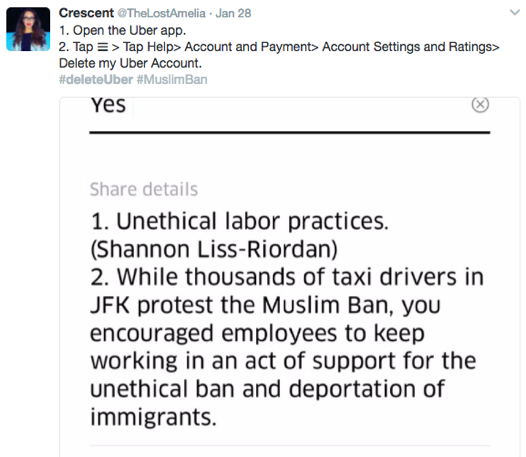 Steering itself straight into controversy – a road that the San Francisco based company is not unfamiliar with – Uber tried to put it in reverse by saying that CEO Travis Kalanick has offered to support Uber drivers that are stuck abroad as a result of the so-called Muslim ban. They also posted a message by the CEO calling the travel ban ‘unjust’. Alas, the dent had already been made. The internet erupted in a cacophony of #DeleteUber and told the company in no uncertain terms that its perceived profiteering would not be tolerated.
So what does all of this mean for Uber? And what about the other brands who got involved in politics this week? Are there any lessons for marketers to take away from this car wreck of a situation?

One misstep is all it takes
Well, first and foremost, it only takes one small misstep to land you in hot social media water. Uber isn’t the first one to figure this out, and it could be argued that their mistake over the weekend wasn’t small, but keep in mind that loyalty can be a fleeting notion – that small misstep could prevent you from taking on new clientèle and could potentially result in the loss of current clientèle. Whether you call what happened to Uber a mistake, a misstep or an evil plan, it resulted in their biggest competitor, Lyft, quickly making its way to the top of the free apps charts in the iPhone App Store, and making headlines of their own.

Everything makes its way to social media
Second, expect all disputes to make their way to social media – where they may or may not get amplified. When Starbucks CEO Howard Schultz announced plans to hire thousands of refugees in dozens of countries around the world over the next five years, he did so in a letter to all employees, but it did not stay there. The hashtag #BoycottStarbucks took off and was trending almost immediately. However, the brand was ready to respond, equipped with tweets about their veterans program and their commitment to opening stores in minority communities. Overall, this is business as usual for Starbucks – not their first #BoycottStarbucks rodeo – but the brand knew the news would spread on social, and they were ready. 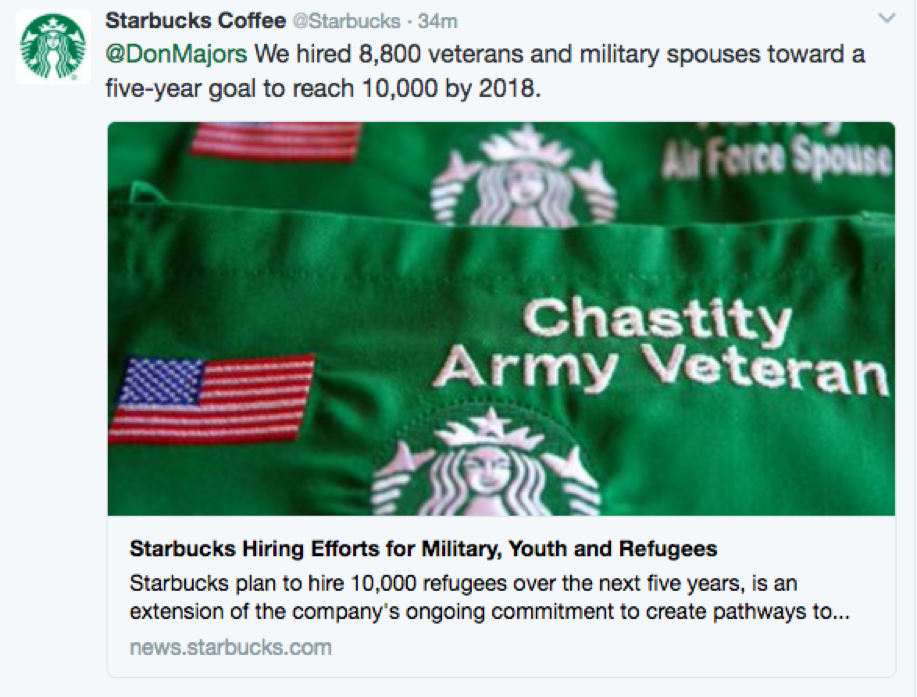 Your values matter
Next, you’re not just a brand. Consumers today, especially younger consumers, expect a brand to be as much of a person as they are. This means that consumers expect you to have beliefs and uphold values… And they won’t be shy about telling you when they think you’ve gone against those values.
The importance of following trends and understanding the context in which your actions will be understood also should not be ignored. Marketers should be aware that in this day and age, consumers will connect a brand’s actions and statements to a broader context and extrapolate values from these – even if the brand did not intend to make such a statement.
In this case, Uber underestimated the serious tone of the situation it was getting involved in. Removing the price surge was not a routine operation. There was a broader context out there which, as marketers, we should always beware of.

This is not going away – own your values
Finally, and perhaps most importantly, we’re living in politically charged times – you’re not going to be able to appease everyone. While #DeleteUber was a much more viral movement, there was a smaller movement of users who tweeted support for Uber and its CEO, just like others took hold of #DrinkStarbucks. In social media, people will find a cause and adopt it – often loudly so. This is why the values and beliefs that make up your brand identity should be clear, and as marketers, we should stand by them.

Clear brand values should dictate when and how you respond to issues like this, but make sure you’re not just responding for the fun of it. A genuine core belief is easier to spot than you think.

Previous Post (p) The Social Element: A New Brand for a New Era 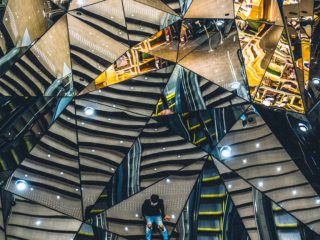 Next Post (n) The 3 Big Issues Brands Need to Think About on Safer Internet Day.