Many companies at some point have innocently uploaded a photo on their social media page that they didn’t own, and shouldn’t have used, to the extent that it’s almost been seen as an online cultural norm.
But this is changing. As technology gets more sophisticated, and people become more aware of the issues around copyright (and have the technical means to enforce their rights), it’s important to understand how to stay on the right side of the law.
In this post, I’ll answer some of the most commonly asked questions about when and how you can use photos on social media sites. It’s important to note that this applies to use in the UK only.
In a sense, the law gives photos ‘special treatment’ over other forms of copyright, recognising the high value and impact of a picture compared to words. (This high value is why we all want to use compelling photos on our social media pages and blogs.)

I need a picture to go with my blog post. Can I upload one I’ve found online?

The starting point of the law is that photos – like any other content – are protected by copyright. Copyright means, literally, that you have the right to stop someone else copying your work.
So, if you’ve taken an original photo (or created a design, or drawn a picture), you own it, and no-one can copy it without your permission. This is an automatic right, and you don’t need a contract, a registration or legal advice to ‘copyright’ something.  Generally, if you made it, you own the copyright.

There are three circumstances in which you can use a picture:

In all circumstances, you must consider the content as well as the copyright. Do you have the right to display the content? If not, you can’t use it (for example, if the photo is of a famous person, a brand or another copyright work such as a painting).

If I find a photo in Google Images, is that ok to use?

No, not unless you fall into one of the three categories of permitted use described above. And if you don’t, you can get caught. Blogger and writer Roni Loren discovered the hard way that grabbing an image from Google Images can lead to a costly and emotionally draining legal battle. Ignorance isn’t a legal defence when it comes to copyright.

I paid a freelance photographer to take pictures for me. Surely that means I own them?

No, it doesn’t. Under UK law, the photographer retains copyright even if you paid them to take the pictures, unless you have a specific agreement to the contrary. You should always have at least a written licence from your photographer or, if you want ownership, then an assignment of the copyright so you become the owner.

I employ someone who took some photos at an event we attended. Do I own the photos?

Yes. If you employ someone full- or part-time, and part of their job is to take pictures for you, then you own the rights to those pictures. But if it’s a contractor or a freelancer, you don’t.

I want to link to someone else’s picture – is that ok?

How the technology works is key here.  Linking to an original picture is fine as that’s not technically copying. Some technology will show a ‘preview’ of the picture (for example, if you share a picture on Facebook, you’re always pointing people back to the original, rather than reproducing it onto your news feed) which can be copyright infringement.
But still take care with links.  As technology advances this is a developing area legally (i.e. there are some cases because companies are feeling aggrieved at the loss of revenue).
If there is any more than a pure link (such as a thumbnail preview or copy of the title in the link) it may well be copyright infringement.  And you still need to take care with the content of what you link to, as the UK Court has recently suggested website and blog owners have liability for any unlawful content they link to.

My photo includes a brand logo. Does this matter?

It might do. It really depends on your intent and the context. If you’ve taken a photo of, for example, the McDonald’s logo, and plastered it all over your blog promoting an alternative to McDonald’s, you are effectively reproducing the logo, and that could be breaching copyright (and trademark) laws.
If you’ve taken a photo of a high street scene, and there happens to be a McDonald’s in view, that shows a different intent and context – you’re not infringing the rights in the logo, but showing a picture of a typical high street.

It can’t be that much of a risk, can it? Who’s going to know if I’ve copied a picture?

The risk involved depends on the value of the image.  This can depend on factors such as: how much the legitimate use of the picture would have cost; commercial damage from publication of the photo; and hurt feelings or upset if it discloses private information.
There are some uses that that have lower risk than others. For example, you might go to a festival and use a photo (owned by someone else) of a band performing on stage to illustrate your blog. That would be copyright infringement. But if the photographer sued you, and it turned out this photo was  just one of thousands of pictures shared by non-professional photographers on a social networking site the damage from that copyright breach might be relatively low. If it was an exclusive gig with only accredited photographers in attendance and you copied one of these exclusive photos, the damages could be considerable.
The sophistication of web crawler technology means that it’s getting easier to find who’s copying photos online and to prove the copying. If you reproduce a high-value picture, you could be up against teams of lawyers dedicated to finding copyright breaches and extracting money from infringers.

Can I use a picture of a celebrity?

If you don’t own the photo, copyright applies in the normal way. But assuming you have copyright, there are other issues to consider.  Whether you can use the photo depends on the content, context and the information revealed in each picture. There are three main questions to answer:
1. Does the picture reveal private, confidential information which might cause offence to that person and has not previously been known or seen? If so, use with caution.
In 2004, the Daily Mirror published a picture of Naomi Campbell leaving a Narcotics Anonymous meeting. She claimed this was a breach of confidence, revealing previously ‘secret’ information about her. The courts will balance this against any public interest in disclosing the information. In the Campbell case, The Daily Mirror claimed this was the public interest in proving she had made misleading statements about not having a drug problem previously.
2. Should they reasonably expect privacy? There have been a host of cases looking at the different contexts in which celebrities may expect privacy. These involve the UK Courts looking at breach of confidence as well as the European Court of Human Rights where they grapple with the balance between the right to a family life and freedom of expression:

The right to privacy is lost if the picture and the context of their use make a ‘contribution to a debate of general interest.’ A judge said it was acceptable to publish a picture of Princess Caroline of Monaco taken during a holiday on a secluded beach, as the picture was used to illustrate an article about her father’s health and so made a contribution to this debate of legitimate public interest.
This is a difficult area to navigate or predict legally. It is important to remember that in this category, each publication of a photograph is seen as a fresh intrusion. So if you cut-and-paste from a news article you are likely to have personal liability.
This is another area where the courts recognise the impact of pictures over words.  In several cases, judges have acknowledged that the fact a photo reveals every ‘gory detail’ means the rules applying to use of photos of private situations must be very strict and the ‘public interest’ defence is applied with caution.
3. Does the use of the picture imply some kind of commercial relationship or endorsement?  Context matters. If you use a photo to imply endorsement of a celebrity, then there are reasonable damages associated with that. The public are savvy enough to assume the celebrity will have been paid for that picture, and if they haven’t, then the damages would probably be in line with their usual fee for a comparable photo (if not considerably more).

How about a photo of someone in the street?

The same rules for celebrities apply to the man, woman and child on the street. Technically, if you’re revealing private data about that person you could be liable. The difference with celebrities is that there is less likely to be damage.  As a result it is not something that the courts have had to consider often.
There are some cases, though. A picture of a witness in a court case and (in a separate instance) a picture of a defendant were both held to have infringed.
A judge also said that publication of a picture of a baby in a private hospital ward was infringing. The parents’ consent was not sought. Key factors here were that access to the ward was limited, and the baby was the sole subject of the picture.
The level of risk here really depends on the potential damage to that person. If you take a holiday snap, and there happen to be other people in it, the overwhelming likelihood is there will be no risk of damage to those people.

What rights does a creative commons licence give me?

There are different types of creative commons licences, and which type you have dictates how you can use the picture. Uses might be:

The only way to find out for each licence is to check the licence terms for the particular picture you want to use.
All creative commons licences require attribution.  Each author can specify how they want to be attributed, so again, check the terms of the licence. Attributions include:

I want to use a photo but know I have to attribute it. How do I do this?

I want to use a photo that someone else has submitted to my social network or blog. Is this ok?

You can use the picture if the person submitting it owns the rights to it, and your terms and conditions state that by uploading it they are granting you a licence to use it. In your Ts & Cs, be clear that users shouldn’t upload pictures they don’t have the copyright to.
If you have any other questions on using photos on social media, let me know in our comments section, and I’ll do my best to answer them.

This blog expresses the views of the author only.  It is not legal advice and is not intended to be relied upon.  If you have a legal concern about any of the issues covered in this blog, we recommend you seek independent legal advice. 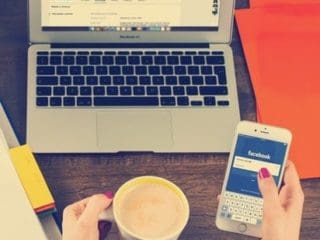 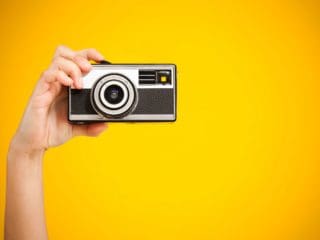